Hello folks! I wanted to make a post highlighting the Echinopsis mirabilis whos common name is the Flower of Prayer. The past few days has been an exciting time for this plant. I brought it home from Lowe’s on March 29 because I thought it was really neat. It is a very dark green, almost black which was one of the things I found very interesting. 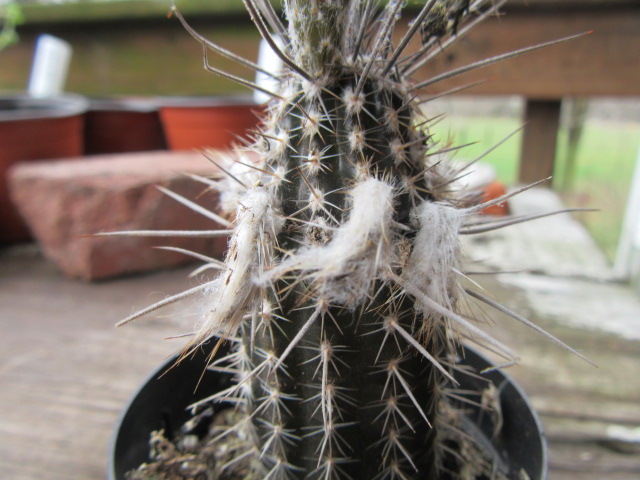 There were several wooly looking appendages sticking out of it and an old flower stem. Well, of course, I had to bring it home. 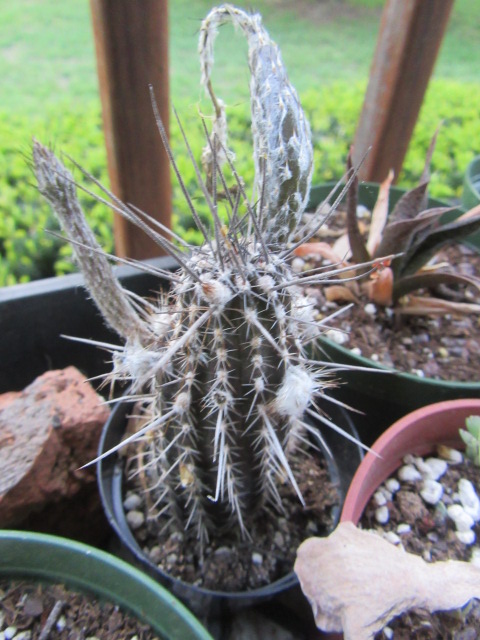 On May 5 I noticed it was about to flower. WOW! I got pretty excited! This was going to be a whole new experience!

I almost forgot all about it until May 15 when I took the above photo. I thought how neat this was going to be for this plant to flower.

Hmmm… I had forgotten one important thing. It flowers at night and only lasts for one night. 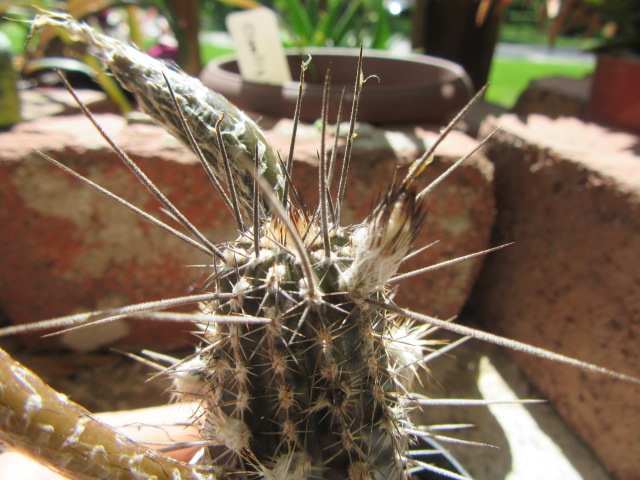 On the bright side, there is another one starting to grow. I am wondering if all those other fuzzy appendages are past flowers or where new flowers will be.

The sad thing is that this species is monocarpic and will die after it is finished flowering at some point. The good news is that the flowers are self-fertile and produce 100’s of viable seeds. That would be really interesting if their seeds came up.

I will be watching this plant like a hawk during the day and like an owl at night when the next bud starts to open! I will NOT miss it the second time. 🙂

7 comments on “Echinopsis mirabilis-Flower of Prayer”