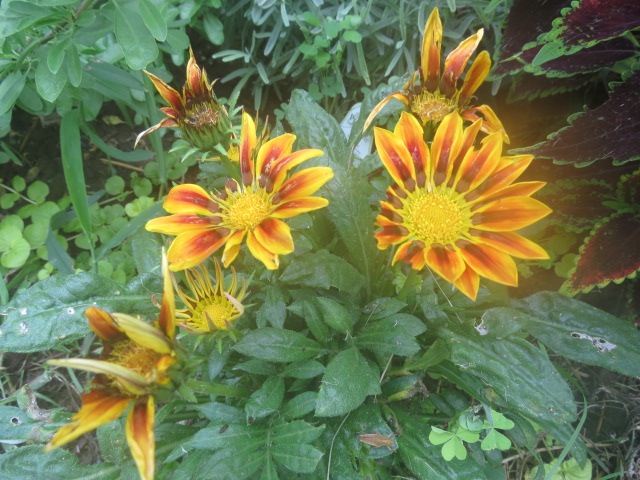 Gazania rigens (L.) Gaertn. is the accepted name for this species of Gazania. Both the genus and species were named and described as such by Joseph Gaertner in his book De Fructibus et Seminbus Plantarum in 1791. He named the genus after Theodorus de Gaza, a 15th-century translator of Theophrastus. If you want to know who that was… He was a Greek and the successor to Aristotle in the Peripatetic School. That is as far as I go. The species was first named and described as Othonna rigens by Carl von Linnaeus in Plantae Rariores Africanae in 1760.

As of 11-26-22 when this page was last updated, Plants of the World Online by Kew lists 19 accepted species in the Gazania genus. It is a member of the plant family Asteraceae with 1,689 genera. Those numbers could change as updates are made on POWO. The number of genera in this family fluctuates quite often.

Many of the species of Gazania were hard to distinguish. Helmut Roessler published a revision and listed 16 species in 1959. He then published amendments to that list in 1973…

In 2009 some more scientific work was done based on molecular phylogenetic analysis of chloroplast and nuclear DNA sequences. This revealed that 8 species were not separate but formed a species complex. All the species in his previous list were samples except for Gazania othonnites. After the testing, there were seven species found to be distinct… G. jurineifolia, G. caespitosa, G. ciliaris, G. tenuifolia, G. heterochaeta, G. schenckii, and G. lichtensteinii. 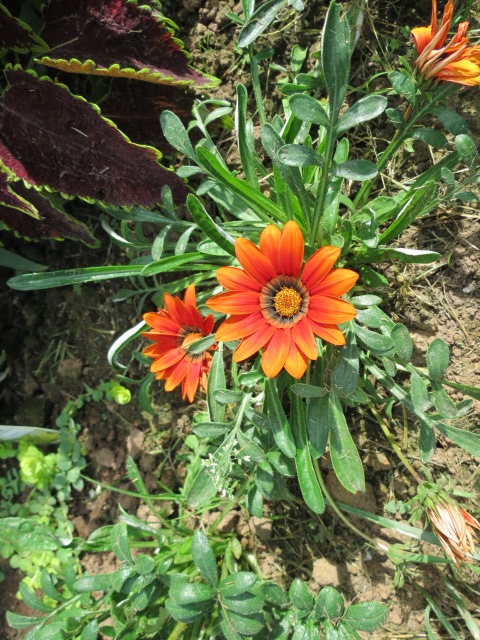 The genus is native to several countries of South Africa. They have also naturalized in Australia, New Zealand, the Mediterranean, and California.

Gazania has become a very popular plant for gardeners and comes in a wide array of colors. They flower from spring through fall in a sunny location. They are also popular because they accept a wide variety of soil and are drought-tolerant. Even so, they prefer consistent moisture in well-drained soil. Spent flowers should be removed to encourage additional flowers. 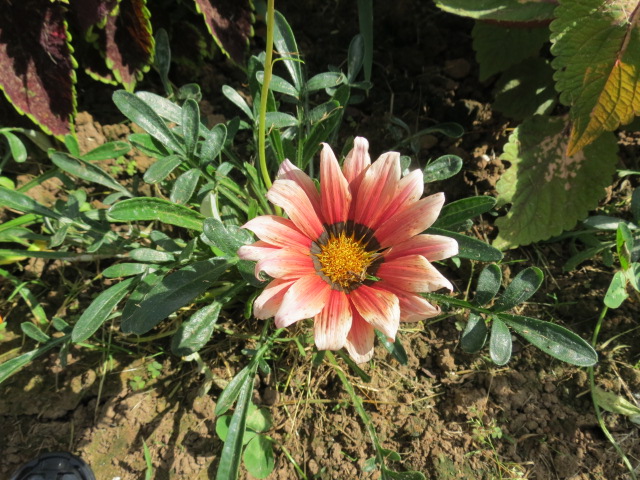 They don’t take up much space, growing to only 12” tall, in flower, and spreading no more than 12” wide. They are great for borders in flower beds, containers, and planters.

Most of what we find in greenhouses and garden centers are cultivars of Gazania rigens. 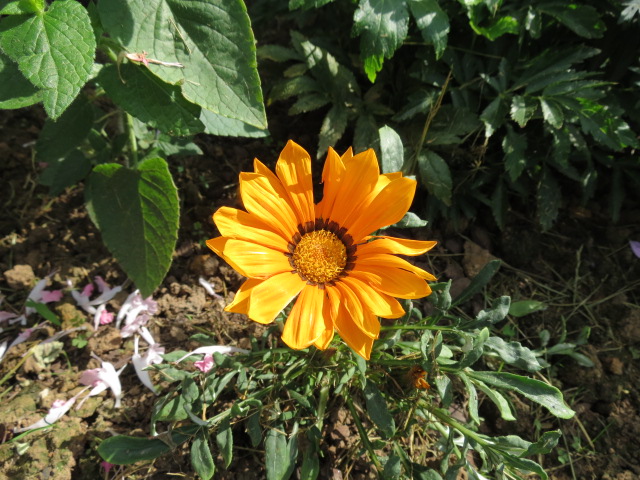 I haven’t grown any Gazania for a few years but they are great and colorful plants. Sometimes I put them in a friend’s combination planters.