I brought my Hosta ‘Blue Mouse Ears’ home from Lowe’s on April 23, 2017. This Hosta has been on my wishlist for a long time and I was glad I found one locally. This is the first miniature Hosta I have grown and hopefully the first of many.

I always take a lot of photos during the summer, sometimes only a few days apart. Please pardon the untidiness of the bed. There is always plenty to do on the farm and in the garden during the summer and sometimes the beds get a little neglected. Anyone who is a gardener knows how fast grass and weeds can come up and grow. I put the new Hosta and Heucheras in a new bed I made which was amended with “The Good Stuff”. That is decomposed cow manure and hay from where hay was fed a year or so ago. A lot of grass and weed seeds always come along. 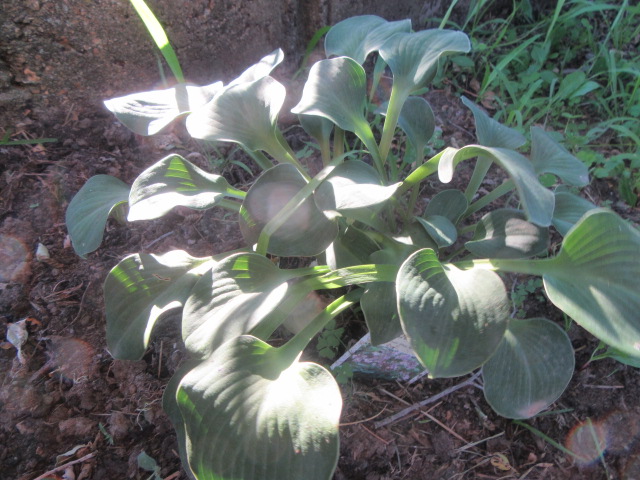 The leaves are a blue-green color and very thick. Descriptions online say the leaves kind of curl up making them resemble mouse ears.

Hosta ‘Blue Mouse Ears’ is a sport of the AWESOME Hosta ‘Blue Cadet’. It was found and introduced by Emile and Jane Dechert in 2000. 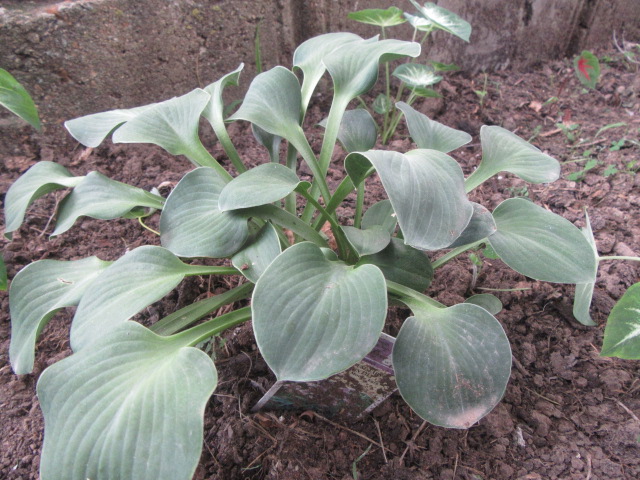 This cultivar is a multiple award winner and rightly so. Although this is our first year together, it has already made a big impression on me. 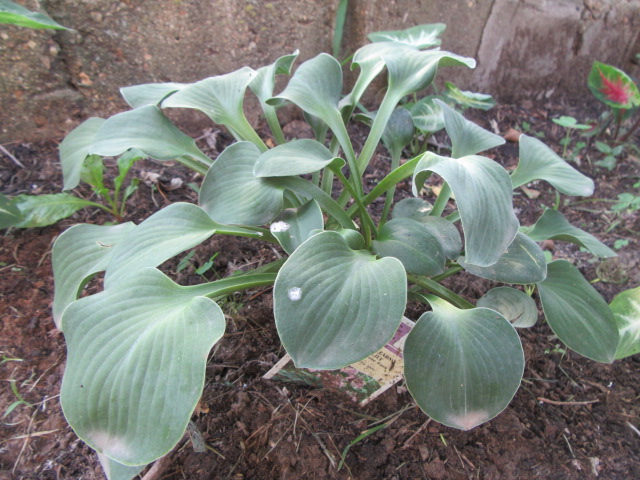 While the other new Hosta I added this year were in their “getting used to stage”, ‘Blue Mouse Ears’ almost looked like it had been here for several years. 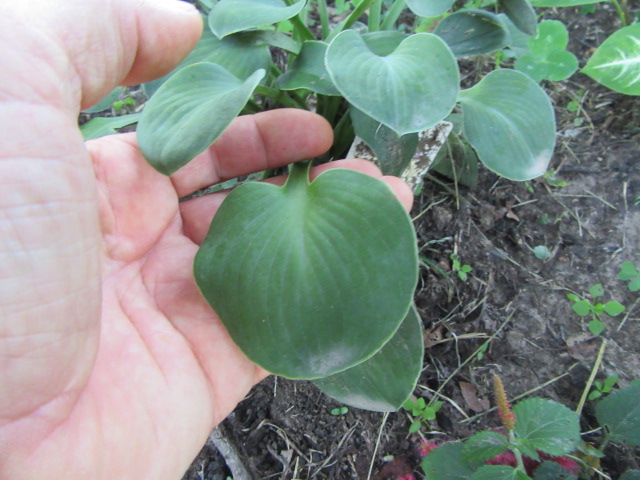 Nice small, rounded, thick, blue-green leaves. I would say “cute” but I am not sure that is a word men are supposed to use to describe anything but babies. 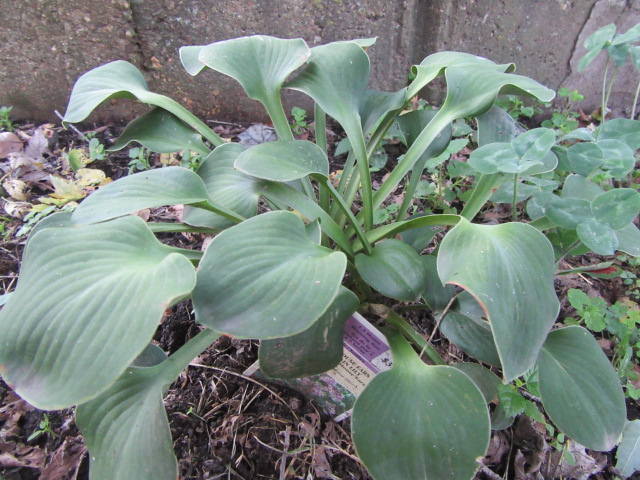 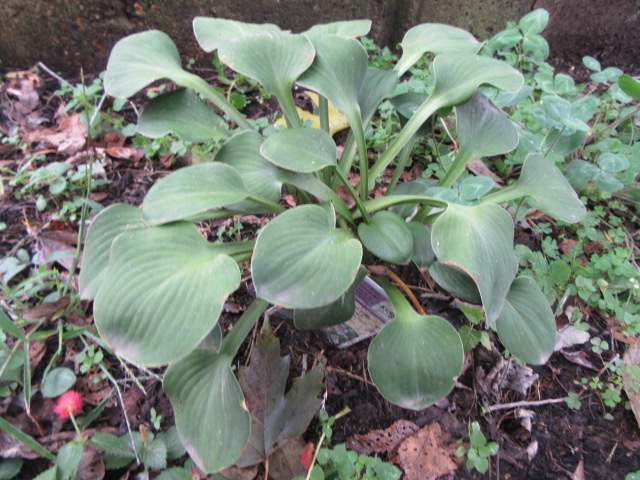 Even as the temperatures started getting cooler and daylength was decreasing, Hosta ‘Blue Mouse Ears’ still looked very good. The others were beginning to turn yellow and brown.

I always poke around in the Hosta beds as spring tries to approach. I guess I am always a bit anxious to see signs of life. Not all the Hosta were peeking through yet, but the Hosta ‘Blue Mouse Ears’ was beginning to emerge.

After another month it was getting a good start. 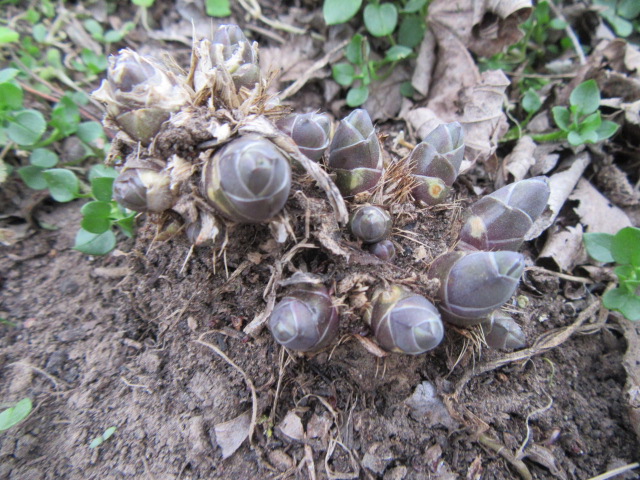 Lingering cold temps kind of slowed down the process somewhat, but eventually…

With cool evening temps, we were still a little slow… 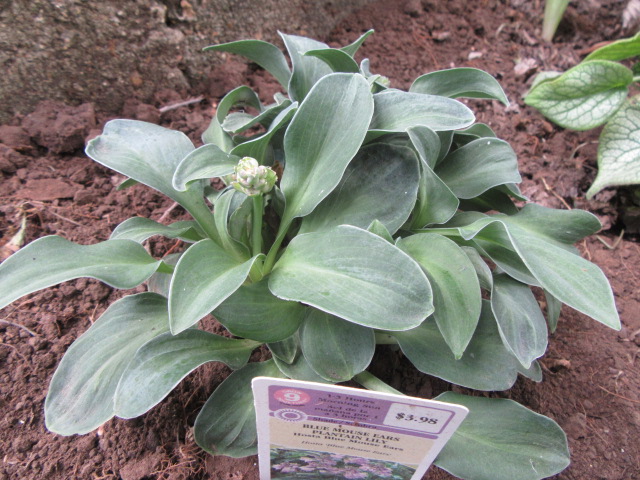 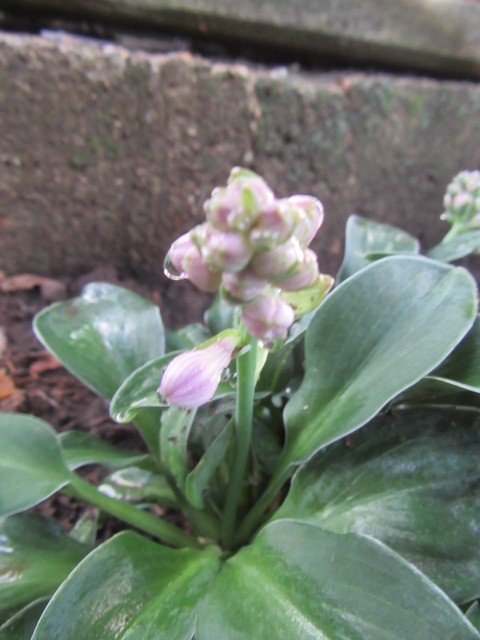 I measured the Hosta clumps on June 20 and Hosta ‘Blue Mouse Ears’ measured only 5″ tall x 9″ wide. Well, it is supposed to be small. 🙂

Even the flower stems are very short, measuring only 6 1/2″ tall. 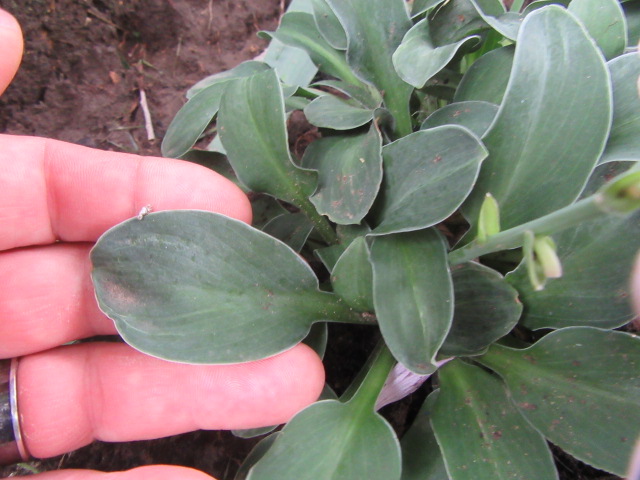 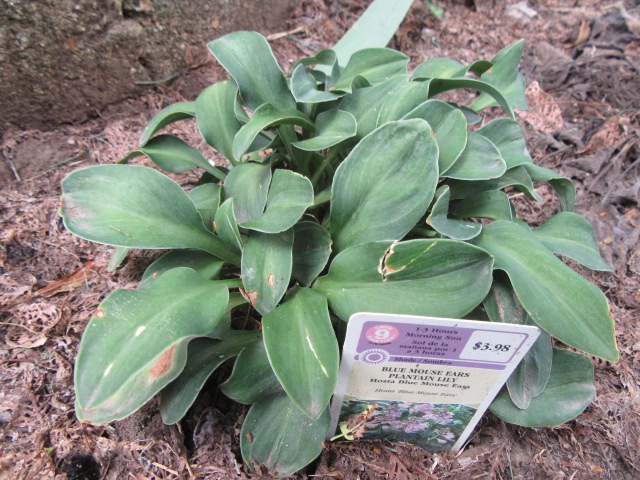 This was the last photo I took of the Hosta ‘Blue Mouse Ears’ in 2017. We had a bit of an issue with the shade because of the Japanese Beetle invasion. Two of the trees above one of the shade beds are Chinese Elms and the beetles love their leaves. It created quite a mess, but I suppose it did add a layer of mulch. But the “mostly” shady area became light shade. The Hosta ‘Blue Mouse Ears’ did fine with the extra light but they all needed to be watered more often. 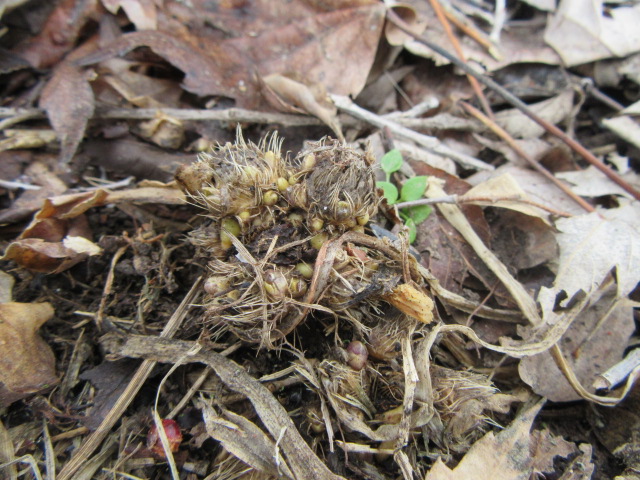 Spring was right around the corner so I took a few photos of the perennials that have started coming up. The Hosta completely disappears over the winter and I always get anxious to see when they start coming up. The above photo shows the Hosta ‘Blue Mouse Ears’ on March 10 beginning to sprout. 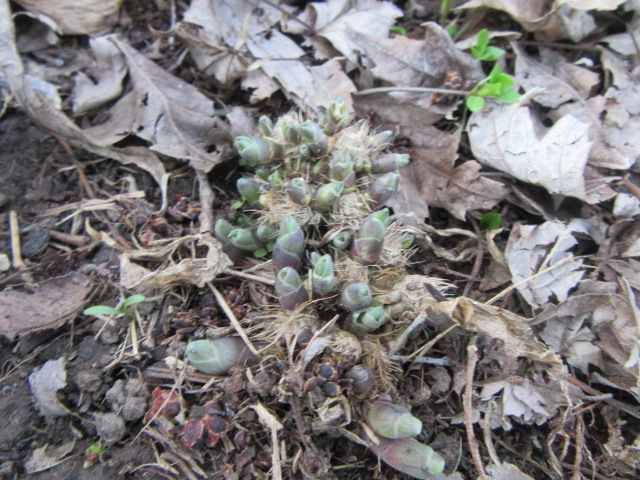 The leaves of the Hosta ‘Blue Mouse Ears’ are finally starting to unfurl. 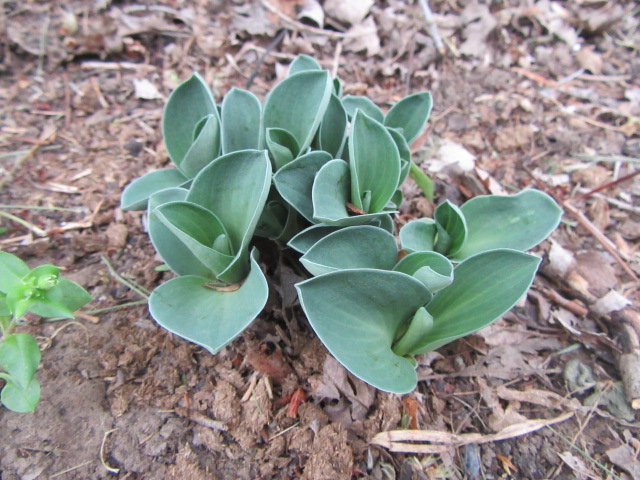 Getting in full swing by May 25… 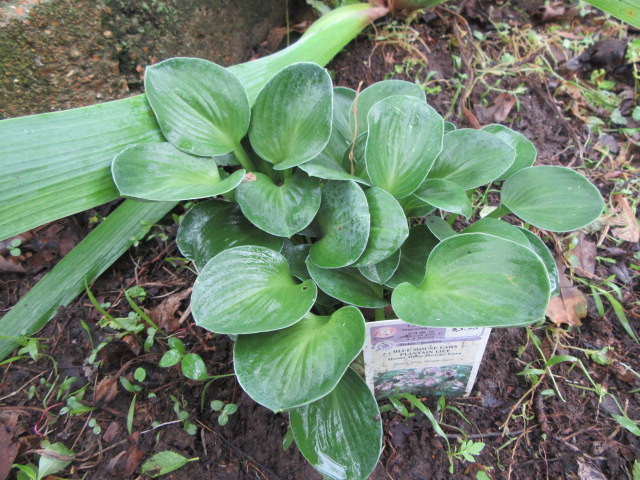 By May 15, the Hosta were well underway and looking great.

I was fairly busy over the summer in 2020 so I didn’t get to take many photos. The plants in the shade bed did very well and we had rain off and on. Luckily, we didn’t have much of a problem with the Japanese Beetles like in 2018 and 2019, so the shade beds stayed shady… 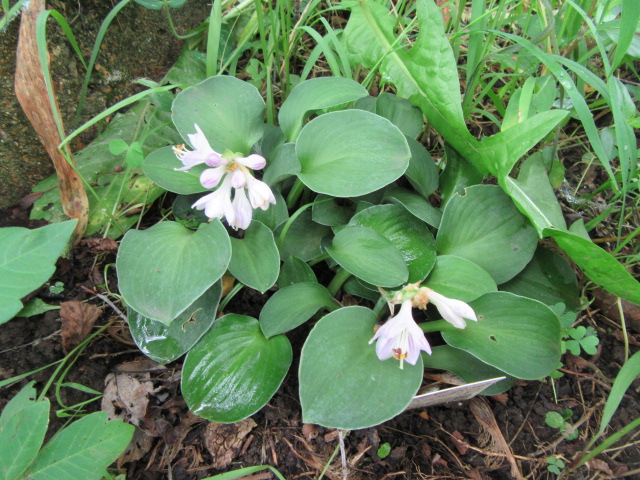 If you have any comments, questions or suggestions, I would like to hear from you. Please click on the “Like” below if you have visited this page. Click here for my page about the Hosta genus, growing information and sources. The links below are specifically for this cultivar. There are several good sources of Hosta somewhere toward the bottom on the right side of the page.