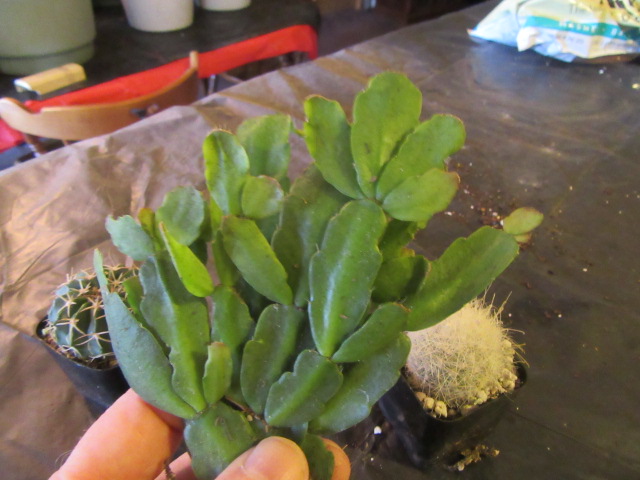 “MOST” websites and databases say Schlumbergera russelliana (Hook.) Britton & Rose is the correct and accepted scientific name for this species of Schlumbergera. It was named and described as such by Nathaniel Lord Britton and Joseph Nelson Rose in Contributions from the U.S. National Herbarium in 1913. It was first named and described as Epiphyllum russellianum by William Jackson Hooker in Botanical Magazine in 1839.

Plants of the World Online by Kew lists the scientific name as Schlumbergera russelliana (Gardner) Britton & Rose. I emailed the editor of Kew about the difference and he told me that is correct because George Gardner named it a few weeks earlier than Hooker. He said George Gardener first named and described the species as Cereus russellianus Gardner in L’Horticulteur Universel in 1839. He sent a link to the publication. The IPNI (International Plant Names Index) lists Cereus russellianus Gardener ex Hook as named and described in Botanical Magazine in 1839. That means Mr. Hooker wrote about it using Mr. Gardeners’ name and description giving him the credit. IPNI also says the name and description of the latter was nom. inval. meaning it was invalidly published… Then Mr. Hooker completely changes the name a few weeks later. Hmmm… Well, that is a little useless information for you.

Now considered a synonym, these plants are commonly still sold under the name Schlumbergera bridgesii. Schlumbergera bridgesii (Lem.) Loefgr. was named and described as such by Johan Albert Constantin Löfgren in Archivos (Arquivos) do Jardim Botânico do Rio de Janeiro in 1918. It was first named Epiphyllum bridgesii by (Antoine) Charles Lemaire in L’Illustration Horticole in 1861.

The genus, Schlumbergera Lem., was named and described by (Antoine) Charles Lemaire in Revue Horticole in 1858.

As of 11-14-21 when this page was last updated, Plants of the World Online lists 7 accepted species of Schlumbergera. It is a member of the plant family Cactaceae with 146 genera. Those numbers could change as updates are made on POWO. 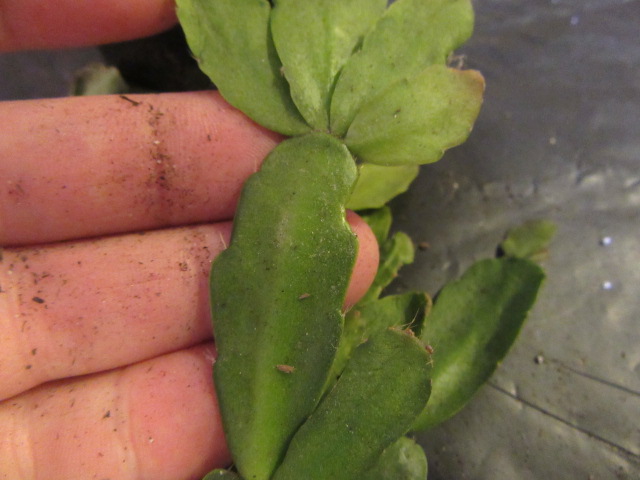 The plants arrived very well packed and in perfect condition on November 20 (2020).

There were five very nice rooted cuttings so I put three in one pot and two in another. I gave the pot of two to Mrs. Wagler. 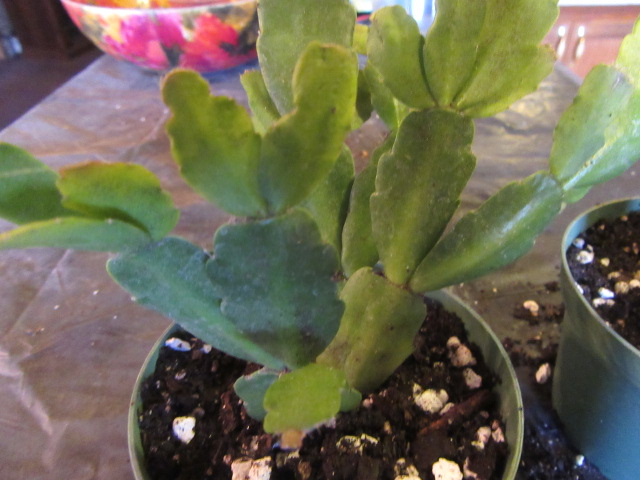 Schlumbergera species are endemic to south and southeast Brazil. Schlumbergera russelliana are native to a small area of the coastal mountains in Rio de Janeiro in southern Brazil where they grow at an altitude of 4,600-6,900 feet (1,400-2,100 meters) above sea level where they grow on trees. The species was discovered by George Gardner in 1837 (who first named it Cereus russellianus as I wrote about earlier).

Schlumbergera russelliana were crossed mainly with Schlumbergera truncata and are referred to as S. × buckleyi (T.Moore) Tjaden) or S. Buckleyi Group. Most of the plants found in retail stores are likely hybrids. It is hard to say whether the plants I ordered are the species or a hybrid since they look the same…

Some people get a little confused about what species is the “true” Christmas Cactus while others don’t really pay much attention. They think it is strange, however, when they bring plants home that are flowering at Christmas time, but the following year and thereafter they start budding in late October and flower in November. That is because growers control the flowering with light and temperature. There are two main species, and their hybrids, that flower during the holiday season. Schlumbergera russelliana and its hybrids, known as the Buckleyi Group, are usually considered Christmas Cactus because they supposedly flower a little later than Schlumbergera truncata and its hybrids. Schlumbergera truncata are considered Thanksgiving Cactus or Holiday Cactus and are supposed to flower a little ahead of Schlumbergera russelliana.

This close-up photo isn’t that great, but you can see a few bristles coming from the areoles along the edge of the segments and on top.

USEFUL INFORMATION:
Family: Cactaceae
Origin: Southeastern Brazil
Zones: USDA Zones 10b-11 (35 to 40° F)
Size: 12-24” or thereabouts…
*Light: Light to part shade. Never in full sun.
**Soil: Well-drained potting soil. These plants grow in trees and on rocks in their native habitat so they may prefer a mix similar to other epiphytic plants such as bromeliads and orchids. A 50/50 mix of Miracle Grow Potting Soil and Pumice would be great which is what I use. You can find pumice online at General Pumice
***Water: Water when soil is almost dry. Prefers consistently damp soil, not wet, when flowering. Water less often during the winter.

***Water: Regular watering during the summer, allowing soil to dry between waterings. Some sites say not to let the soil completely dry out. During flowering, you will want to keep the soil moist but not wet. After flowering, some advise to hold off on watering for a couple of months. Never let your Schlumbergera sit in a saucer (under the pot) in water.

I can honestly tell you I have let my Schlumbergera truncata potting soil get dry a multiple of times throughout the year with no negative effects. The leaves shrivel a little but they always perk back up after I water them. They are very drought tolerant and I think more so than being overwatered.

If you want to go to the page for Schlumbergera truncata and Rhipsalidopsis gaertneri, click on their names.

I will continue adding more photos and information as time goes by. There is plenty online about growing Schlumbergera as well as many videos on Youtube. They are not hard to grow and only have a few basic rules to follow.

I hope you enjoyed this page and maybe found it useful. If you have any comments, questions, or suggestions, I would like to hear from you. Please click on “like” if you visited this page. It helps us bloggers stay motivated. 🙂 You can check out the links below for further reading. The links take you directly to the genus and species of this plant. Llifle (Encyclopedia of Living Forms) link takes you to Schlumbergera x buckleyi. Their page for S. russelliana and S. bridgesii have no information. They also say S. bridgesii is a synonym of S. truncata which is incorrect. If you see I have made an error, please leave a comment or send me an email at thebelmontrooster@yahoo.com.