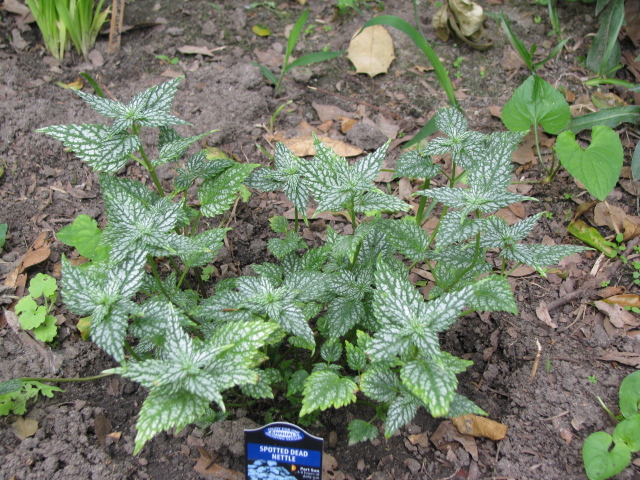 The genus, Lamium L., was also named and described as such by Carl von Linnaeus in the second edition of Species Plantarum in 1753.

Plants of the World Online by Kew lists 29 species in the Lamium genus (as of2-3-21 when I last updated this page). It is a member of the plant family Lamiaceae with 236 genera. Those numbers could change as updates are made. 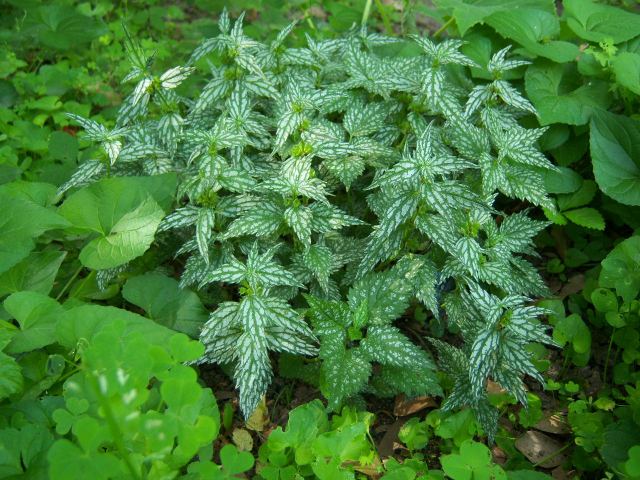 I brought this plant home from Lowe’s in Greenville, Mississippi in the spring of 2009. I was living at the mansion in Leland at the time. As you can see from the label in the above photo, it said this plant was a Spotted Dead Nettle (Lamium maculatum). That label was incorrect because this plant is Lamium galeobdolon commonly known as the Yellow Archangel.

Plants spread as stems lean over and touch the ground and take root at the leaf nodes. They also spread from self-seeding. This species is somewhat variable as far as the color of the leaves. Leaves may be solid green, mottled, or marbled with silvery-white.

Two of the most common Lamium species growing in the yard and flower beds here in west-central Missouri is the Lamium amplexicaule (Henbit) and Lamium purpureum (Deadnettle).