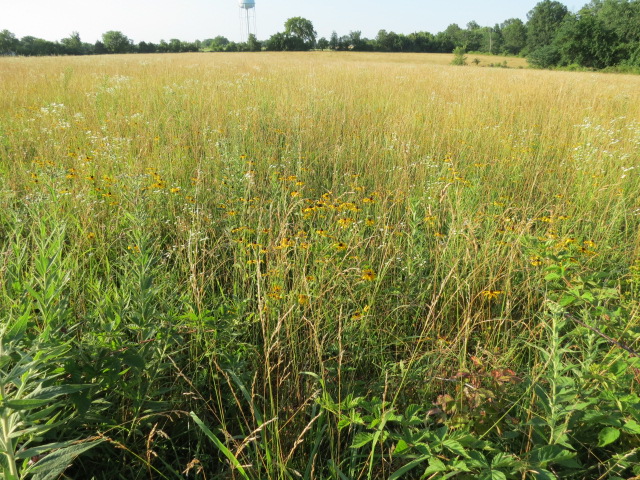 Rudbeckia hirta L. is the correct and accepted scientific name for this species of Rudbeckia. It was described by Carl von Linnaeus in Species Plantarum in 1753. There are also 3 accepted infraspecific names (varieties) of Rudbeckia hirta.

The genus, Rudbeckia L., was named and described by Carl von Linnaeus in the second edition of the first volume of Species Plantarum in 1753. Plants of the World Online currently lists 24 accepted species in the Rudbeckia genus (as of May 24, 2019 when this page was updated). This number doesn’t include possible infraspecific names within each species.

Rudbeckia hirta is traditionally the Black-Eyed Susan but it is also called the Brown-Eyed Susan. Rudbeckia triloba is also referred to as the Brown-Eyed Susan. Typically, they are called both, as are many other species in the genus because most of us don’t know one from another. You have to get into the leaves and various other specific characteristics which make them individual species. I “think” the plants pictured on this page are Rudbeckia hirta, which grow throughout the farm and in several flower beds. But, I could be mistaken… Until I have seen the err of my ways, I am sticking with Rudbeckia hirta. Of course, there could be more than one variety of Rudbeckia hirta here. Oh yeah, it is also a variable species so they can look somewhat different from one location to another. GEEZ!

The Black-Eyed Susan is a Symbol of Justice. 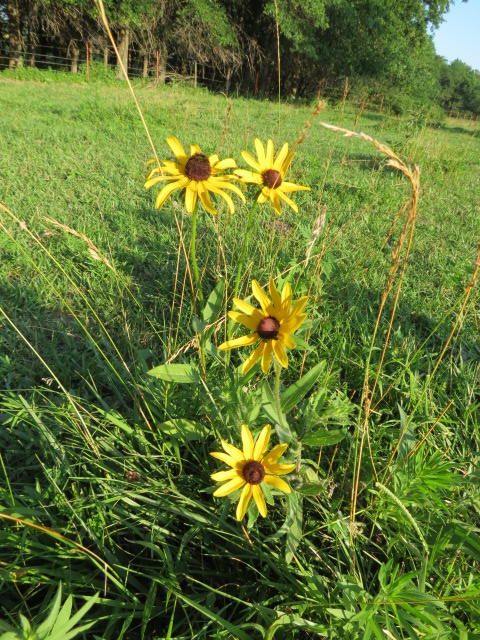 We have A LOT of Black-Eyed Susan on the farm and you can see them just about anywhere they are allowed to grow. They are a Missouri native wildflower and the USDA Plant database shows they are native everywhere in the US except Arizona and Nevada. They are also native to most of Canada. I wonder how they skipped Arizona and New Mexico. Rudbeckia hirta is the state flower of Maryland. 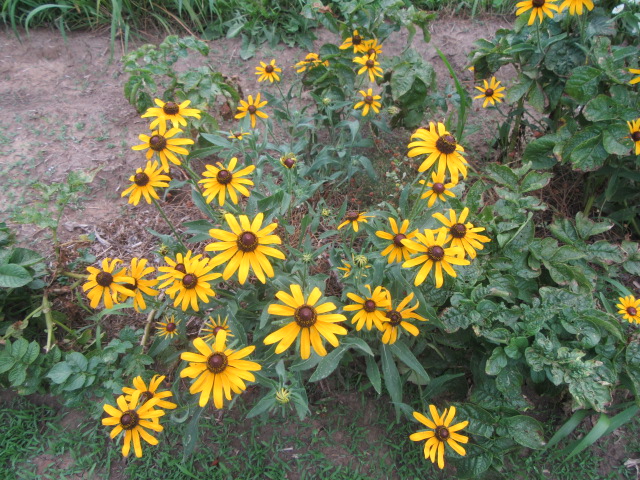 Whenever I see any of these plants in the garden or flower beds I just let them grow. Never hurts to have a few pollinators here and there for bees and butterflies.

Rudbeckia hirta is very self-seeding so deadheading when they are in your flower beds may be a good idea. There are many popular cultivars of Rudbeckia hirta and I grew three in 2017.

Various Native American tribes used Rudbeckia hirta as an herbal remedy for colds, flu, infections, swelling, and snakebite. Apparently, all parts of this plant are NOT edible, though. 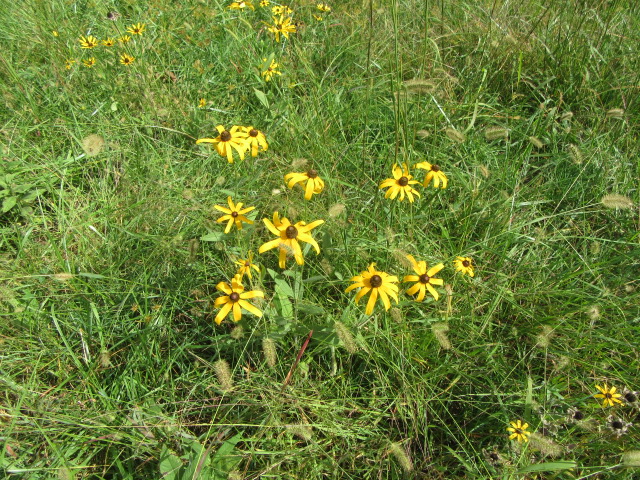 I had started getting more into the identification of wildflowers on the farm which sometimes required multiple photos of various parts of the plants. 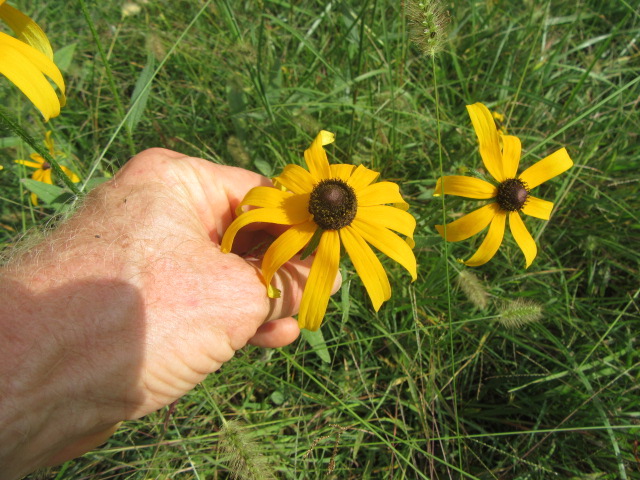 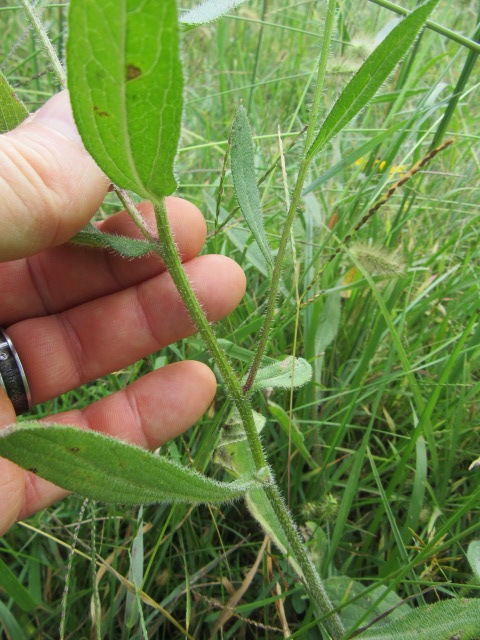 I suppose I should take more photos of the distinguishing features of this species to properly determine what it, or they, really are. Hmmm…

I will continue to add more photos and information as time goes by. I am sure they aren’t going anywhere soon. 🙂