I found this neat little dwarf Aloe at Lowe’s on April 20, 2013 in Sedalia, Missouri. The tag just said “Aloe Hybrid” so I knew I would have to do some research.

I got online and looked for Aloe with similar color and markings and found several that could have possibly been this plant. Then I found Aloe ‘Wunderkind’ developed by Brian Kemble. Brian is the curator at the Ruth Bancroft Garden in Walnut Creek, California. I was able to send him an email, with photos. I was glad to hear back from him and he said my plant could definitely be his hybrid called ‘Wunderkind’. SO, even though it could be a hybrid from someone else, I am sticking with ‘Wunderkind’. 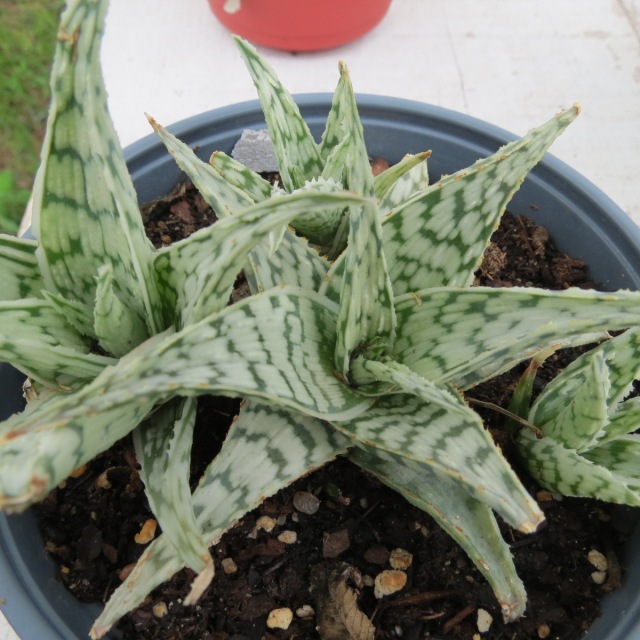 Brian told me that his Aloe x ‘Wunderkind’ was the result of an unsuccessful cross between A. somaliensis var. marmorata, He says the plant “selfed” but I have no idea what that means? Maybe he was attempting a certain result and the plant did its own thing…

As with all Aloe, they need a well-draining soil. When grown in pots, they need a soil that absorbs and drains quickly. Even though they are drought tolerant and require little water if grown in the ground, pot growing is somewhat different. Aloe are summer dormant which means most of their growth occurs in early spring through early summer and again in late summer through fall.

During their growing period, they should be watered on a regular basis if there is no rain. Even though ther are dormant during the heat of the summer I still went over them each time I watered my potted plants. I watered my Aloe very sparingly during the winter while inside.

Normally I watered my plants in the late afternoon or early evening once the sun wasn’t shining on them. However, one morning I decided to water… Later in the afternoon, I went to check on my plants and the Aloe x ‘Wunderkind’ looked like it had been boiled. Apparently, as the sun passed overhead there was still water on its leaves and inside the rosette and it definitely was boiled… Luckily one plant in the clump survived. I never did that again! 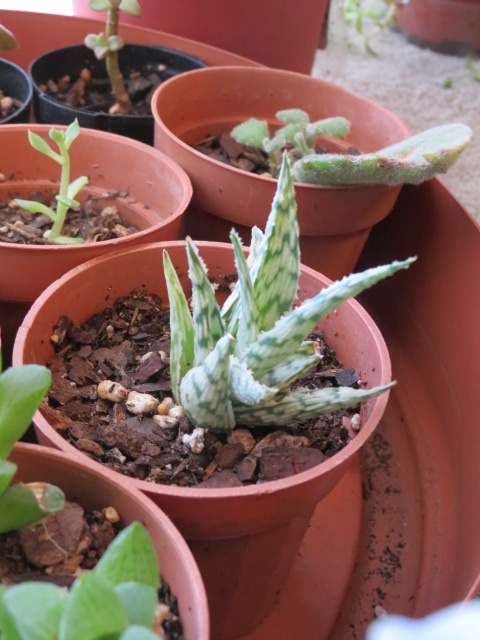 Inside for the winter once again. I put most of my succulents on a table in the front bedroom. It was a west exposure so they received a good amount of afternoon sun and the room would sometimes get quite warm. That is not really a good combination for some succulents as they should be slowing down. It caused many succulents leaves to stretch. I found out it was better to keep certain plants in the basement over the winter. Even though they didn’t get much light, the temperature stayed around 65 degrees (F). This allowed them to go through a proper dormant period and their leaves wouldn’t stretch. 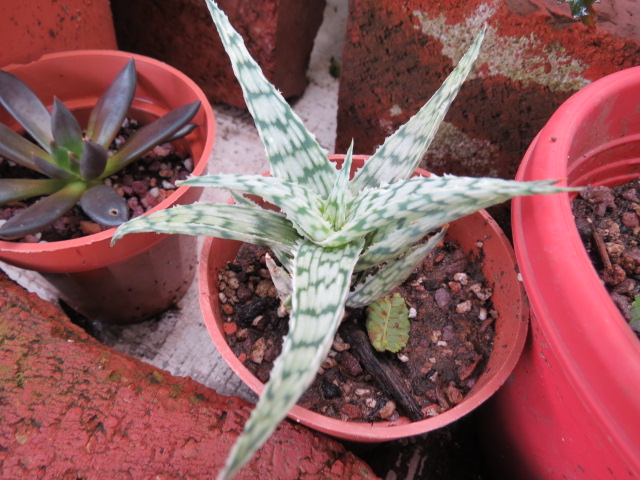 Many Aloe collectors grow their plants in full sun but I prefer morning sun and light shade the rest of the day. In Mississippi, they received a good amount of sun until about noon when they were shaded by the huge magnolia tree and the mansion the rest of the day. Here is much different. They get a little morning sun and the rest of the day they have light shade from being under an old Chinese Elm. As summer progressed and the beetles chew on the leaves of the tree, more light shines through. It works out pretty well even though I don’t care for the beetles.

I gave up most of my plants shortly after the above photo was taken. I am rebuilding my collection so maybe someday I will find another Aloe x ‘Wunderkind’.