Salvia farinacea Benth. is the accepted scientific name for this species of Salvia. It was named and described by George Bentham in Labiatarum Genera et Species in 1833.

Salvia farinacea is native to Texas, New Mexico, and the northeastern part of Mexico.

The genus, Salvia L., was named and described as such by Carl von Linnaeus in the first volume of the first edition of Species Plantarum in 1753.

As of 1-2-23 when this page was last updated, Plants of the World Online lists 1,012 species in the Salvia genus. It is a member of the plant family Lamiaceae with 232 genera. Those numbers could change as updates are made on POWO. 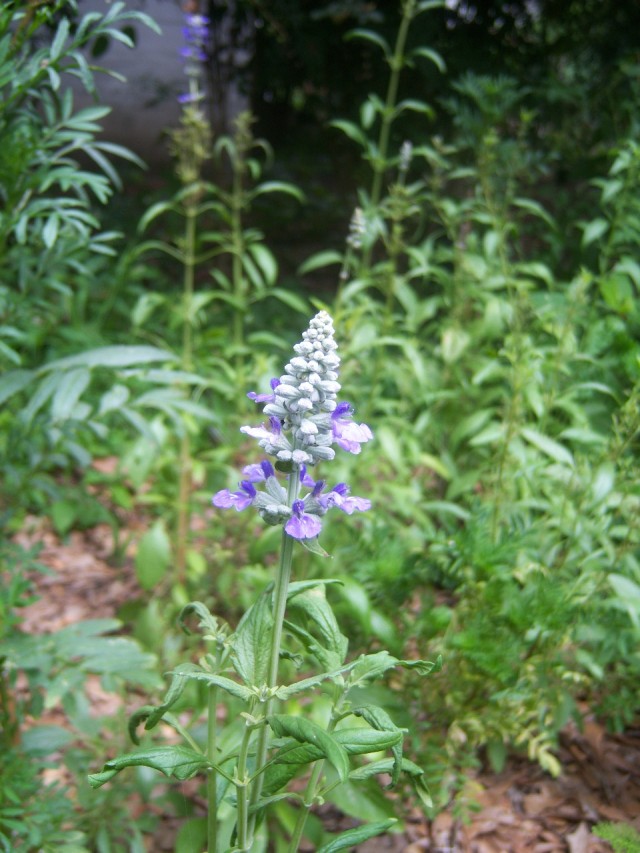 I bought seeds of the Salvia farinacea ‘Blue Bedder’ from the Dollar General store in Leland, Mississippi in the spring of 2010 or 2011. I transplanted the seedlings in the corner bed next to the den at the mansion when they were big enough.

Salvia farinacea is considered perennial in USDA zones 7b-11, although there are reports of it returning as cold as 4b-5a. They are reliably self-sowing, so maybe they come up from seed in cooler zones like my Salvia coccinea.

They do get a bit sprawly so I usually tied them up or staked them to get them to stand up. You can get a bit creative if you need to. 🙂