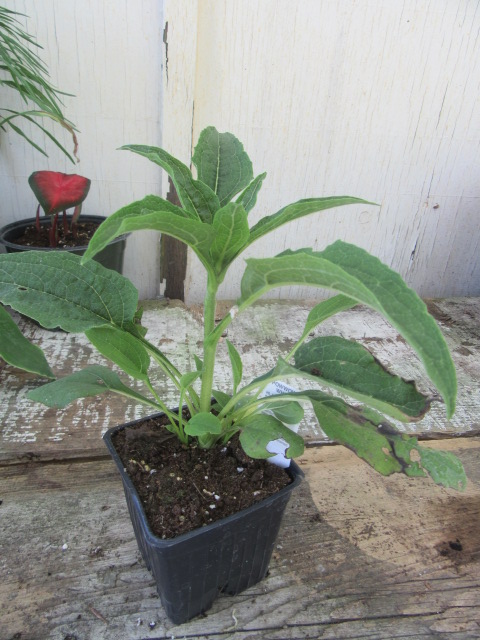 I have been wanting to try Echinacea purpurea for quite some time but just hadn’t bought any seed yet. Although there are many cultivars available, I haven’t even seen any of those at the local greenhouses or garden centers. Finally, this spring (2017), Wagler’s Greenhouse had a pretty hefty selection of the PowWow® Series. I had completely re-dug the south bed and was itching to fill it with many different perennials I hadn’t tried before. The tags in the pots of Echinacea at Wagler’s just said “PowWow® Series” and none were flowering so I only bought one on June 6.. I hadn’t heard of this series before, so I was somewhat hesitant to buy more. Personally, I would like to have the species rather than many of the cultivars because of the way some of their flowers look. The pom-pom flowers on some cultivars just aren’t appealing to me at all, nor are the cultivars whose petals don’t droop like a Coneflower should.

I think the PowWow® series of Echinacea purpurea is a PanAmerican Seed introduction. Their website says this series put more flowers on every plant than any other seed grown Echinacea. I also found out there are two colors varieties, ‘White and ‘Wild Berry’. If anyone finds out it isn’t a PanAmerican introduction, please let me know.

Well, there is a very nice colony of Echinacea purpurea down the street that that does very well… If they were growing along the highway somewhere, I would be very tempted to bring them home. But, that isn’t the case. They are growing in front of a sign for a business in their yard. GEEZ! I took her eggs before when I had extra so maybe I can take her a few more and kind of sorta bring up the Echinacea. 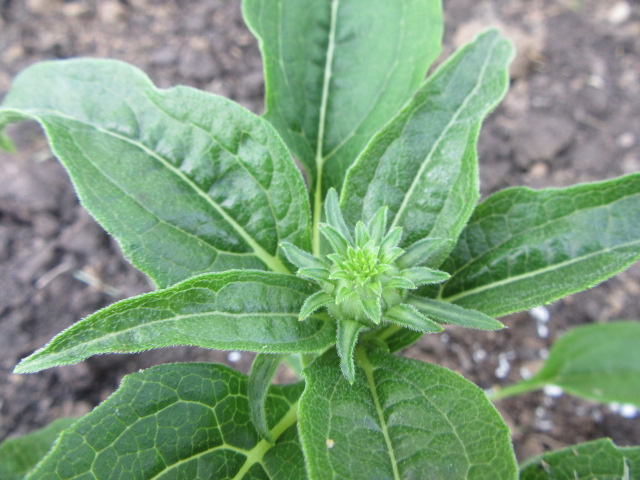 This plant was good sized when I brought it home but I was anxious to see what the flower was going to look like. I was so glad to see this bud on June 11. 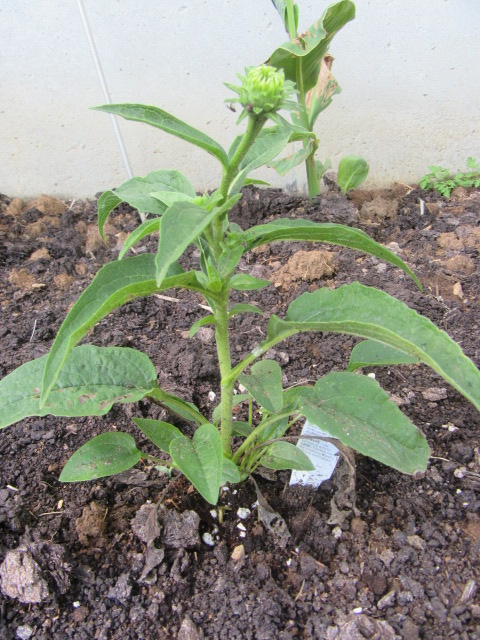 By June 18 I still wasn’t sure what color the flower would be. I was so tempted to peel it apart a little but I waited. 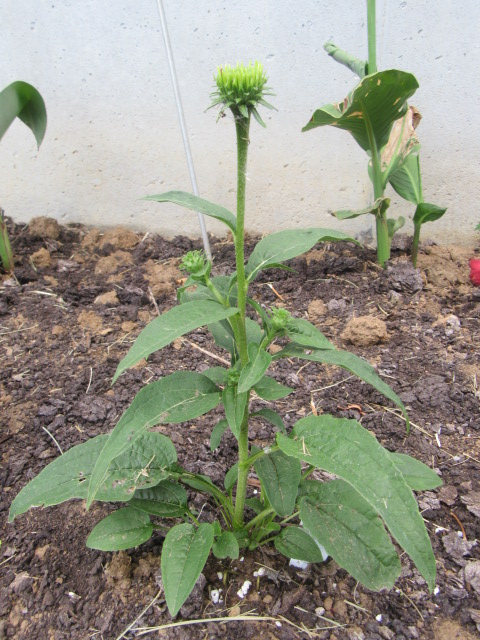 After a few days, I could tell it was going to be white.

Well, I needed MORE plants so on July 1 I went back to Waglers. This time, most of the Echinacea PowWow® were in flower so I brought home a couple of ‘Wild Berry’. 🙂

I was very happy with the performance of the three Echinacea. They grew very well, tolerated the full sun on the south side of the house, and flowered very well. PanAmerican says they don’t need to be deadheaded unless you want to keep the plants more tidy looking.

Maybe I should mention a few things you would like to know about this cultivar. While the species Echinacea purpurea can grow to 2-3′ or even taller, the PowWow® series only grows to around 16-20″ tall. Hmmm… I am pretty sure I planted them in the wrong spot of that’s the case and I should have taken the plants in front and behind them more into consideration… Probably I should have put them on the front row instead of in the middle…

Information states that Echinacea purpurea does well in full sun to light shade. They are drought tolerant once established and that is a very good thing on the south side of the house. 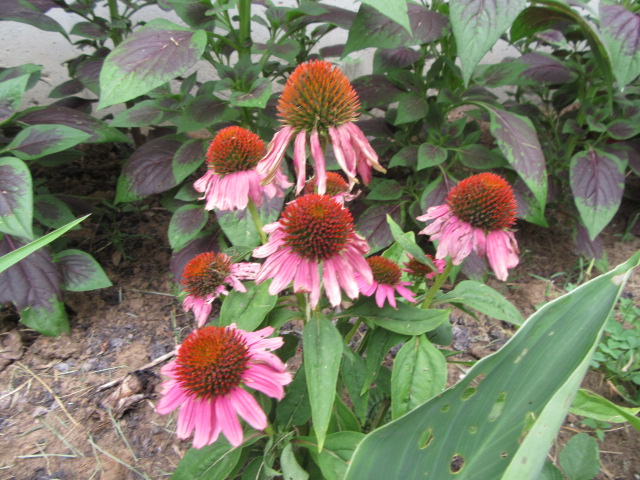 Dave’s Garden says that Echinacea purpurea is cold hardy in USDA Zones 2a-10b (-50-35 ° F) while the Missouri Botanical Garden PlantFinder says 3-8. PanAmerican Seed says the PowWow® Series is hardy in zones 4a-10b. Well, if it gets any colder than that, I am leaving anyway.

Well, by the time the photo above was taken on July 30, 2017, I could definitely tell there was going to be an issue. The Colocasia spicata ‘Cramer’s Amazon’ behind the Echinacea was going to grow to around 8 feet tall. The Marigold ‘Brocade’ was going nuts and trying to take over along the front row. In the other beds, the Marigold ‘Brocade’ did not get this HUGE so I didn’t think they would be that big of a deal. Well, they proved me wrong. Within a couple of weeks after I took the above photo, the Echinacea were covered up. I had other distractions and didn’t get the problem remedied when I should have and by the time I did the Echinacea wasn’t too happy.

The winter was much colder than it has been in the past few years, and although I did mulch, none of the Echinacea ‘PowWow” came up in the spring of 2018.

If you have any comments, questions or suggestions, I would like to hear from you. Please leave a “Like” below if you have visited this page. It helps us bloggers stay motivated. 🙂 Check out the links below for further reading. The links are about the PowWow® Series but if you want information about the Echinacea purpurea, you can check out the links HERE.