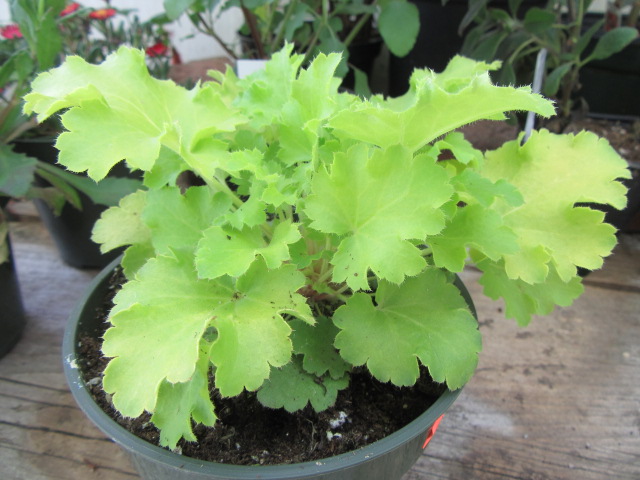 I found this Heuchera ‘Lime Ricky’ at Wildwood Greenhouse on May 5, 2018. My sister and niece had come down from the city to go plant shopping at the four local Amish greenhouses. 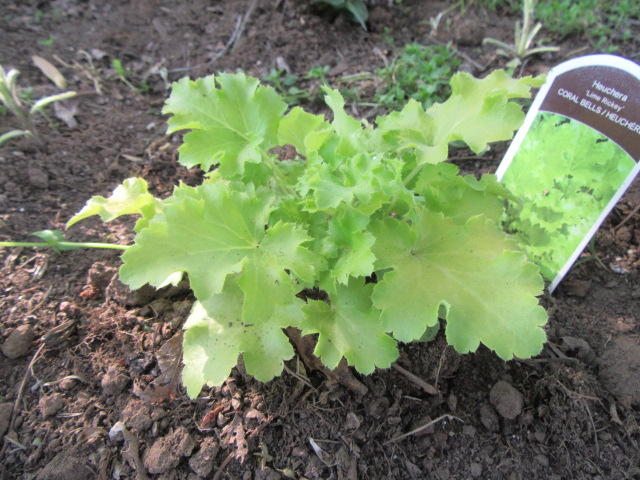 They have nice ruffled, chartreuse-green leaves that will brighten up your shade bed. This is my first Heuchera of this color.

Although information suggests they do well in full sun to part shade, I have found their leaves burn in too much light. I prefer light to part shade and where I grow them they get a combination of both, depending on the time of the summer. 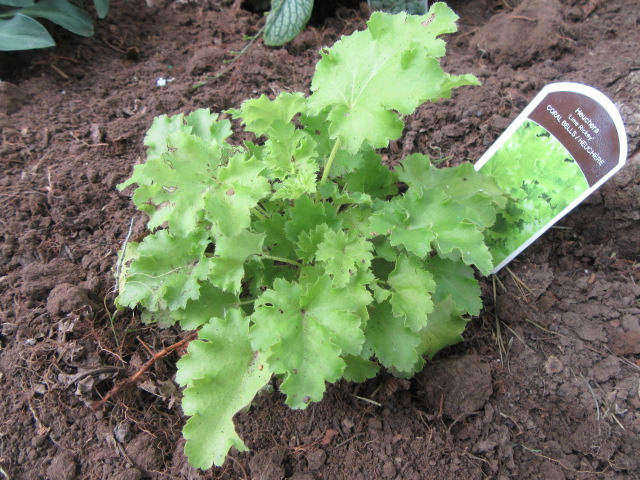 In mild winters, their leaves will remain evergreen but in cold winters they will completely die back. They are sensitive to frost heaving like Hosta so you may need to mulch your Heuchera AFTER the ground freezes. This will help keep there ground froze somewhat. Continual freezing and thawing will cause their roots to heave up, losing contact with the soil. They don’t need much mulch, though, because they still need good drainage over the winter.

Heuchera only requires a little maintenance. Trim off dead or damaged leaves in the spring and throughout the summer. Deadhead spent flowers to keep them looking tidy. 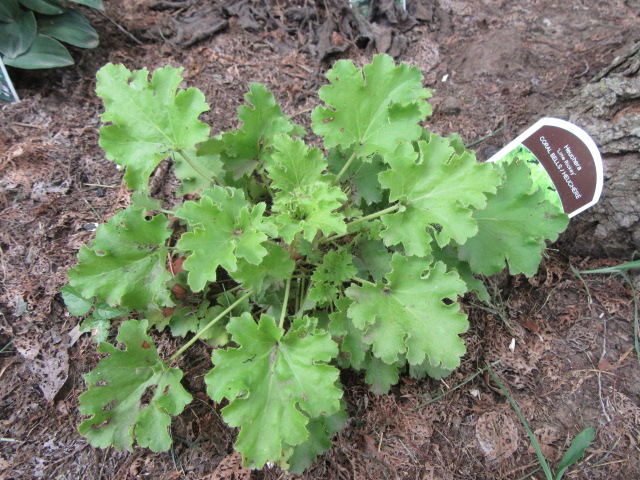 Although they do like consistently moist soil, they do not want it overly wet. They become fairly drought tolerant once established.

The Heuchera ‘Lime Rickey’ was a great performer in 2018. In fact, it performed better than the other Heuchera in 2018. Hopefully, it will survive the winter and continue to do well in 2019. I will continue adding more photos and information as time goes by. 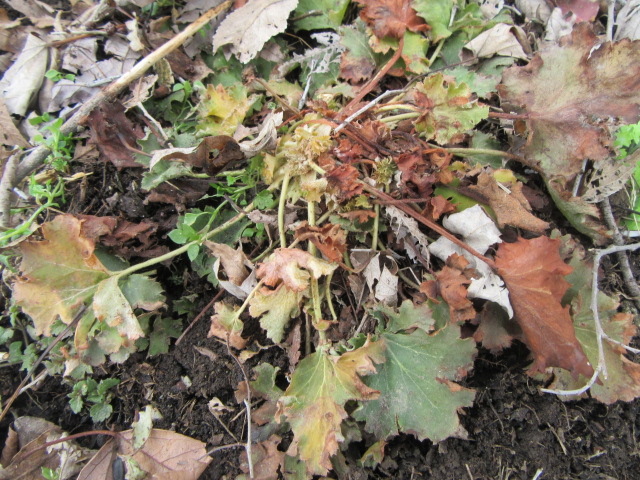 Spring was right around the corner so I took a few photos of the perennials that have started coming up. The Heuchera normally don’t completely disappear over the winter unless it is very cold. The above photo shows the Heuchera ‘Lime Rickey’ with a little new growth on March 7, 2019.