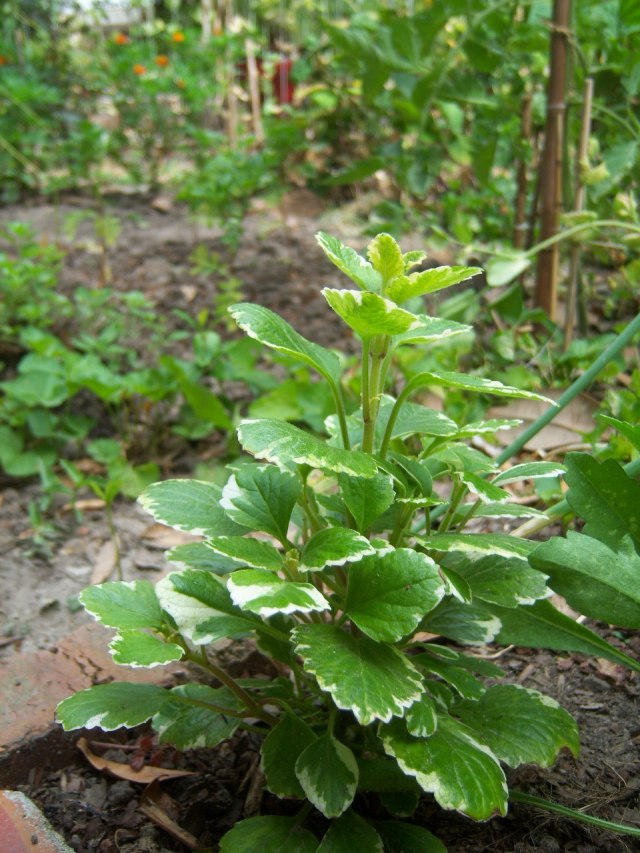 To read the research document published on Phytokeys, “Nomenclatural changes in Coleus and Plectranthus (Lamiaceae): a tale of more than two genera” by Alan J. Patton and others”, click HERE. I think this is the document presented to make the name changes.

The genus, Coleus Lour., was named and described as such by João de Loureiro in Flora Cochinchinensis in 1790.

As of 11-28-21 when this page was last updated, Plants of the World Online by Kew lists 299 species in the Coleus genus. It is a member of the plant family Lamiaceae with 233 genera. Those numbers could change as updates are made on POWO. 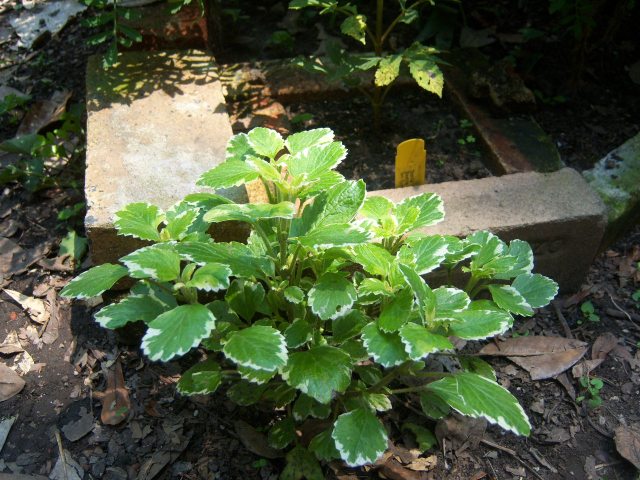 When I was a kid someone gave me a cutting of a Swedish Ivy, which was one of my first plants. I found this one when I was helping a friend set up for a wedding in Mississippi. We were in the backyard of their client and the wife had many really nice combination planters here and there. SO….. I broke off a piece of her Swedish Ivy and brought it home (no, I didn’t just stop at the Swedish Ivy). I had never grown the variegated variety, or any other Swedish Ivy since I was a kid.

Trying to figure out what the genus and species of the cutting I brought home was a little tricky, but according to the information I found online I decided it was likely Coleus forsteri ‘Marginatus’ because, at the time, it was widely available at local garden centers.

SO, when I updated this page on 2-12-21, I decided to look into the Swedish Ivy a little more so I could confuse myself all over. The genus name changing was not confusing because I knew that was going to happen for several months before it was actually official. Apparently, there are several species of Coleus/Plectranthus that have Swedish Ivy as one of their common names and variegated forms look very similar. They are Coleus forsteri, Coleus australis, and Coleus verticillatus. All are still accepted scientific names and were transferred from the genus Plectranthus to Coleus. So, what does Plants of the World Online by Kew say about Plectranthus coleoides? Well, they say it is a synonym of Plectranthus glabratus and this species is still in the Plectranthus genus. I checked that name out again because of the Swedish Ivy Proven Winner’s is calling Plectranthus coleoides ‘Variegata’. Of course, they could be right and this is a totally different Swedish Ivy I grew.

OH, when I updated this page on 11-28-21, I see POWO says Plectranthus glabratus is now a synonym of Coleus paniculatus…

SO, what is this plant actually? Well, we can narrow it down to either Coleus forsteri ‘Marginatus’ or Coleus paniculatus ‘Variegata’. In all honesty, we all know how the industry is only vaguely correct when it comes to scientific names, so it highly probable that Proven Winner’s is incorrect and their plant they are calling Plectranthus coleoides ‘Variegata’ is actually Coleus forsteri… Well, that is my opinion, so I will continue using the name Coleus forsteri ‘Marginatus’ for the name of this plant… What do you think?

While doing the research, I believe the Swedish I had years ago was what is now being called Coleus verticillatus. You can find it on Dave’s Garden and Wikipedia. Of course, you can search Plectranthus (or Coleus) australis and find many websites with similar-looking plants, both with green and variegated leaves. I am getting exhausted now… 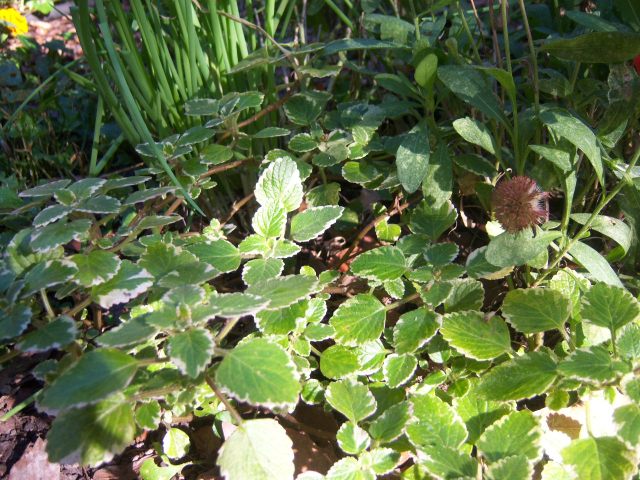 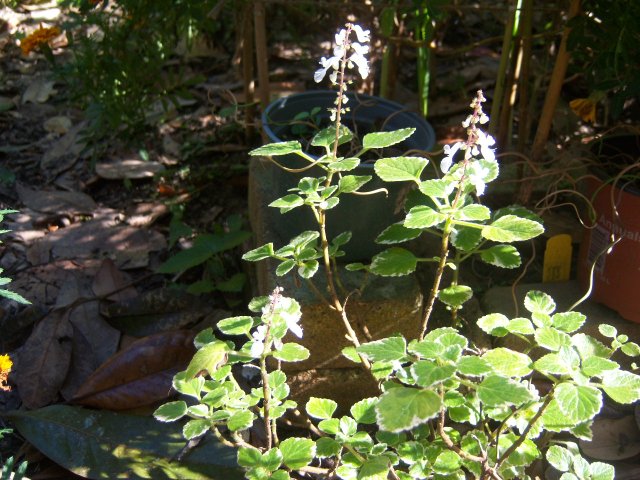 In my opinion, the Swedish Ivy, especially the variegated cultivars, is a nice addition to your collection. Whether you plant them in your flower beds, combination planters, hanging basket, or what. They are very versatile plants and aren’t finicky. You can easily take stem cuttings and spread them around as they readily root in water or in soil.

The Wikipedia page for Coleus and Plectranthus does not include the species “forsteri” for some reason (as of when I updated this page). Several of the websites below, most of them actually, still use the name Plectranthus forsteri… They may or may not update.