Ferocactus wislizeni (Engelm.) Britton & Rose is the correct and accepted scientific name for this species of Ferocactus. It was named and described as such by Nathaniel Lord Britton and Joseph Nelson Rose in Cactaceae in 1922. It was first named Echinocactus wislizeni by Georg (George) Engelmann. The International Plant Names Index says the name was published in Wislizeni Tour North Mexico 96. Tropicos says it was published in Memoir of a Tour to Northern Mexico in 1848 and includes Friedrich Adolph Wislizenus as the in-author. The tour was connected with Col. Doniphan’s Expedition in 1846 and 1947.

The genus, Ferocactus Britton & Rose, was also named and described by Mr. Britton and Mr. Rose and in the same publication as the species.

As of 11-7-21 when this page was last updated, Plants of the World Online lists 30 accepted species in the Ferocactus genus. It is a member of the plant family Cactaceae with 146 genera. That number could change as updates are made. 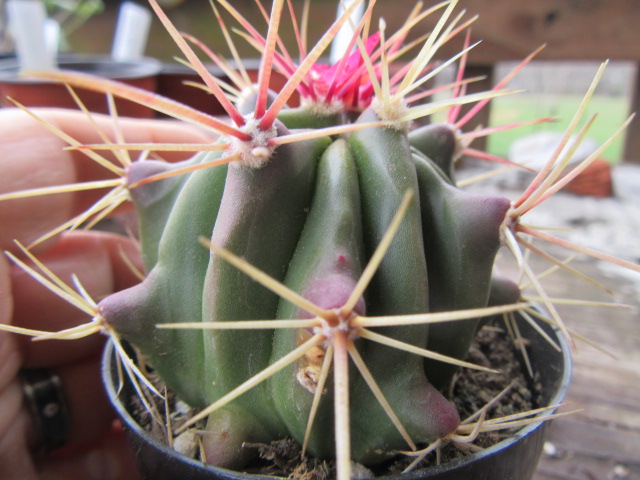 I brought this Ferocactus wislizeni home from Lowe’s on March 29 (2019). It was one of those “Strawflowers” from Altman Plants with the fake flower hot glued to the top. I managed to find three other cactus to bring home that didn’t have a strawflower.

“Ferocactus wislizenii is native to the deserts of Texas, Arizona, Baja California, and Mexico. It is believed that the spines were used in the past as fishhooks. The flowers are variable; usually yellow to a beautiful, glowing deep orange. Protect from frost to prevent scarring.” 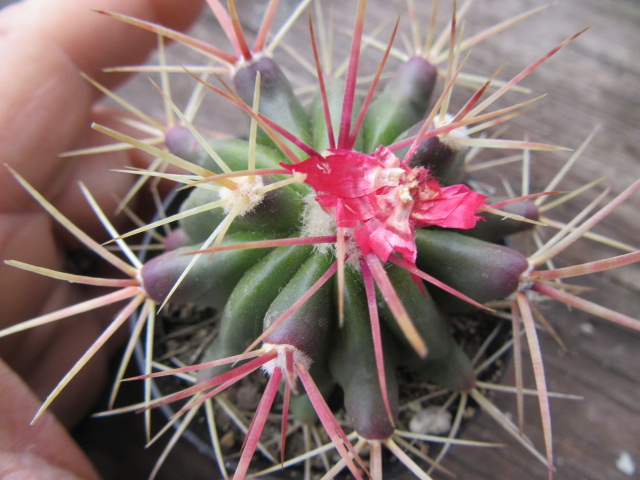 This plant is very small but in the wild, they grow HUGE and are very long-lived (up to 130 years). They have a tendency to lean south toward the equator which apparently led to one of its common names, Compass Barrel Cactus.

On June 8 I noticed this cactus doing something weird. For a minute I thought it was growing three apexes but I realized it was just growing. As the plant was growing taller it was producing three new tubercles at the same time. Thank goodness the hot glue stuck to the spines finally came off without any damage to the plant. 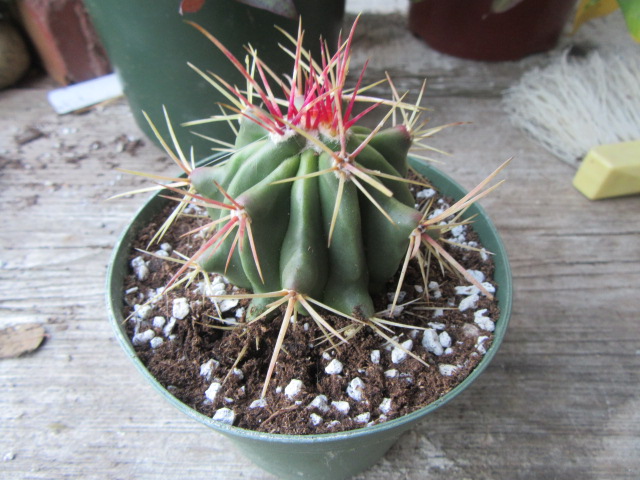 Ferocactus wislizeni has 28-30 ribs, occasionally spiraled. Ribs become less prominent with regular watering during the summer and more so during the winter with no water.

Areoles produce up to 4 central spines and 12-20 variable radial spines. This is a very small plant now, but the spines are supposed to form a dense covering and the central spines will recurve. 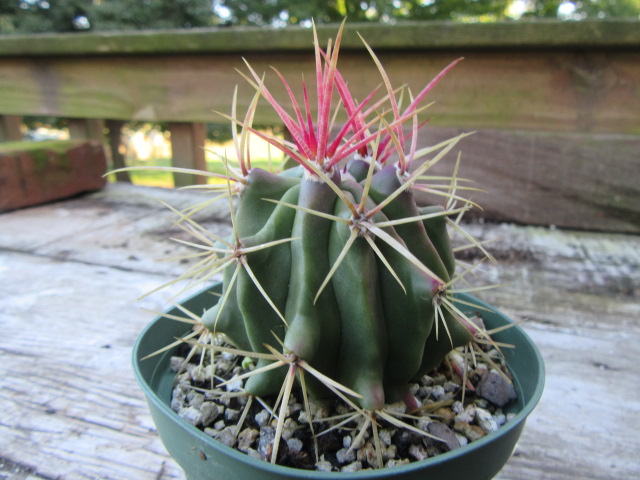 I had to move the potted plants inside for the winter on October 11 because an “F” was in the forecast. As always, I photograph the potted pants and measure the cactus and some of the succulents when I bring them inside. The Ferocactus wislizeni measured 2 1/4″ tall x 2 1/2″ wide. That’s pretty good since it was 1 5/8” tall x 2 1/8” wide when I brought it home on March 29. 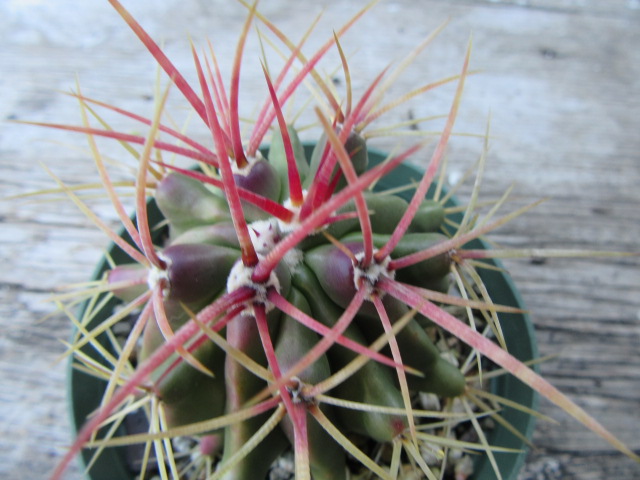 I really like this cactus with its unusual ribs and the purplish color on top. I also like the prominent red color of the spines on top of the plant. 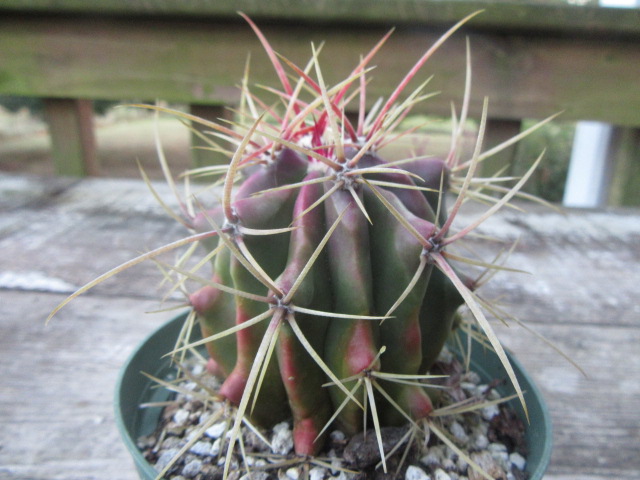 I had to move the potted plants inside for the winter on October 15 because a “F” was in the forecast. As always, I took photographs and measurements as I brought them inside. The Ferocactus wislizeni measured 2 3/8″ tall x 2 3/8″ wide (not including the spines). I like the reddish glow.

I didn’t have to move the potted plants inside for the winter until October 28 in 2021. When I moved the cactus inside the Ferocactus wislizeni had grown to 2 1/2″ tall x 3″ wide. This plant isn’t looking so well… Signs of fungal infections perhaps…

Information online says these plants need plenty of water during their active growth cycle but not to get their “bodies” wet while in direct sunlight. LLIFLE says, “A wet cactus in the sun light can cause sun burning which can lead to scars or even fungal infections and death.” Well, I never water any of my plants when the sun is on them… What is a person supposed to do If it rains in the morning and the sun comes out in the afternoon?

If you would like more information about this cactus, click on the link to Llifle (Encyclopedia of Living Forms) below.