To read the research document published on Phytokeys, “Nomenclatural changes in Coleus and Plectranthus (Lamiaceae): a tale of more than two genera” by Alan J. Patton and others”, click HERE. I think this is the document presented to make the name changes.

Now a synonym, Plectranthus scutellarioides (L.) R.Br. was described as such by Robert Brown in Prodromus Florae Novae Hollandiae in 1810.

The genus, Coleus Lour., was named and described as such by João de Loureiro in Flora Cochinchinensis in 1790.

Plants of the World Online by Kew lists 241 species in the Coleus genus (as of 2-12-21 when I last updated this page) It is a member of the plant family Lamiaceae with 236 genera. Those numbers could change as updates are made. 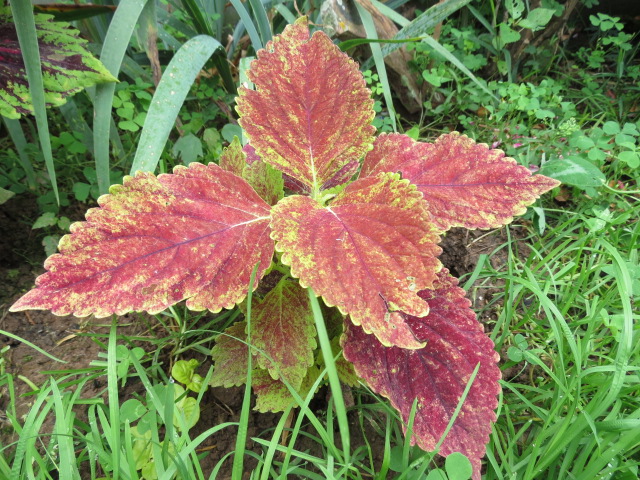 I looked online to see if I could find any information about this cultivar. There was hardly anything at all. SO, I guess this is my tribute to the Coleus ‘Florida Sunshine’.

The leaf color of the Coleus ‘Florida Sunshine’ is kind of a rusty red with borders and a few blotches of yellow. It has an upright growth habit. The older leaves get fairly good-sized.

Some of the newer Coleus cultivars do well in full sun as well as part shade. This one is supposed to be one of those… I grew mine where it was mostly shaded by the house and it did perfectly fine. It did receive a few hours of afternoon sun and maybe a little in the morning.

Some of the newer cultivars don’t produce many flowers, if any, which is a pretty good thing. Um, this cultivar is NOT one of those varieties. You will need to pinch off the flowers to make this one look it’s best.

I did like how the newer leaves started out brighter then changed color with age. 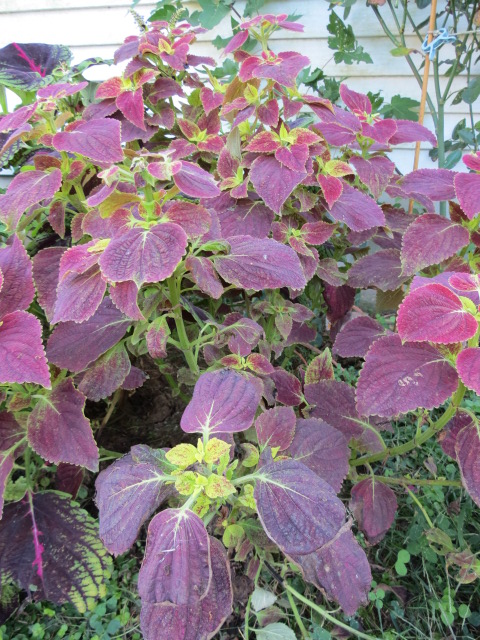 Even though the scant information online says they grow 12-18 inches tall, I believe mine grew taller. I need to start measuring plants again I guess.

Coleus ‘Florida Sunshine’ is not a patented name. SO, if you happen to recognize this Coleus by another name, they could very well be the same. It is likely this Coleus has been around for A LONG TIME being sold by many other names.

I had no problems with this Coleus. It was a strong and steady grower and very eager to please.

I hope you enjoyed my tribute to the Coleus ‘Florida Sunshine.’ If you have any questions or comments, I would love to hear them.

You can read my Coleus scutellarioides page by clicking HERE for more information and a list of all the Coleus I have grown.