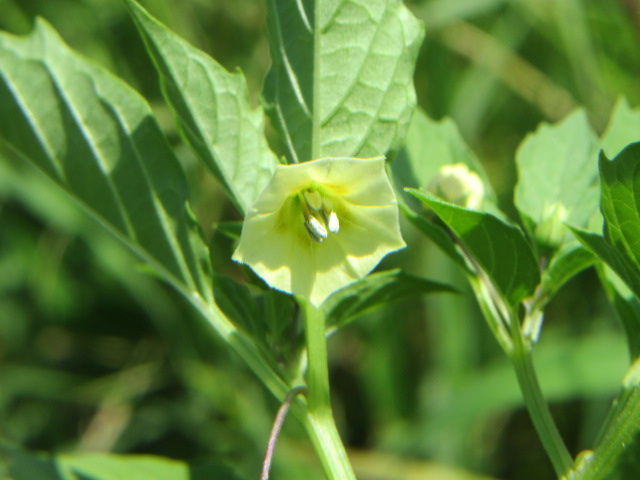 Physalis angulata L. is the accepted scientific name for this species of Physalis. The genus and species were named and described as such by Carl von Linnaeus in the first volume of the first edition of Species Plantarum in 1753.

As of 1-16-23 when I am updating this page, Plants of the World Online lists 95 species in the Physalis genus. It is a member of the plant family Solanaceae with 99 genera. Those numbers could change as updates are made on POWO. 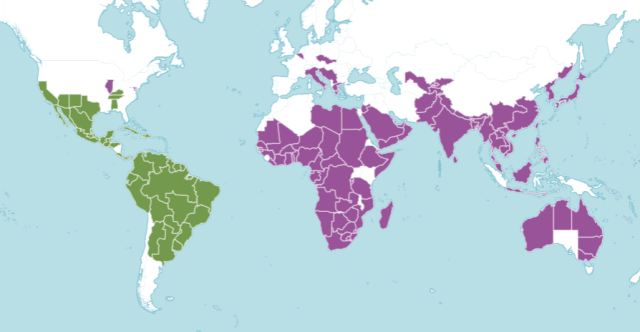 Distribution map of Physalis angulata from Plants of the World Online. Facilitated by the Royal Botanic Gardens, Kew. Published on the Internet; http://www.plantsoftheworldonline.org/. Retrieved on September 10, 2022.

The above distribution map for Physalis angulata is from Plants of the World Online. Areas in green are where the species is native and purple where it has been introduced. POWO gets their maps for North America from Flora of North America. However, FNA does not have data for this species yet. When they do, POWO will update their map. I wanted to use their map anyway to show where the species has been introduced. 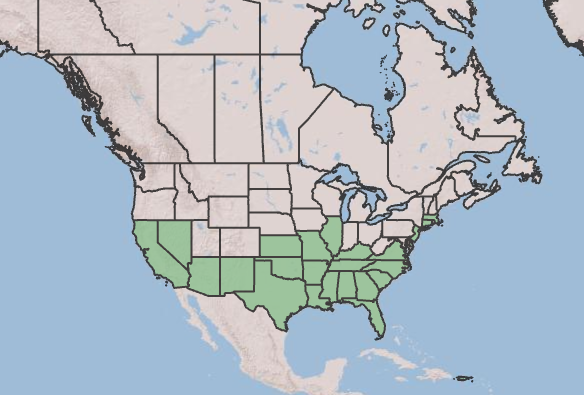 Distribution map for Physalis angulata from the USDA Plants Database. Published on the internet at https://plants.sc.egov.usda.gov/home. Retrieved on September 10, 2022.

The above distribution map for Physalis angulata is from the USDA Plants Database. As you can see, it has a much broader range… Well, we are all a work in progress. 🙂

THERE ARE SEVERAL LINKS AT THE BOTTOM OF THE PAGE FOR FURTHER READING AND TO HELP WITH A POSITIVE ID.

So, on September 1, I found a good-sized colony of Sida spinosa (Prickly Fanpetals) in an area south of the barn. It was a new species for me, or at least I hadn’t noticed them before. I didn’t get very good flower photos because I think they had run their course, so I went back the next day to see if there were any more to photograph. Unfortunately, there wasn’t BUT I stopped dead in my tracks!

HOLY CRAP! I could hardly believe my eyes! Right there in the grass was a single Physalis species. I hadn’t seen any since 2019 when I found a Physalis longifolia (Smooth Ground Cherry) in a friend’s pasture. The one I found and couldn’t find again. Then, in November 2019, I found a plant here east of the chicken house that I supposed was, or had been, P. longifolia. Since it was November, all that was left were a few dead leaves and dried fruit. This plant had been very tall.

The Physalis longifolia looked like a horsenettle, but this new plant didn’t look like that at all. I took photos and uploaded them on iNaturalist for ID. Well, low and behold, the new plant is a Physalis angulata… Now I am wondering if the dried-up plant that was north of the chicken house was actually the same species. Anyway, I have been looking for them to come up again in the same area, but none had come up. The seeds had to go somewhere. I figured unless they had been eaten, they would likely just fall on the ground. I should have picked the husked fruit and planted them myself… Live and learn! 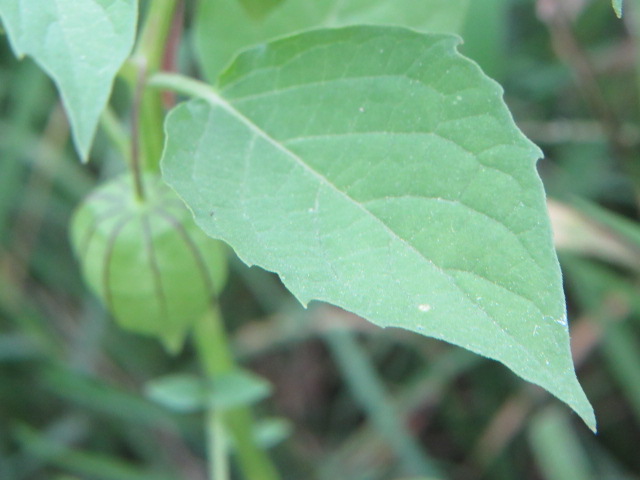 I live on a small farm in Windsor, Missouri where I enjoy gardening, collecting plants, and identifying wildflowers. The farm is in Pettis County but Henry County is across the street, and Benton and Johnson aren’t far away. I have grown over 500 different plants and identified over 250 species of wildflowers (most have pages listed on the right side of the page). I am not an expert, botanist, or horticulturalist. I just like growing, photographing, and writing about my experience. I rely on several websites for ID and a few horticulturalists I contact if I cannot figure them out. Wildflowers can be variable from location to location, so that can be a bit confusing. If you see I have made an error, please let me know so I can correct what I have written. 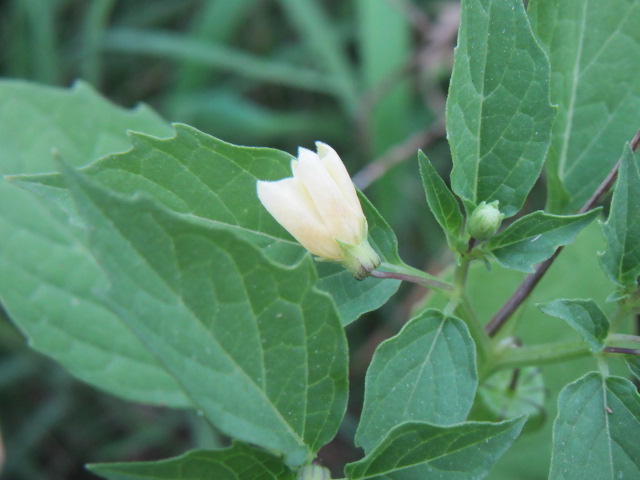 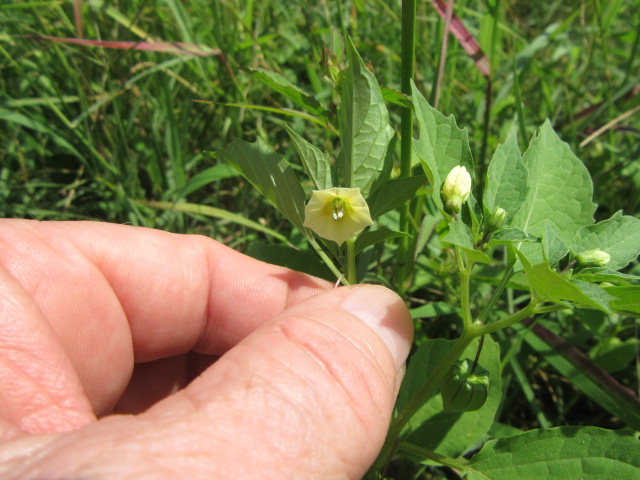