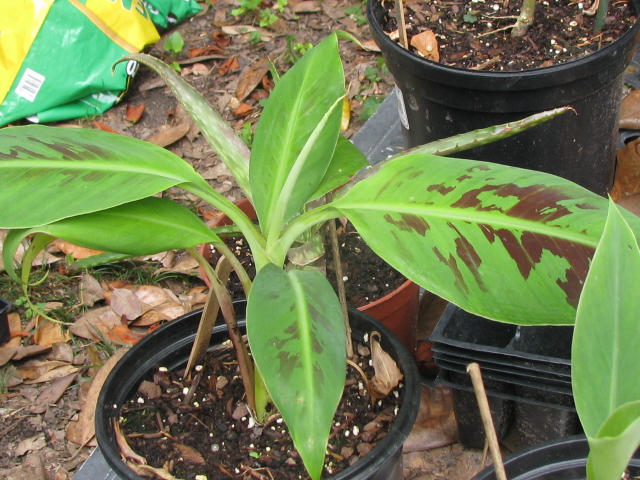 I bought my ‘Williams Hybrid’ Banana from Wellspring Gardens as a starter plant while living in Mississippi in the spring of 2009. 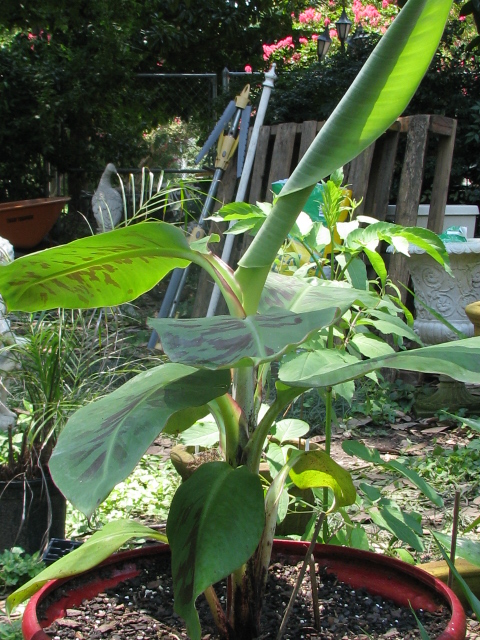 According to the internet, the ‘Williams Hybrid’ is one of the main commercial varieties. They are a mutant of ‘Giant Cavendish’ that produces large clusters of sweet tasting bananas. 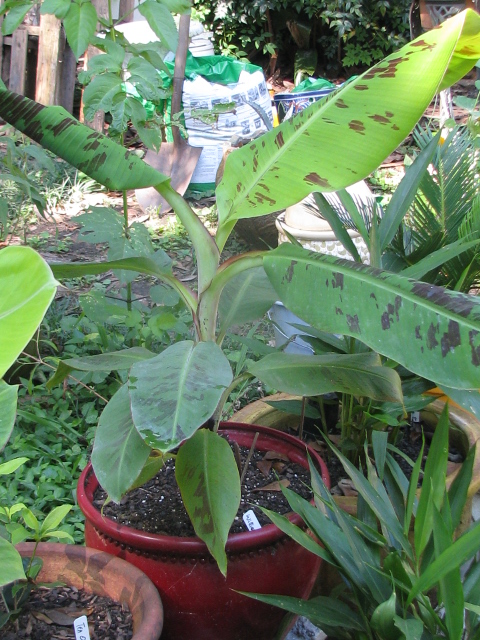 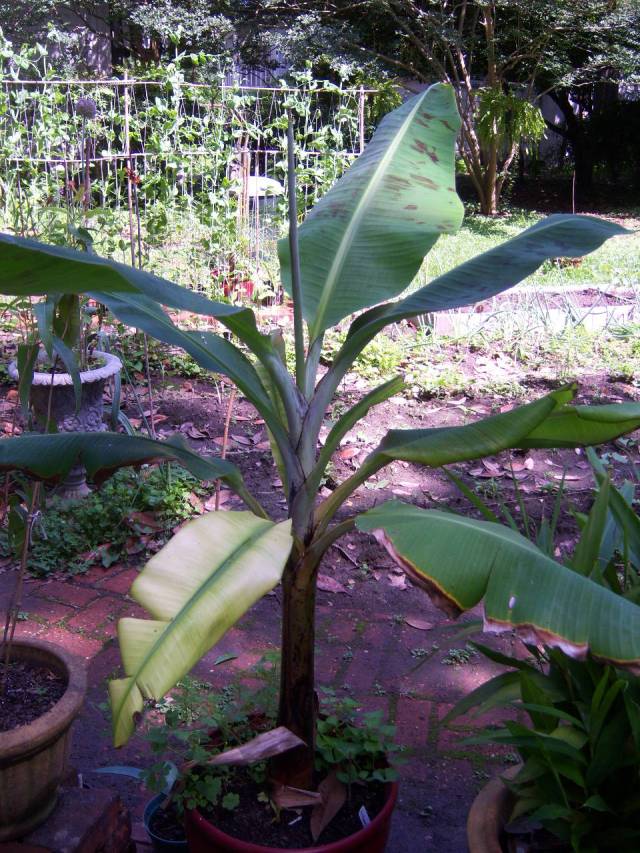 The above photo shows the ‘Williams Hybrid’ Banana shortly after moving it back outside after overwintering in the east sunroom. It overwintered very well! 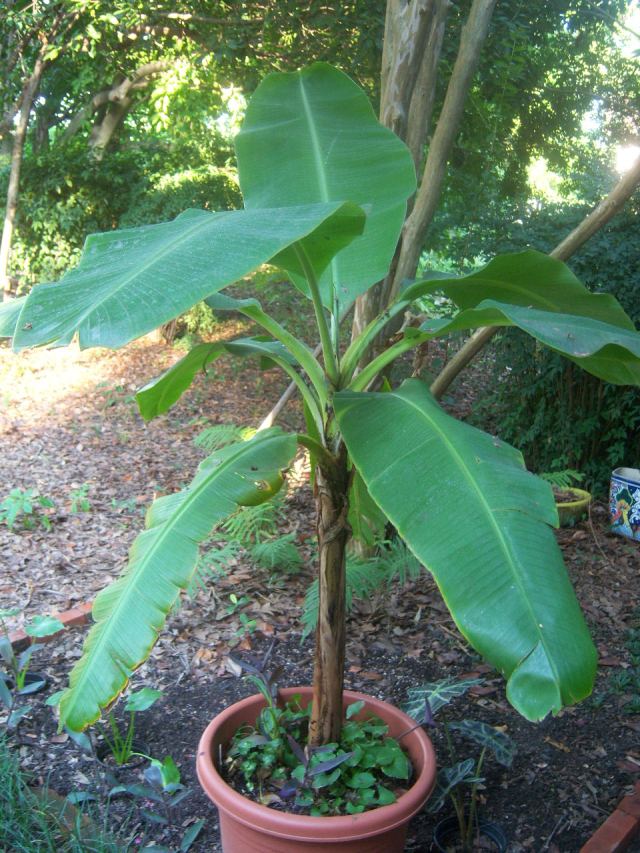 If you don’t live in zones 10-11, you can bring them inside for the winter. You can keep them in a bright sunny room and reduce feed and water. The other option for overwintering is to force them into dormancy. To do this, allow them to get zapped by the first frost, cut their leaves back to 6-8” and store them in a cool dark corner of your basement. Water the soil from time to time to keep it from totally drying out. IF your plant has not been in a pot OR if it is to large, you can remove it from the container, or dig it up out of the ground BEFORE the first frost. wrap the roots in plastic and store it in a cool dark place in your basement until spring. You can either leave the leaves on the plant to brown naturally or trim them off. 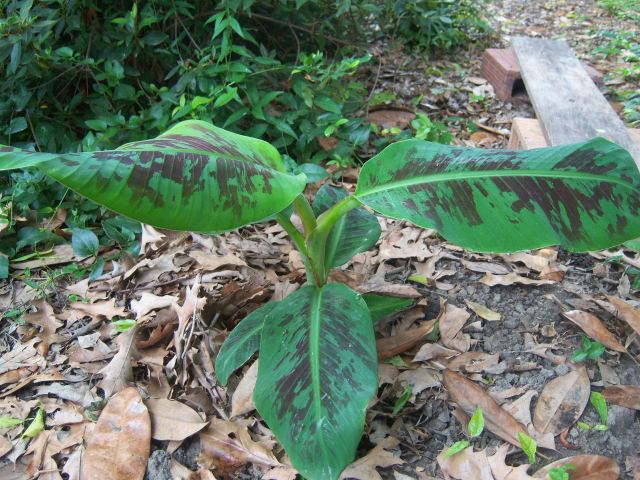 My ‘Williams Hybrid’ produced an offset, so I planted it in the ground in early summer in 2012. 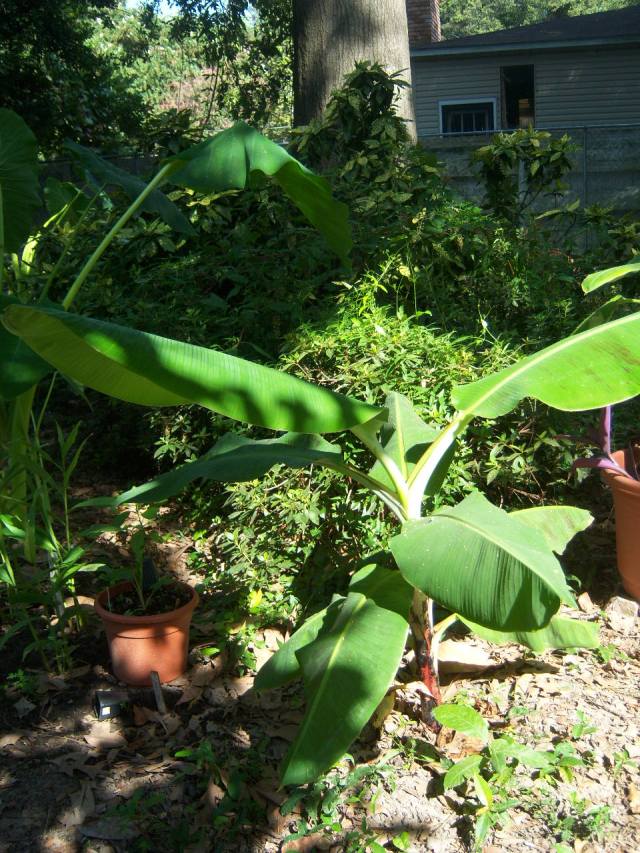 The offset grew quickly to 44 inches tall by August in 2012. 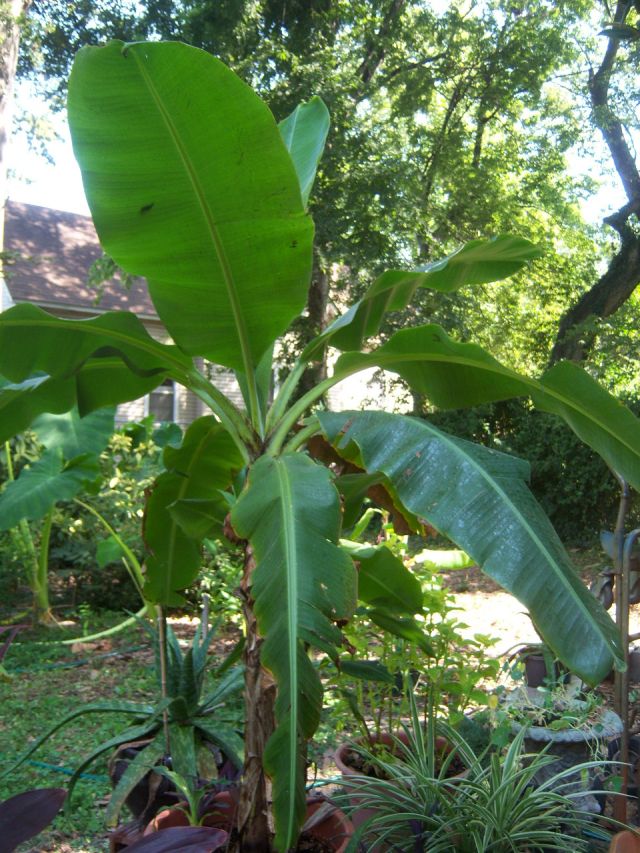 I enjoyed growing the ‘Williams Hybrid’ Banana and it did very well. It had these HUGE dark green leaves with maroon markings which became more intense with more light. It did well overwintering in the sunrooms, although you could tell it wasn’t that crazy about it. It always perked back up in the spring and grew very well during the summer. I grew mine in the backyard, so it didn’t get full sun.

Regretfully, I had to give my ‘Williams Hybrid’ away in February 2013 when I moved back to mid-Missouri. Someday I may buy another one and try overwintering it in the basement (unless I build a sunroom or greenhouse).

If you have any questions or comments I would love to hear them.