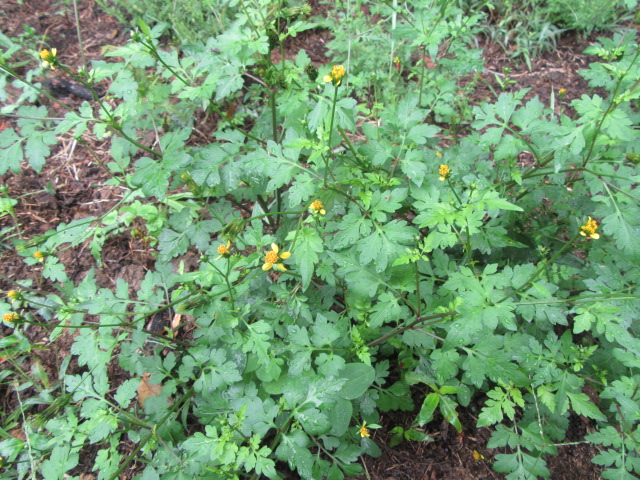 Bidens bipinnata L. is the correct and accepted scientific name for this species of Bidens. Both the genus and species were named and described as such by Carl von Linnaeus in the second edition of Species Plantarum in 1753.

Plants of the World Online lists 221 accepted species in the Bidens genus (as of 10-17-21 when this page was last updated). It is a member of the plant family Asteraceae with 1,677 genera. Those numbers could change as updates are made (and likely will).

Distribution map of Bidens bipinnata from Plants of the World Online. Facilitated by the Royal Botanic Gardens, Kew. Published on the Internet; http://www.plantsoftheworldonline.org/. Retrieved 1-18-20.

The above distribution map for Bidens bipinnata is from Plants of the World Online. The map for the species on the USDA Plants Database is similar and also includes California. I used the map from POWO here because it shows the species range worldwide. Bidens bipinnata is a very versatile species covering a wide range of climates. The areas on the above map in green are where the species is native and purple is where it has been introduced.

THERE ARE A FEW LINKS AT THE BOTTOM OF THE PAGE FOR FURTHER READING AND TO HELP WITH POSITIVE ID. 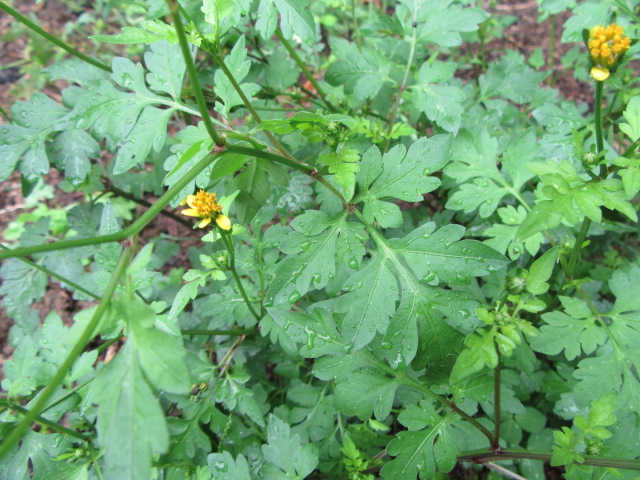 The Bidens bipinnata on the farm seem to mainly grow around the edge of the yard and in building rather than in the pasture. They are there, too, because on occasion I find their seeds on my pants. I think some years they are worse than others. There is always a few in front of the chicken house and the barn.

I want to thank Pamela Trewatha of the Missouri State University for allowing me to share photos from their website Midwest Weeds and Wildflowers. I try to take as many good photos as I can, but sometimes they don’t always work out or I didn’t take enough.

Spanish Needles are no problem until they go to seed. In fact, the plants are kind of nice looking with their dark green ferny leaves and yellow flowers. Every time I want good flower photos they are either haven’t flowered yet, closed, or fading… Some day!

Bidens bipinnata are classed with plants with opposite leaves. The Missouri State University website Midwest Weeds and Wildflowers describe the leaves as being finely divided (bipinnately compound).

When not in flower and if you are not used to being around them, there are a few other weeds that have similar leaves. The horrible Japanese Hedge Parsley, Torilis japonica, is a “stick-tight” that has similar leaves and is probably the one I love to hate the most (and anyone else who has had to remove them from your socks, clothes, and pets fur). Another weed with similar leaves is the Common Ragweed (Ambrosia artemisiifolia).

This species has been introduced to many countries and is probably a U.S. native and maybe even China.

They are very adaptable plants and are not really picky about their location. I have them on the farm in full sun to part shade. Information online says they can grow up to 5′ tall… Hmmm. I would hate to run through a patch that tall.

Now that you know the name, you can say “BIPINNATA!” every time they get you instead of using foul language. Well, maybe in addition. 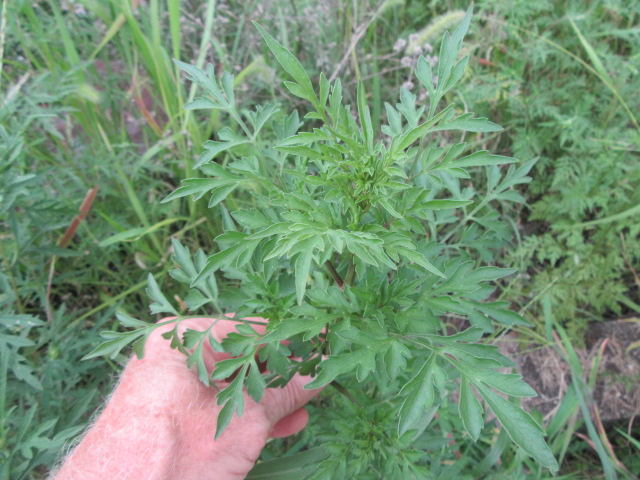 Bidens bipinnata (Spanish Needles) grow along the fence and buildings in several areas around the yard. They don’t grow so much in the pastures compared to other wildflowers. This species may be one you prefer to call a weed… 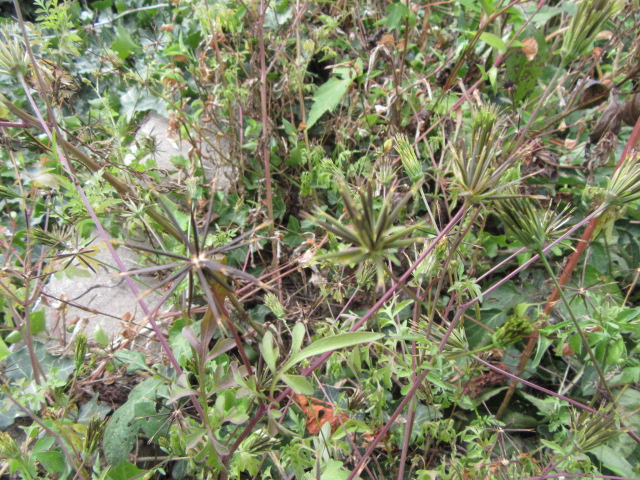 NOTE: The figures may not match on these websites. It depends on when and how they make updates and when their sources make updates. Some websites have hundreds and even many thousands of species to keep up with. Accepted scientific names change periodically and it can be hard to keep with as well. In my opinion, Plants of the World Online by Kew is the most reliable and up-to-date plant database and they make updates on a regular basis. I make updates at least once a year and when I write new pages but I do get behind. We are all a work in progress. 🙂