I bought my Hosta sieboldiana ‘Francis Williams’ in Mississippi in 2009 and I brought it with me when I moved back to Missouri. It was understandably difficult to grow many varieties of Hosta in Mississippi, but I had some difficulty with it here as well. 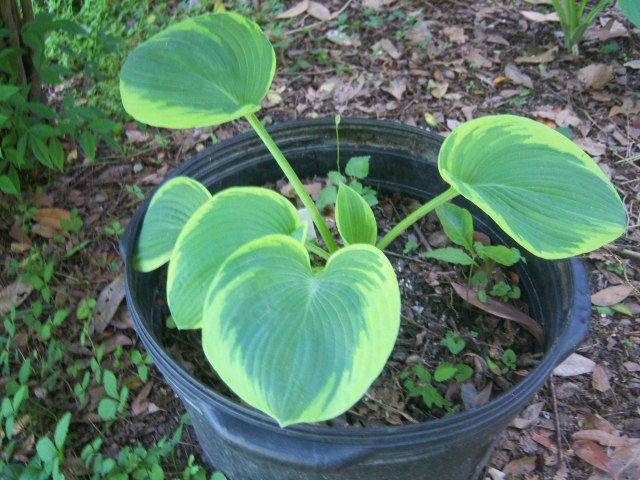 This old cultivar was discovered by Francis Williams in 1930’s. It has been used to create many new cultivars over the years and led to the development of the American Hosta Society. Don’t know when the society was established but Hosta sieboldiana ‘Francis Williams’ wasn’t registered until 1986.

There are 22 registered sports of Hosta Francis Williams’ and 50 registered hybrids with it as one of the parents.

Oddly enough, my Hosta ‘Francis Williams’ did better in Mississippi after I moved it to a pot.

This Hosta ranked #1 on the American Hosta Society Popularity Poll for 10 years in a row. It features blue-green leaves with irregular yellowish-green margins. The mound can reach 24-36″ tall x 48-60″ wide within 5-7 years and the flower stems can reach a height up to 4′. Somehow leaf burn became an increasing problem, and its popularity declined. Hosta ‘Olive Bailey Langdon’ is a good substitute.

Hosta sieboldiana ‘Francis Williams’ with its first bud. None of the Hosta flowered when I was in Mississippi, so I was very happy to see the bud. It was also the first Hosta to flower in their new location. 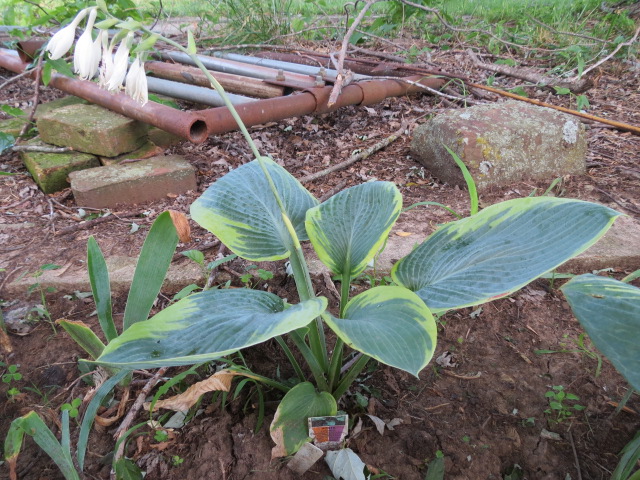 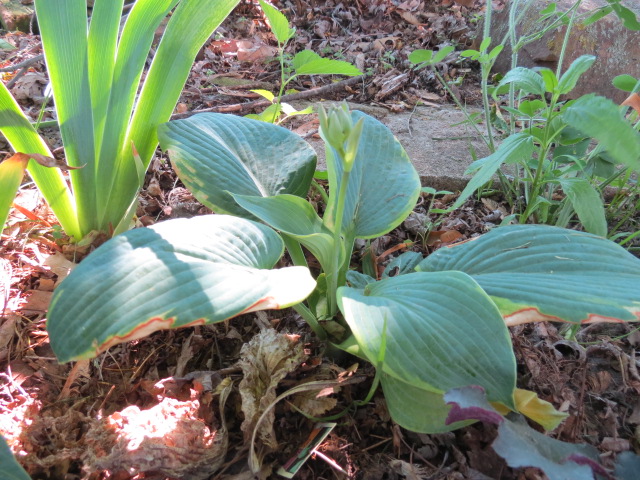 Even though the Hosta ‘Francis Williams’ was having growth issues, it still flowered.

The flowers appear white, but upon a closer look, you will see a slight lavender tint. 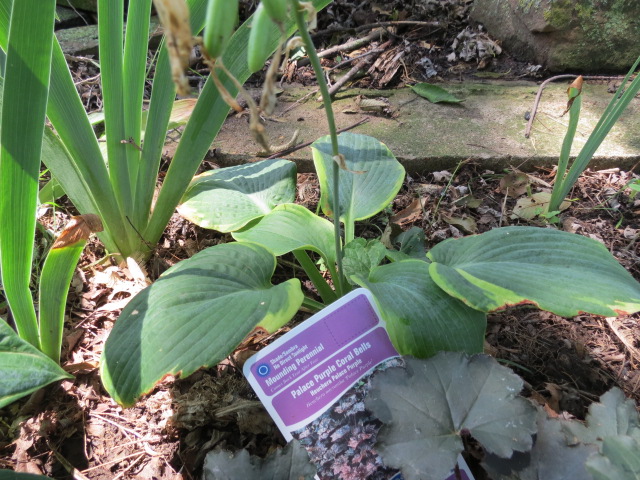 Too bad my Hosta ‘Francis Williams’ did not do too well here. Personally, I don’t think it had anything to do with the cultivar as a whole but probably my plant in particular. Could be because the moles tunnel so much under the Hosta and its roots don’t always make good soil contact. I don’t know. The plant did not return in 2015. I do know Hosta ‘Francis Williams’ had a very long popularity streak and somehow developed some issues which is kind of weird in itself. Possibly someday I will try it again.