Hosta ‘Dancing Queen was developed and introduced by Kent Terpening and Alttara Scheer in 2005. It is a cross between Hosta ’Split Personality’ as the seed parent and an unknown cultivar as the pollen parent.

I brought my Hosta ‘Dancing Queen’ home from Muddy Creek Greenhouse on May 23, 2017. They had a nice selection of Hosta. This is my first yellow/gold leaved Hosta although there are several on my wishlist.

I take a lot of photos and they tell the story of how well plants perform throughout the season. There is plenty to do on the farm so please forgive the untidiness.

I had dug a spot next to the old goldfish pool and had already moved the Hosta ‘Krossa Regal’ there. This was a great spot for the new Hosta ‘Dancing Queen’. One thing for sure is that it really brightened up the whole area. It is so bright you can see it from far away. Leaves emerge bright yellow and turn pale yellow to green as the season progresses, especially if they are in more shade. This cultivar needs a shadier area, though, as I don’t believe it is that sun tolerant.

The Hosta ‘Dancing Queen’ already had a bud when I brought it home.

The good-sized wedge-shaped leaves have what is called a “pie crust” edge. 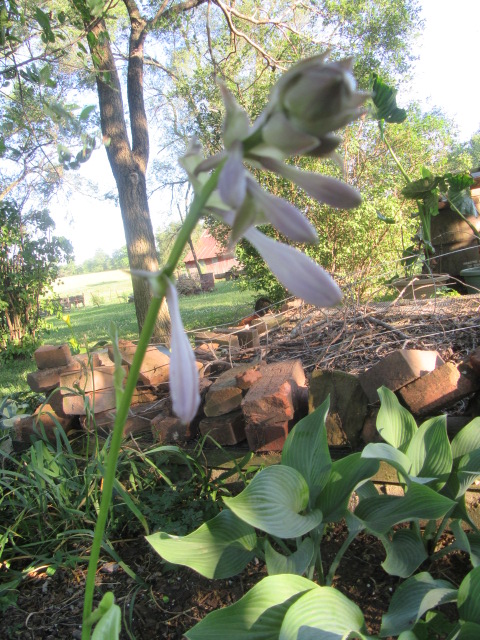 I am glad I brought this Hosta home with me. It is really a beauty!

By October 11 when the above photo was taken the temperatures were getting cooler and the daylength was decreasing. By this time, most Hosta and perennials are showing a sign that sleep was near. Hopefully Hosta ‘Dancing Queen’ will return in the spring so I can add more photos.

Hosta ‘Dancing Queen’ made it through the winter with flying colors.

It took off growing really fast once the weather started warming up.

This is such a vibrant Hosta cultivar that will definitely brighten up any location. 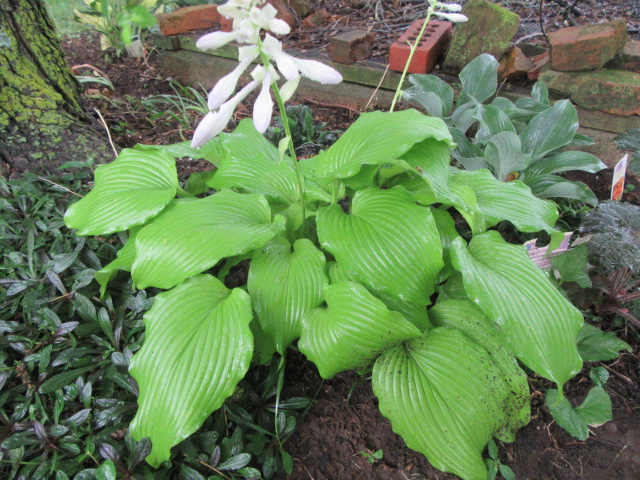 The leaves aren’t all that thick but they are heavily veined. The leaf edges are kind of rippled which is known as a “pie-crust” edge. The largest leaf was about 5″ wide x 7″ long.

We had a bad Japanese Beetle invasion in 2018, worse than 2017. Two of the shade beds are right under two Chinese Elm trees which the beetles love. The light changed from mostly shade to light shade. Even so, the Hosta continued to do OK. I just had to water more frequently.

The above photo was the last one I took in 2018, but I will be adding more in 2019. I am sure this Hosta will make it through the winter.

I decided to check on the Hosta on March 7 to see if they had started coming up. Thankfully, Hosta ‘Dancing Queen’ has made it through the winter again.

The Hosta ‘Dancing Queen’ is growing slowly but surely a month later on April 7.

The Hosta ‘Dancing Queen’ really took off in a hurry compared to most of the other Hosta.

HOW COOL IS THAT! 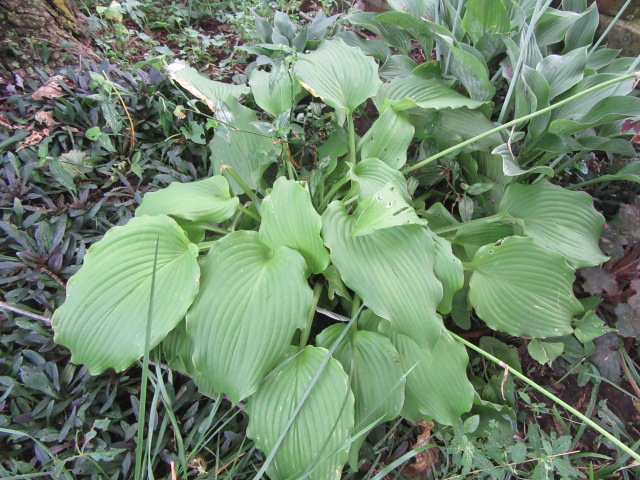 I was fairly busy over the summer in 2020 so I didn’t get to take many photos. The plants in the shade bed did very well and we had rain off and on. Luckily, we didn’t have much of a problem with the Japanese Beetles like in 2018 and 2019, so the shade beds stayed shady…