Hosta ‘Guacamole’ was introduced by Bob Solberg of Green Hills Farm in North Carolina in 1994. It is a reverse sport of Hosta ‘Fragrant Bouquet’ and a descendant of Hosta plantaginea.

Hosta ‘Guacamole’ had been on my wishlist for a long time so I was very glad to see Lowe’s had several to choose from in 2014. Of course, I brought one home. It is really a nice plant what kind of chartreuse green in the center with darker green irregular margins. 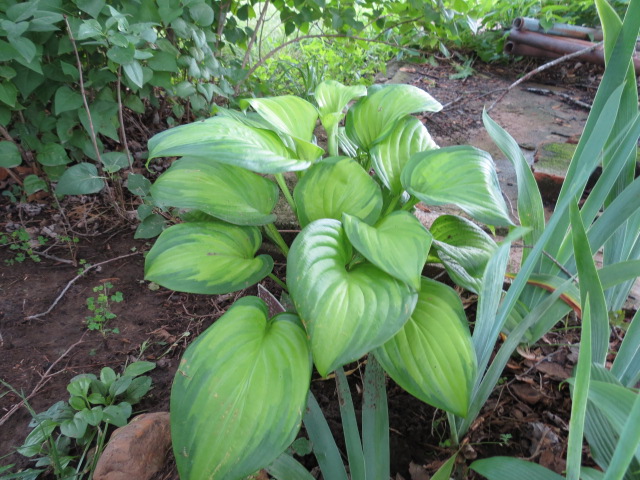 This Hosta turned out to be a very robust grower for sure.

My Hosta ‘Guacamole’ produced it’s first flower here in July. The flowers are white with a hint of lavender. The buds have more color. 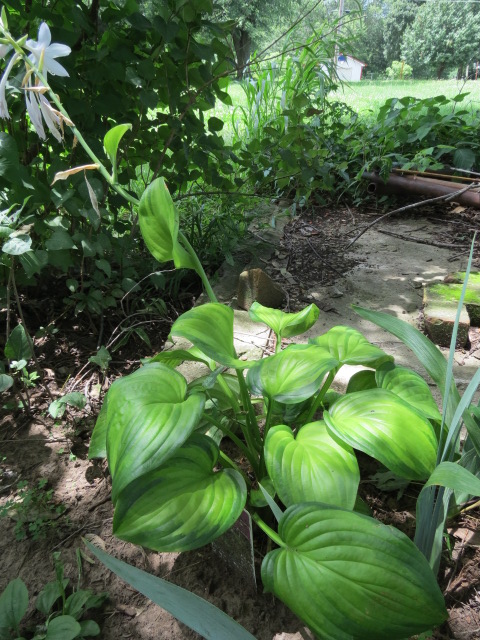 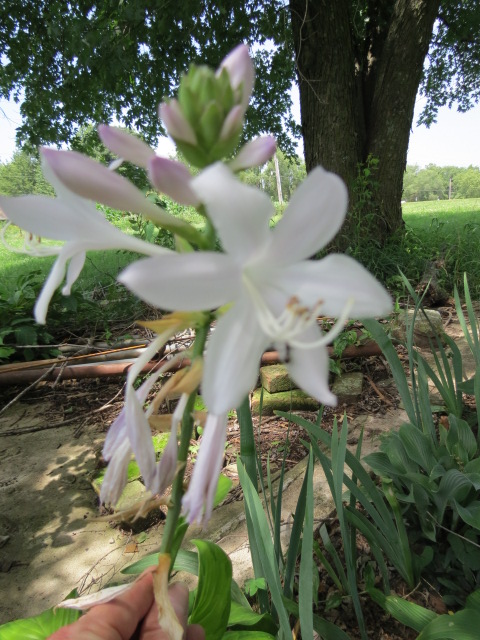 We made it through our first year without any problems

Hosta ‘Guacamole’ was one of the first Hosta to emerge in the spring of 2016. 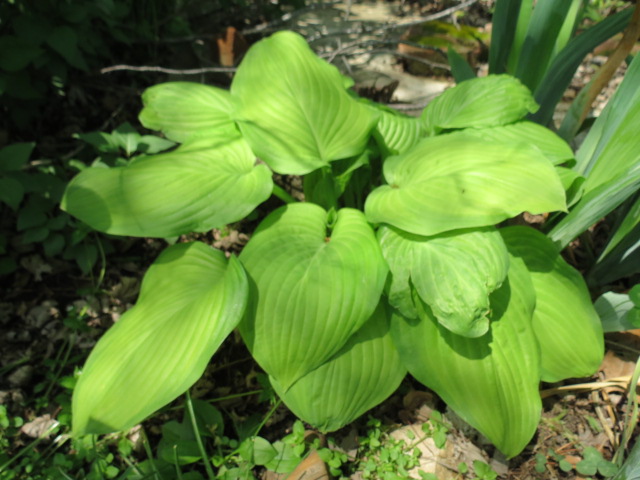 Sometimes the variegation is barely visible. It depends on how much light it gets and the time of the season.

According to information online, Hosta ‘Guacamole’ is not usually considered slug or snail resistant. Slugs have not been a problem here. 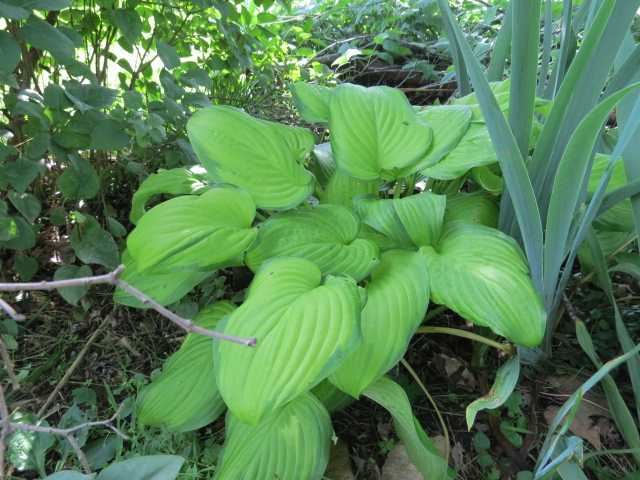 Well, we made it through another winter. Hosta ‘Guacamole’ is once again ready for summer. 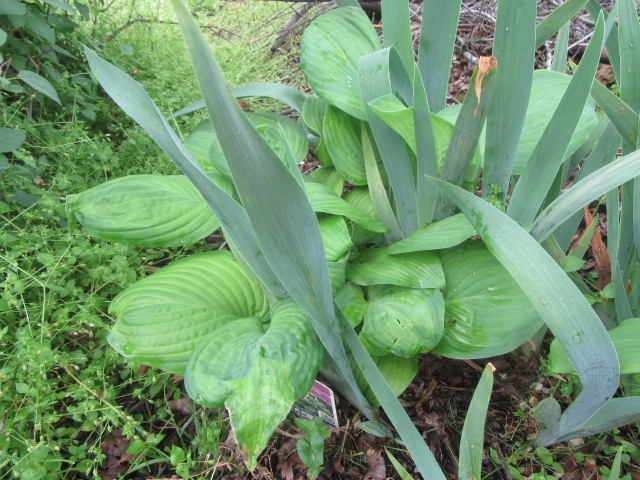 This cultivar always looks great with it’s two shades of medium green. Sometimes you can hardly see the variegation.

I am running but of words already but you can view the photos and see what a great plant this Hosta is.

The fireflies like resting on the Hosta during the day 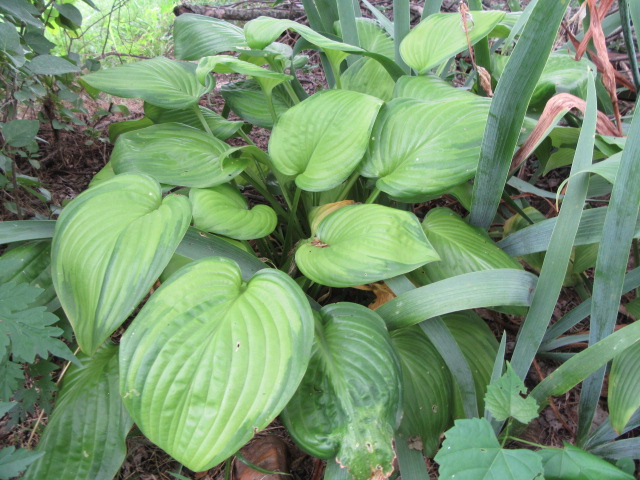 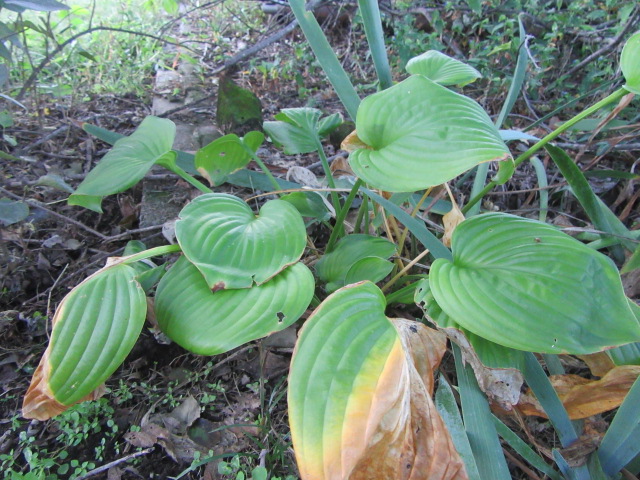 As cooler temperatures came the Hosta began showing signs that winter was right around the corner. Hosta ‘Guacamole’ did very well and I am looking forward to 2018.

After a very cold early January I was glad to see a few Hosta peeking through as I dug around in the leaf mulch on March 3. 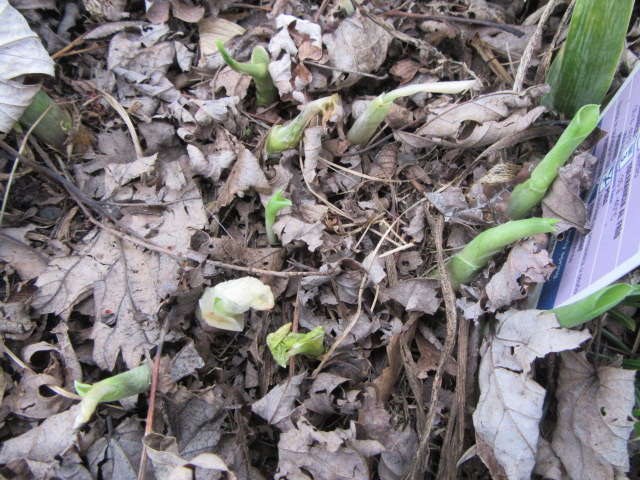 Cold temperatures wanted to hang on as long as it could, so many perennials were slow to get growing once they did come up.

I noticed the Hosta ‘Red October’ (to the right of H. ‘Guacamole’) was having a difficult time, and even H. ‘Guacamole’ didn’t seem like its usual self. I decided I would move H. ‘Red October’ like I did H. ‘Krossa Regal’ in 2017 because it was having an issue in this spot. Upon further investigation, I found out that there were mole runs right under them. Their roots were barely in any soil. So, I completely moved H. ‘Red October’ and replaced it with the new H. ‘Sum and Substance’ once the mole runs were eliminated. I dug Hosta ‘Guacamole’ up and dealt with the mole run then decided I would divide it in half. I left one part in the old spot then…

I put the other part in the spot where the Hosta ‘Rainforest Sunrise’ had been since it didn’t survive the winter.

It didn’t take me long to realize I didn’t like it in two locations. It is much easier taking photos and keeping track of the individual cultivars when they are in the same spot. 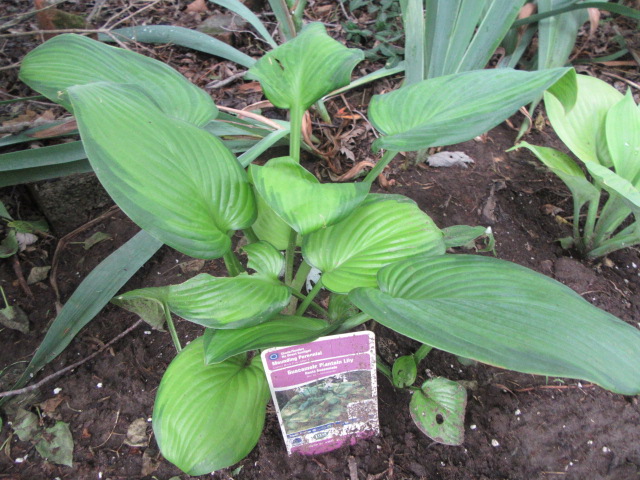 The leaves of Hosta ‘Guacamole are a nice medium green with a narrow irregular darker green margin. The largest leaf is 5 1/4″ wide x 7″ long. The leaves change color somewhat during the summer. 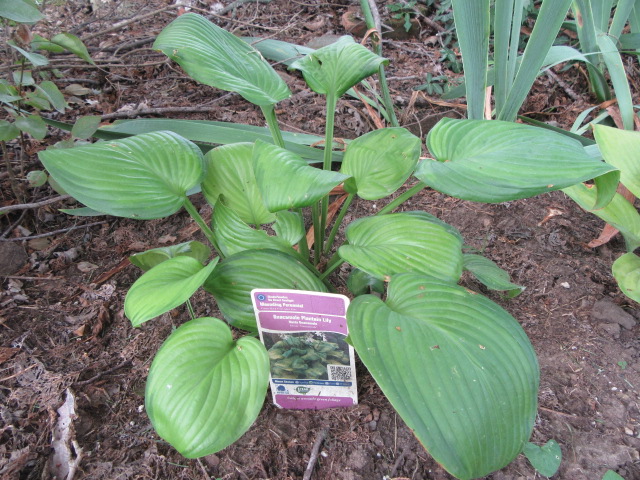 Sometimes I run out of words but I take photos anyway…

We had a worse Japanese Beetle invasion in 2018 than in 2017 which changed the shady area where the Hosta beds are to more sun. The beds are under two Chinese Elms which the beetles love. They didn’t bother the maple. Besides having to water more often, some of their leaves started burning. That doesn’t make for very good photos so I didn’t take any more after July 29.

I checked to see what Hosta was coming up on March 7 but I didn’t see any Hosta ‘Guacamole’ sprouts yet. Then, on March 10 I checked again and found it. I had divided this clump last spring and put one in another location. I couldn’t find the other one even on March 10. 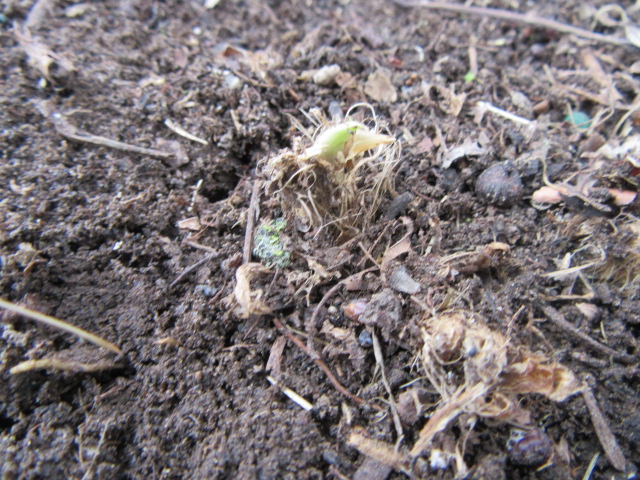 Then, on March 24, I checked on the Hosta that I couldn’t see before. That’s when I realized I had been looking about a foot to close to the old fish pool. Not only did I find ‘Guacamole’ #2, I also found the other Hosta I couldn’t find before. They were in front of their labels instead of behind them…

I am going to put the Hosta ‘Guacamole back together. I don’t like them in two different locations and calling them #1 and #2. 🙂 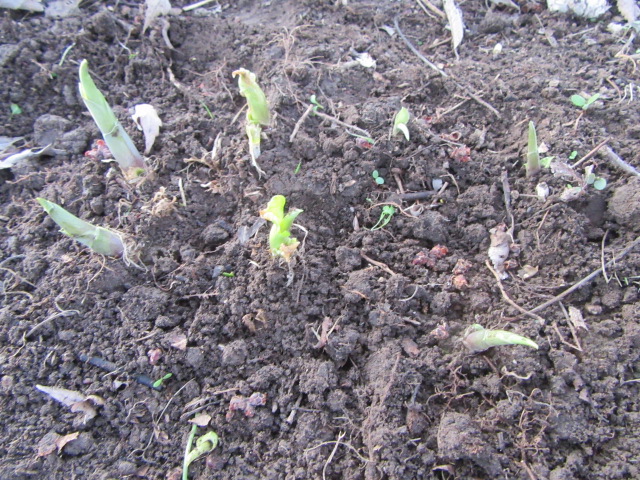 When I was taking photos on April 7, I decided it was a good time to put the two clumps of Hosta ‘Guacamole’ back together. That will be much better. 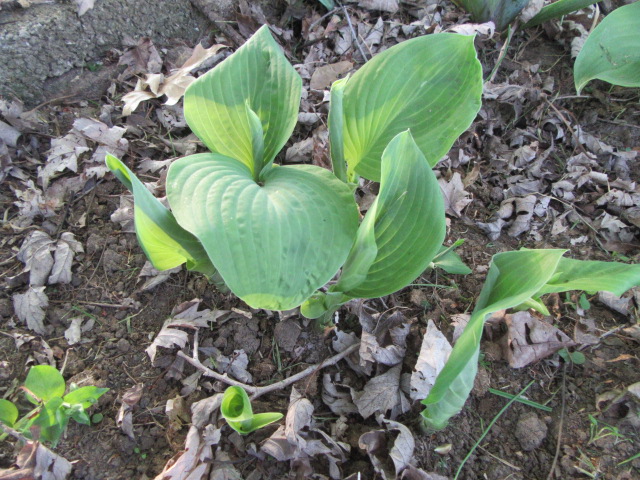 The Hosta ‘Guacamole’ is growing right along now. Soon, it will be as beautiful as ever!

Hosta ‘Guacamole’ has definitely become one of my favorite Hosta along with most of the others I have grown. I have never had any problems with it at all.