Peperomia ferreyrae Yunck. is the accepted scientific name for this species of Peperomia. It was named and described by Truman George Yuncker in the American Journal of Botany in 1956.

The species was named after Alejandro Huerta Ramón Ferreyra, a Peruvian botanist.

The genus, Peperomia Ruiz & Pav., was named and described by Hipólito Ruiz López and José Antonio Pavon (Jiménez) in Florae Peruvianae in 1794.

As of 1-6-23 when this page was last updated, Plants of the World Online lists a WHOPPING 1,416 species in the Peperomia genus. It is a member of the plant family Piperaceae with 5 genera. Those numbers could change as updates are made on POWO. 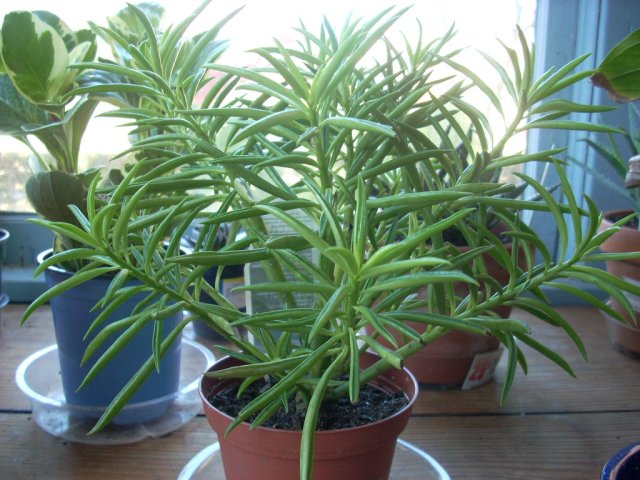 This Peperomia ferreyrae ‘Peppy’™ was given to me by the owner of Pleasant Acres Nursery in Leland, Mississippi in May 2012. I had lived at the mansion in Leland from December 2009 until February 2012 and never knew there was a nursery there until 2012. GEEZ! We started trading plants after that.

Peperomia ferreyrae have these small narrow lime green leaves with a darker green stripe on the topside. The green stripe is actually a “longitudinal” window…

I noticed this plant was starting to bud as I was taking plant photos. According to information, the flowers are not particularly awesome. We shall see. 🙂

The over 1,300 species of Peperomia are native to many tropical areas of the world. You can check the map out on the link to Plants of the World Online below. Peperomia ferreyrae is endemic to Peru where it grows as an epiphytic plant on decaying wood on the rainforest floor.

I will say one thing, even though the flowers may not be that awesome, the buds are definitely strange…

After I sold the mansion in Mississippi, I moved back to the family farm in mid-Missouri in February 2013. I took most of my succulents and many other plants. I gave up around 200 pots, though. I didn’t know what the situation would be like and most of the plants spent the remainder of the winter in the basement. They survived much better than I expected.

We were all very glad winter was over and were able to get back outside. We had a lot of snow here that winter which was different than what I had been used to from a few years in Mississippi. Definitely not as bad as the year I spent in Minnesota, though.

I know I take a lot of photos that almost seem to be the same and some only a few days apart. Anything can happen, you know… Leaves fall off, new leaves grow, they get new pots, have offsets, offsets removed… You know the drill. 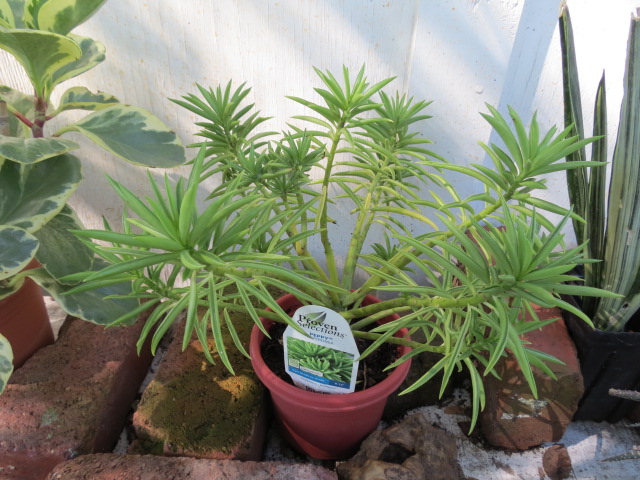 They are rainforest dwellers from South America so, in their native habitat, are used to fairly high humidity. They may appreciate a little misting especially while inside over the winter if the air is dry. Being a rainforest epiphyte, they prefer their soil not to dry out completely. However, they absolutely do not like wet soil and it needs to be fast-draining. They pretty much grow throughout the year which is why it has certain requirements, unlike most succulent species that go through a dormant period.

Back inside for the winter and we have buds again. The others fell off which was maybe due to the move

This time, the buds definitely did not fall off… Remember what I said earlier that information said the flowers weren’t awesome? Well, I don’t know what you think, but my grandma always said: “beauty is in the eye of the beholder”. Yeah, I know grandma didn’t make that up but she was the first one I heard say it. Variations of the phrase go back to the 3rd century

What can I say? That is the Peperomia ferreyrae flower in all its glory. 🙂 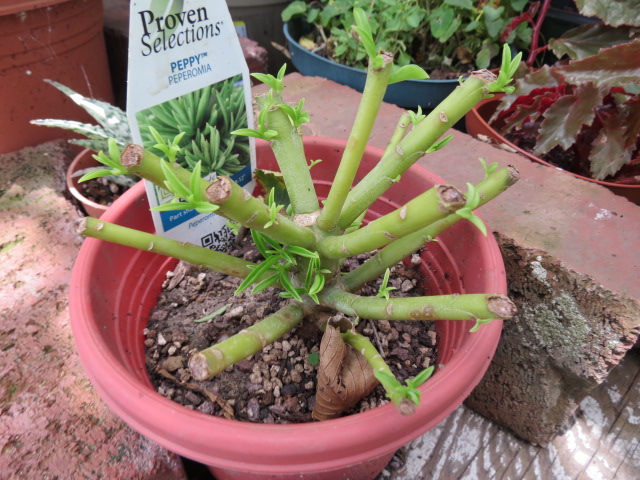 This plant was just getting very sprawly, so I decided to experiment and prune it. I put the cutting into their own pots and the old plant started growing new leaves.

Unfortunately, I gave up most of my plants shortly after the above photo was taken. I am now rebuilding my collection and maybe someday I will find another Peperomia ferreyrae. Then I can prune it so the experiment will continue. HAHA!