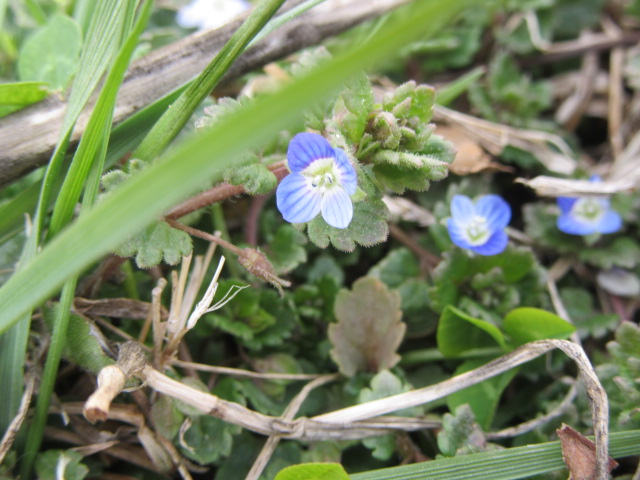 Veronica persica Poir. is the correct and accepted scientific name for the Bird’s Eye Speedwell. It was named and described as such by Jean Louis Marie Poiret in Encyclopedie Methodique Botanique in 1808.

The genus, Veronica L., was named and described as such by Carl von Linnaeus in the first volume of the first edition of Species Plantarum in 1753.

As of 12-8-21 when this page was last updated, Plants of the World Online by Kew lists 460 species in the Veronica genus. It is a member of the plant family Plantaginaceae with 105 genera. Those numbers could change as updates are made on POWO.

Distribution map of Veronica persica from Plants of the World Online. Facilitated by the Royal Botanic Gardens, Kew. Published on the Internet; http://www.plantsoftheworldonline.org/. Retrieved on June 11, 2021.

The above distribution map for Veronica persica is from Plants of the World Online. Areas in green are where the species is native and purple where it has been introduced. The map on the USDA Plants Database for the United States and Canada is the same.

The Veronica persica is usually the first wildflowers to bloom here on the farm even before spring officially arrives. They grow in abundance, usually among Lamium amplexicaule and Lamium purpureum, in several areas in the yard. They closely resemble their cousin, Veronica polita, and it is very hard to tell the two apart. To be honest, I’m not 100% sure whether this species is V. persica or V. polita. I uploaded photos on iNaturalist and other members agreed the species was Veronica persica… So, I am sticking with it.

I apologize for not writing descriptions at the moment. I am busy updating the plant pages, adding photos I took over the summer, and adding pages for plants I identified in 2021. This is a wintertime project… I will go back later and add descriptions as I have time. There are several links at the bottom of the page written by experts that know much more than I do. Writing descriptions of the plant, flowers, stems, leaves, etc. is a lengthy process and I get behind. 🙂 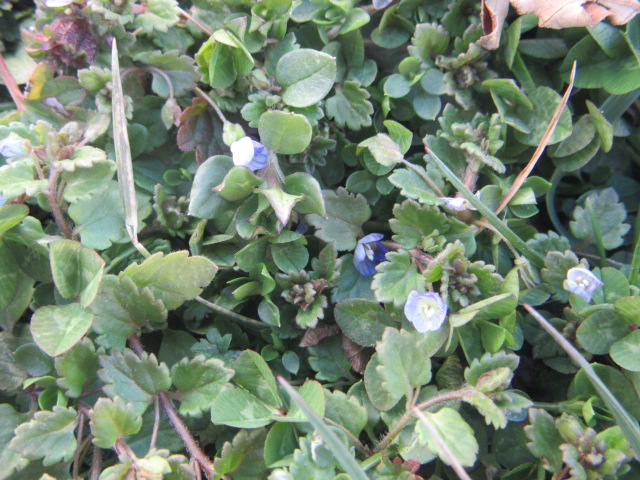 Veronica persica is said to have the largest flowers of any Veronica species native to Missouri, which are still quite small at about 1/3″ across. 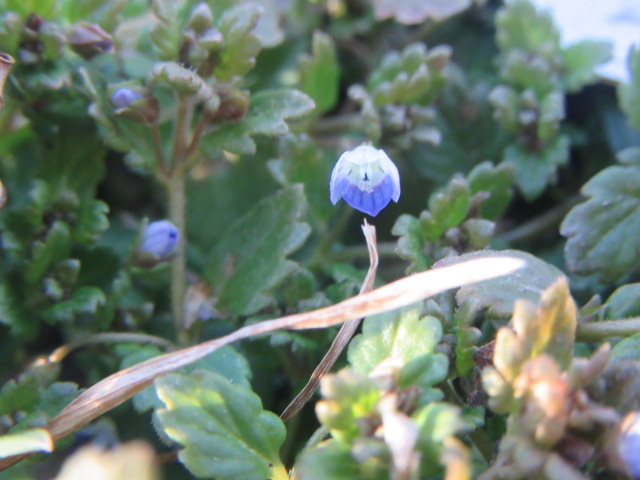 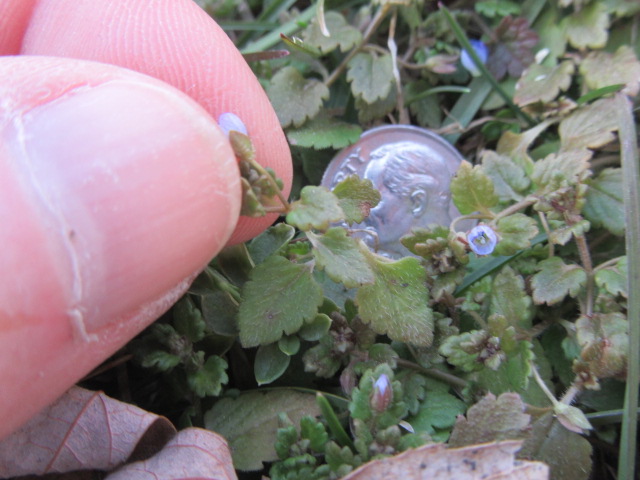 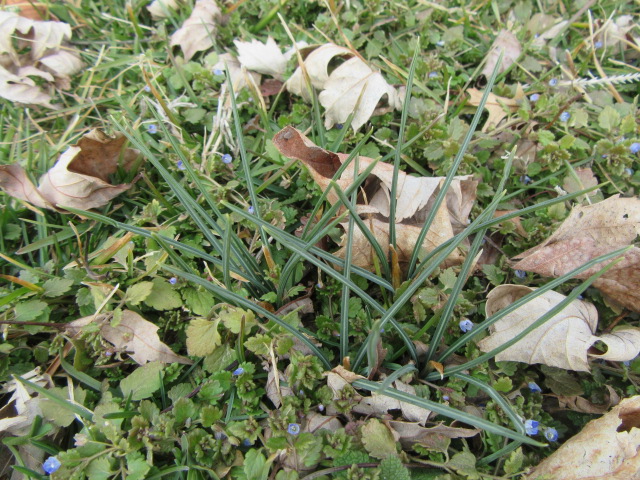