Musa balbisiana Colla is the accepted scientific name of this species. It was first described as such by Luigi (Aloysius) Colla in Memorie della Reale Accademia delle Scienze di Torino in 1820.

Plants of the World Online by Kew lists 8 infraspecific names of Musa balbisiana.

The genus, Musa L., was named and described as such by Carl von Linnaeus in the second volume of the first edition of Species Plantarum in 1753.

As of 1-3-23 when this page was last updated, Plants of the World Online lists 82 species in the Musa genus. It is a member of the plant family Musaceae with 3 genera. Those numbers could change as updates are made on POWO.

I was given this AWESOME banana plant by my good friend, and fellow plant collector, Walley Morse of Greenville, Mississippi in the fall of 2011. He had two he wanted me to overwinter in my sunroom and he said I could have one. SO, I happily agreed.

The species Musa balbisiana is native to eastern South Asia, northern Southeast Asia, and southern China. They are the ancestors of some of the modern cultivated bananas. The flowers are red to maroon and its fruit are kind of a blue-green color. They are called “butuhan” (meaning seedy) in the Philippines and “kluai tani” in Thailand. Some naturally occurring parthenocarpic clones occur through polyploidy that produces seedless bananas. 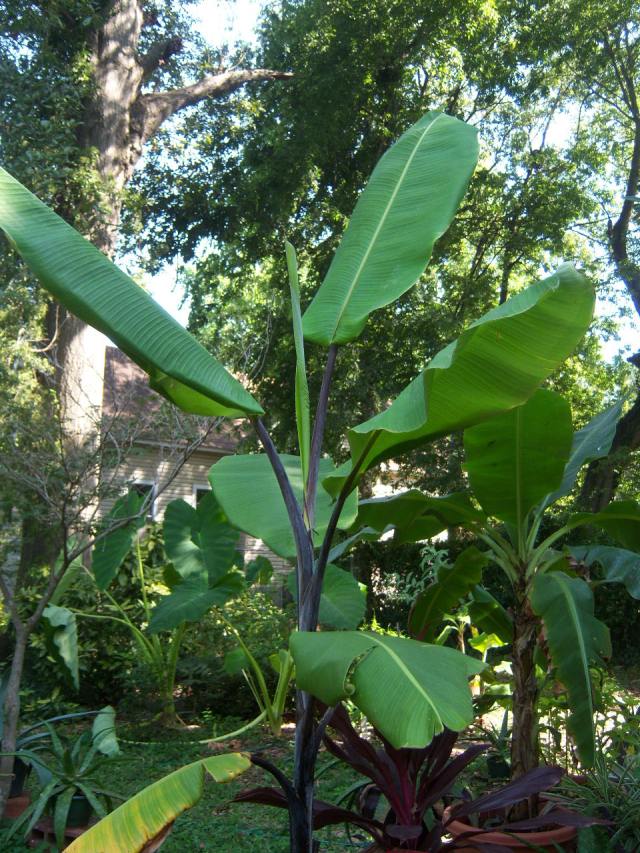 Walley always planted his ‘Black Thai’ in the ground but I kept mine in a pot. In August (2012) I told Walley mine had grown to 88” tall. He laughed and said his was already about 20’ tall. A few days later I was at his home and saw for myself… I went back home and took mine out of the pot. When temps started getting cooler I put it back in a MUCH larger pot and put in the west sunroom. 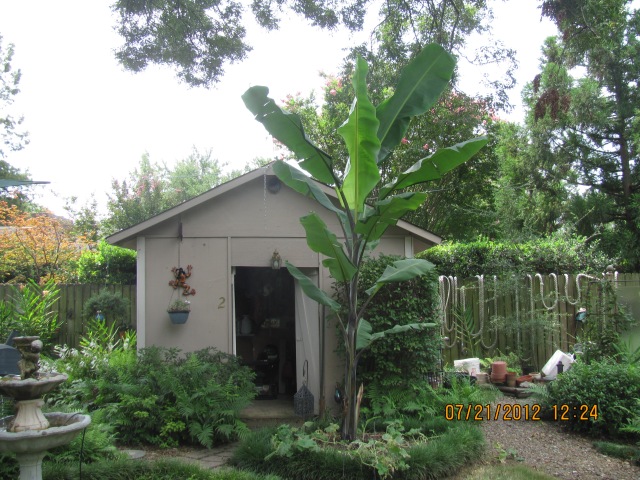 Walley’s Musa balbisiana ‘Black Thai’ and his BEAUTIFUL back yard on 7-21-12. Photo courtesy of Walley Morse.

The ‘Black Thai’ has awesome dark green leaves that tend to grow upright, unlike most other bananas. The pseudostem (trunk) turns nearly black as the plant ages, which also possibly depends on the amount of sun it gets.

As you can see from this photo of Walley’s, the Musa balbisiana ‘Black Thai’ suckers freely. Photo courtesy of Walley Morse.

Although some websites indicate this banana plant is hardy down to USDA zone 7… Let me just say that Walley saved his suckers to plant the next year ad his didn’t normally come back in the spring. We lived in zone 8a. 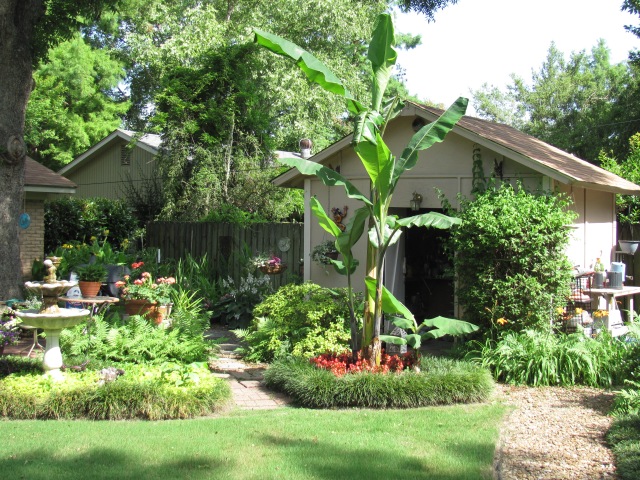 Walley sent this photo to me on 6-12-13. His back yard always looks amazing! Photo courtesy of Walley morse.

If you don’t live in zones 10-11, you can bring them inside for the winter. You can keep them in a bright sunny room and reduce feed and water. The other option for overwintering is to force them into dormancy. To do this, allow them to get zapped by the first frost, cut their leaves back to 6-8” and store them in a cool dark corner of your basement. Water the soil from time to time to keep it from totally drying out. IF your plant has not been in a pot OR if it is to large, you can remove it from the container, or dig it up out of the ground BEFORE the first frost. wrap the roots in plastic and store it in a cool dark place in your basement until spring. You can either leave the leaves on the plant to brown naturally or trim them off. 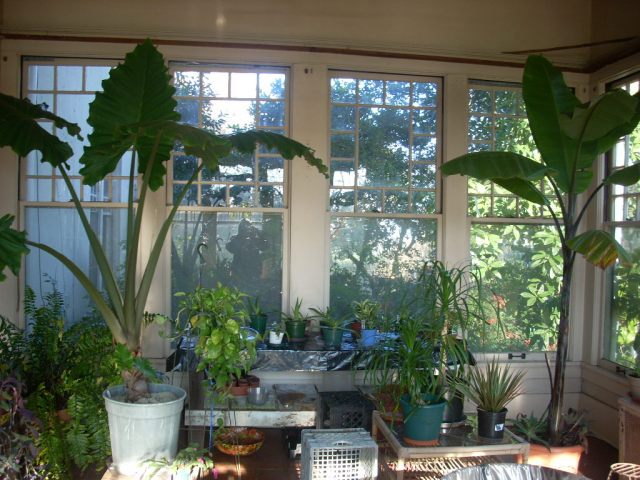 Regretfully I had to give my ‘Black Thai’ up when I moved back to Missouri in February 2013. I am thinking about buying another one for here and see what happens… I can follow the steps to overwinter it in the basement.