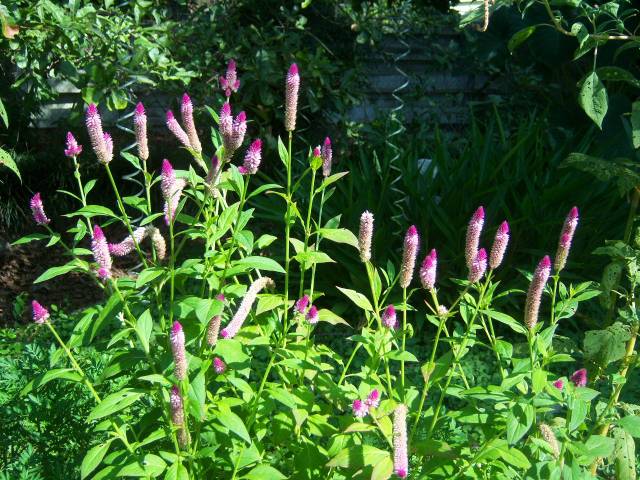 Celosia argentea are great plants and come in several shapes and sizes. Many cultivars are available to fit your needs and are easy to grow from seed.

Celosia argentea L. is the accepted scientific name for the Cockscomb. The genus and species were both named and described as such by Carl von Linnaeus in the first edition of Species Plantarum in 1753.

As of 11-8-22 when this page was last updated, Plants of the World Oline by Kew lists 46 species in the Celosia genus. It is a member of the plant family Amaranthaceae with 183 genera. Those numbers could change as updates are made on POWO.

I bought my Celosia ‘Ruby Parfait’ seeds from Johnny’s Selected Seeds in the spring of 2012. I really liked these and saved seeds. They grew to about 3 feet tall by the end of the season and flowered right until the end. The butterflies, hummingbirds, and bees really love them. They are a great summer performer and don’t mind the heat at all.

The description of the Celosia argentea ‘Ruby Parfait’ said they have “arrow-shaped” spikes that grow 2-3″ long.

They perform best in full sun where they grow anywhere from 2-3 feet in height. Their flowers are a vivid reddish pink that fade toward the bottom of the spike as they grow longer.

I know the above photo isn’t that good. I had to borrow a friend’s camera for a while and I didn’t realize the setting wasn’t right. Anyway, you can tell clearly after several months, the “arrow-shaped” description of the flowers does not apply. They grow longer, up to 6+ inches and the spikes are loaded with hundreds of flowers.

I saved seeds from the Celosia ‘Ruby Parfait’ in 2012 so I could plant them in Missouri in 2013, but as I mentioned in the Celosia argentea ‘Cramer’s Amazon’ page, they cross-pollinated. SO, when the seeds came up, the seedlings had bi-color leaves… BUT, just look at those flowers!!! Later on, the leaves had turned completely green. 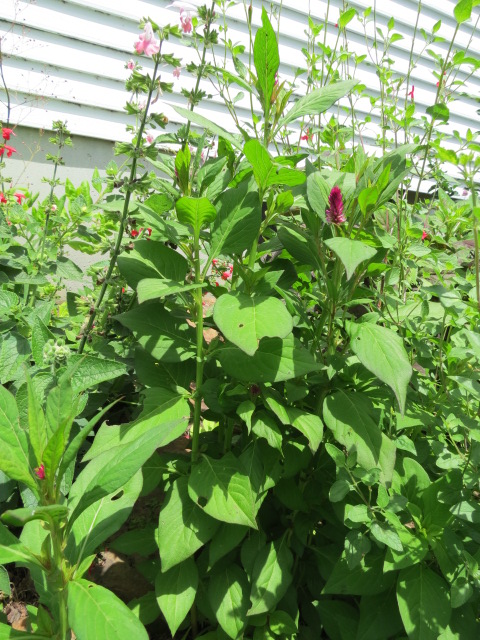 When I planted seeds in 2014, I used seeds I knew were pure. I didn’t take any photos of them after this photo. They did very well but I didn’t save any seeds. SO, someday I will have to buy again.

I really liked the Celosia spicata ‘Ruby Parfait’ for their garden performance and bright flower color.

There isn’t much online about the Celosia argentea ‘Ruby Parfait’, so if you have grown this plant, I would appreciate your comments…