Oscularia deltoides (L.) Schwantes is the correct and accepted scientific name for this plant. It was named and described by Martin Heinrich Gustav Schwantes in Möller’s Deutsche Gärtn.-Zeitung in 1927. He named and described the genus in the same publication. The species was first described as Mesembryanthemum deltoides by Carl von Linnaeus in the first edition of Species Plantarum in 1753. 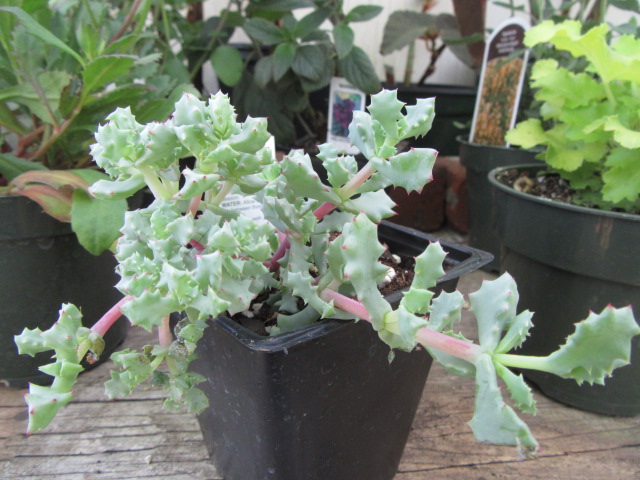 I found this Oscularia deltoides, unlabeled, from Mast’s Greenhouse on May 5, 2018. My sister and niece had come down from the city to go plant shopping at the four local Amish greenhouses. While most of the plants at the Amish greenhouses are labeled, many of their cactus and succulents are not. No matter how many times I tell myself I am not going to buy unlabeled plants, I always do. This time, I could not pass up such a neat looking plant. I figured surely I could put it on the Facebook group called Succulent Infatuation and one of the members would know. It took 12 minutes for a member to give me the name after I posted the photo. 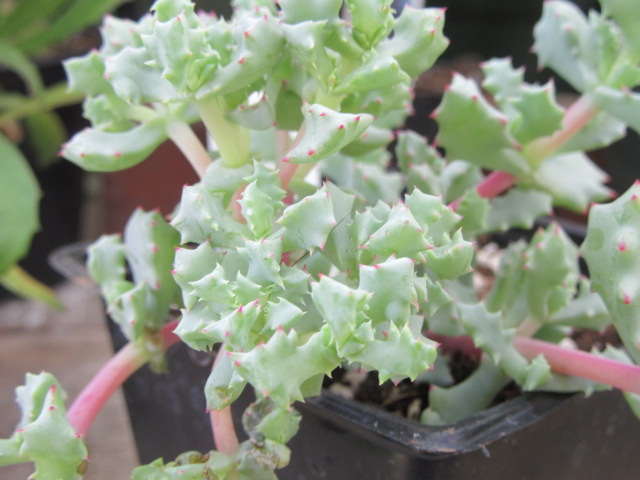 After twelve days, the Oscularia deltoides is still kicking.

It seemed to have a growth spurt but it seems to be growing to one side… It also needs to be in a different pot.

I decided to put it in a larger pot and straighten it up somewhat on June 30. It is doing really well and is definitely an interesting plant. 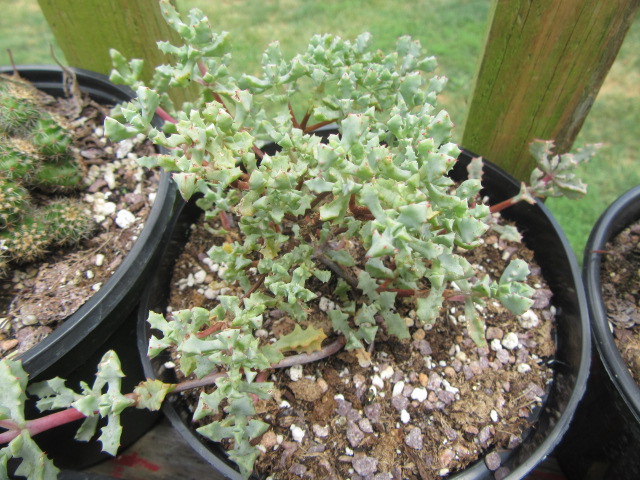 I moved most of my potted plants to the front and back porch on July 4 after the Japanese Beetle invasion where they had been. I put the Oscularia deltoides on the back porch then later moved it to the front porch where it would have some shade.

Very low maintenance plant that spreads out forming a nice mat and will cascade over walls and pots.

They need light to part shade during the heat of the summer and more light during the rest of the year.

Oscularia deltoides are native to winter rainfall areas of South Africa, therefore, it tolerates very dry periods during the summer. In cultivation, they prefer regular watering spring through fall, but less during the winter. They do grow the best when watered regularly and the right light. I guess you just have to experiment somewhat.

According to Llifle (Encyclopedia of Living Forms), this species is frost hardy and grows well where the winters are cold… Well, there is a limit. Dave’s Garden says USDA zones 8b-11. 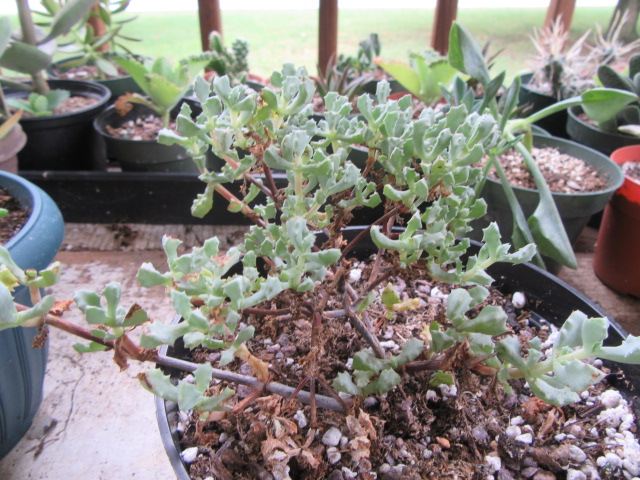 By the time I moved the plants inside in October the Oscularia deltoides was beginning to have some difficulty. It died not long after that. Hopefully, I will find another one because I really liked this plant.