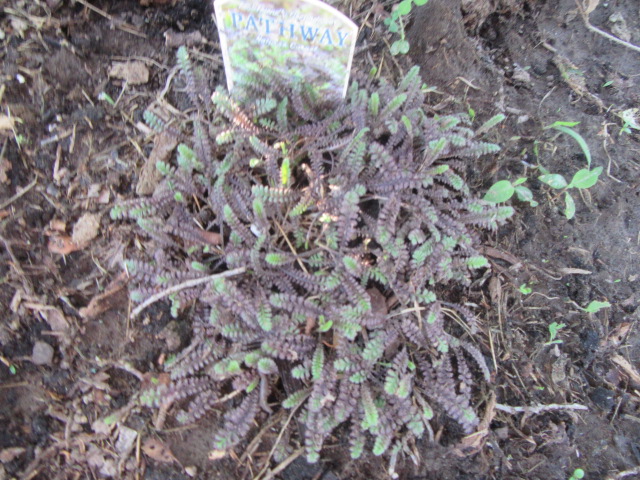 Leptinella squalida Hook. f. is the correct and accepted name for this species. It was named and described as such by Joseph Dalton Hooker in Botany of the Antarctic Voyage, Volume 2, in 1852.

Joseph Dalton Hooker was a very important man in botany, as with his father. It will really surprise you who he was and who he knew.

Leptinella squalida are native to New Zealand but the ‘Platt’s Black” cultivar is from a sport discovered in the garden of Jane Platt of Portland, Oregon. According to some, the original is much better and bushier.

The genus, Leptinella Cass., was named and described by Alexandre Henri Gabriel de Cassini in Bulletin des Sciences… in 1822.

As of 11-28-22 when this page was last updated, Plants of the World Online lists 34 accepted species in the Leptinella genus. It is a member of the plant family Asteraceae with 1,689 genera. Those numbers could change as updates are made on POWO. The number of genera in the family fluctuates quite often. 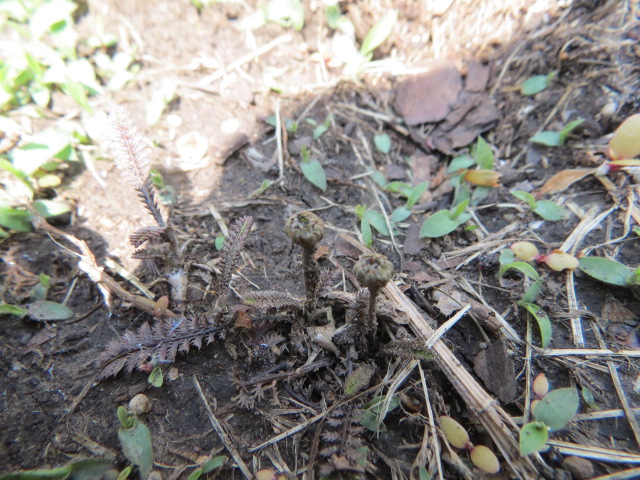 When I was at Lowe’s plant shopping in the spring of 2015, I ran across this AWESOME plant I had never seen before. The tag said it was a Leptinella squalida ‘Platt’s Black’. They had these really neat bronze-green ferny leaves. All the pots together made it look like one huge mat with their stems trailing over the edge. I don’t remember the price, but for some reason, I didn’t buy one… Instead I, umm, broke off a piece. Information online said they like full sun, so I put it in the planter next to the bed behind the foundation of my grandparent’s old house. There were already a few roots on the piece I brought home and it never faltered a bit. It soon sent up a couple of buds

I noticed it started having some difficulty so I thought maybe it was because of the sun. It was only May and wasn’t even that hot yet so I put it in a pot and moved it to a shadier place on one of the plant tables. 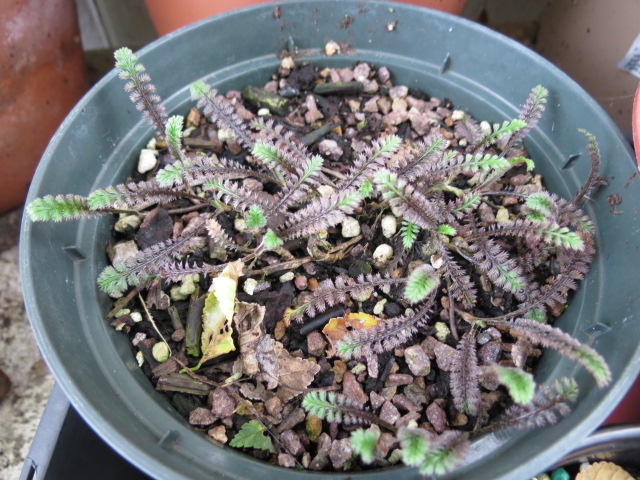 I guess that’s what it wanted because it started doing much better and growing. I am not sure what happened to this plant because I had other issues to deal with later on in the summer. Anyway, somewhere along the way, it didn’t make it…

I was at a garden center in Clinton that always has a very good selection of plants. I was surprised to see they also had several flats of Leptinella squalida ‘Platt’s Black’ so I naturally had to bring one home. Of course, I brought home other plants besides this one.

I had made a new shade bed for the new Hosta and Heuchera I had previously bought at Lowe’s so I decided it would also be a good spot for the Leptinella squalida ‘Platt’s Black’. Since it had problems in the sun before, I thought it would be a good idea. 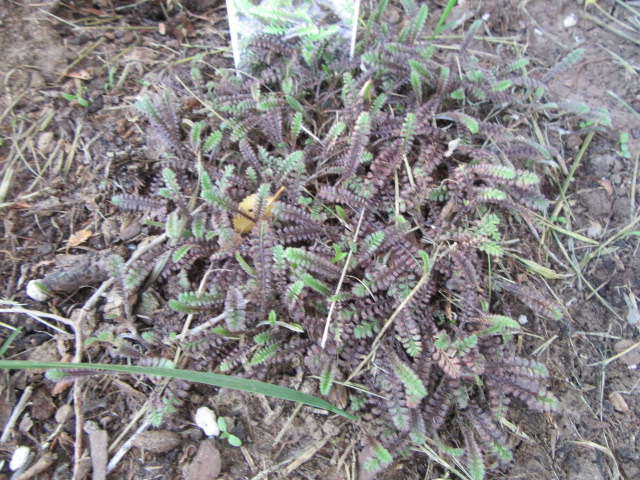 It took right off and started spreading out a little… I always like the way the new leaves unfurl like a fern.

*Different websites say they are hardy only in USDA Zones 5a and up to 11.

The Leptinella squalida ‘Platt’s Black’ did pretty good during the summer. It has rules, though, that need to be followed. I realized this plant does much better in some shade than in full sun. It does NOT like it hot and in the sun. It is fairly drought tolerant once it gets established, but it is not particularly fond of dry soil for more than a few days. It did fine until temps started getting cooler and it didn’t seem to appreciate that either, but it still went through several light frosts with no problem. After a few good zaps, though, this plant decided it was time to retreat. I did cover it up with some leaves when it started getting really cold. Now, we will have to see if it returns in the spring.

To my surprise, the Leptinalla squalida ‘Platt’s Black’ was starting to come to life when I checked on March 15. We had a really cold January and I was almost sure it wouldn’t make it through. But, I was pleasantly surprised. 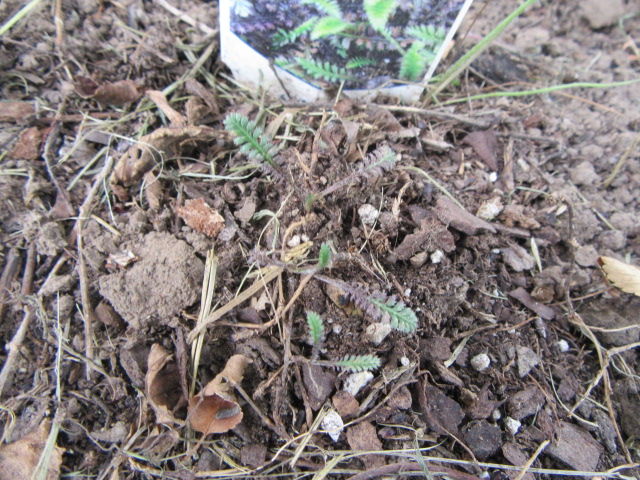 Even though it did come back and even spread a little, it didn’t grow that much. It is only June and we have several more months of summer.

We had a bad Japanese Beetle invasion which completely changed the environment of the shade beds. Unfortunately, The Leptinella squalida ‘Platt’s Black’ hadn’t taken off very well anyway and then it just fizzled out. Hopefully, I will run across this plant again someday and I will give it another shot. Even if you have to purchase this plant every spring, it is worth it…