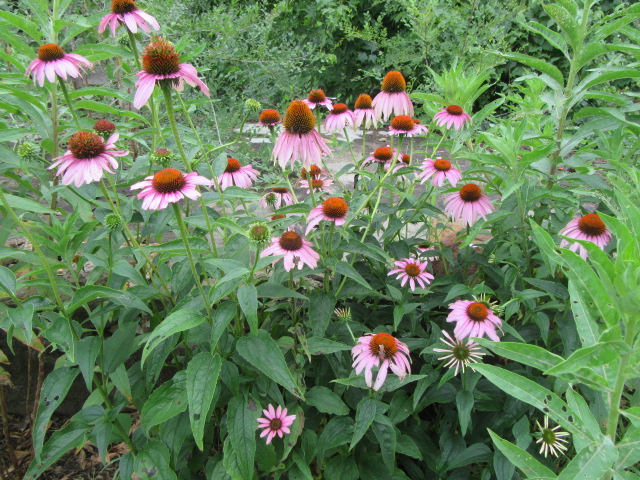 Hello everyone and HAPPY 4TH OF JULY! As always, the city had their 4th of July celebration at the park down the road from where I live. There was a steady stream of traffic going by most of the day. It rained this afternoon which kind of put a damper on things, but the fireworks display went ahead as planned. I must admit, they do a pretty good job for a community the size of Windsor. I can see the fireworks pretty good from the backyard which lasted about 30 minutes.

Despite it sprinkling most of the afternoon, including one pretty good downpour, I did manage to go out about 6 PM and take a few photos. I took photos all week but have been tardy writing daily posts. Ummm… How many times have mentioned something to that effect? 😐

Last July 4 I moved the plants and plant tables from around the shed in the other yard to the front and back porch. That was because of the Japanese Beetles.

So, in alphabetical order…

In the above photo, the Echinacea purpurea, which may be the cultivar called ‘Magnus’, is now flowering up a storm. The bank in town has a HUGE patch of them I have been meaning to photograph. The Purple Coneflower is one of my favorite plants. GEEZ! I can’t believe I said that because I try not to have favorites! I like the way the petals droop and like the feeling of the cones. Echinacea purpurea is a very beneficial plant in many ways. 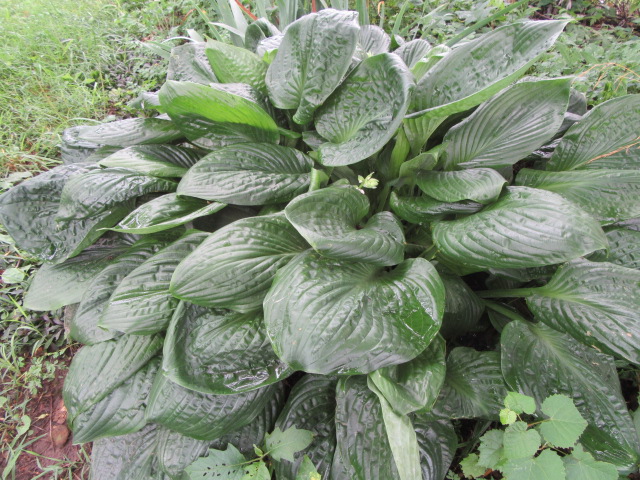 Out in the shade bed, several of the Hosta are starting to flower. The Hosta ‘Potomac Pride’ has a lot of buds but they haven’t peeked their way through the foliage yet. Hosta ‘Potomac Pride’ has been an awesome performer over the past at least eight summers. I bought it while in Mississippi at the mansion and the first photo was taken on April 15, 2012, but it seems like I had it longer. I really like its dark green, puckered, and corrugated leaves. The clump had gotten very large and has been the best performer of all the Hosta in my collection.

Even though I just brought the Hosta ‘Sum and Substance’ home last June 7, it has become quite a show-stopper. Very bight and cheery for sure and starting to flower. 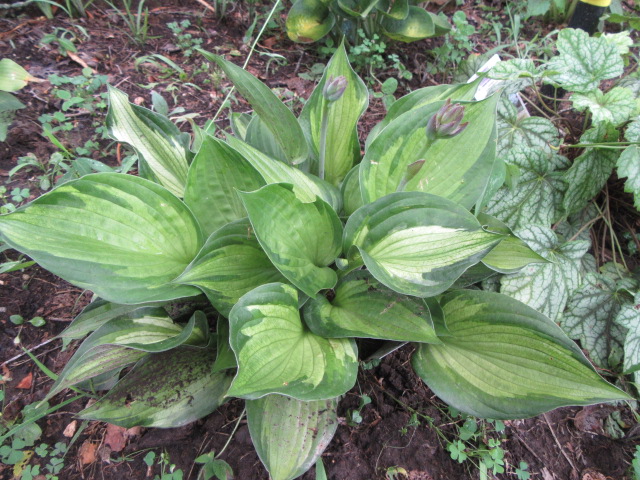 The Hosta ‘Whirlwind’ is always a dazzler. Its leaves change color with age which just adds to its interest. It isn’t a big plant, but it puts on a big show! 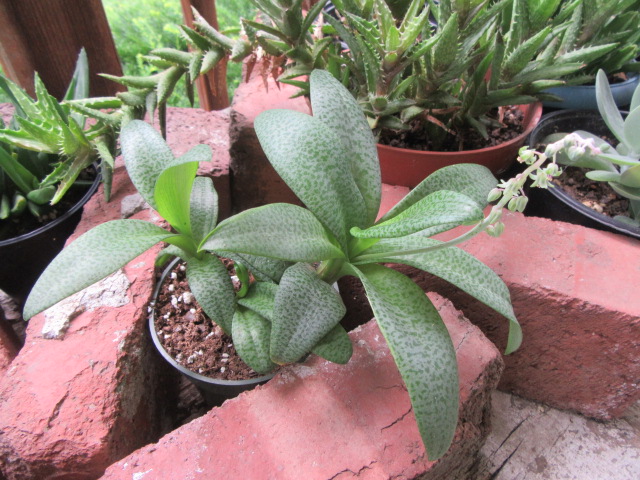 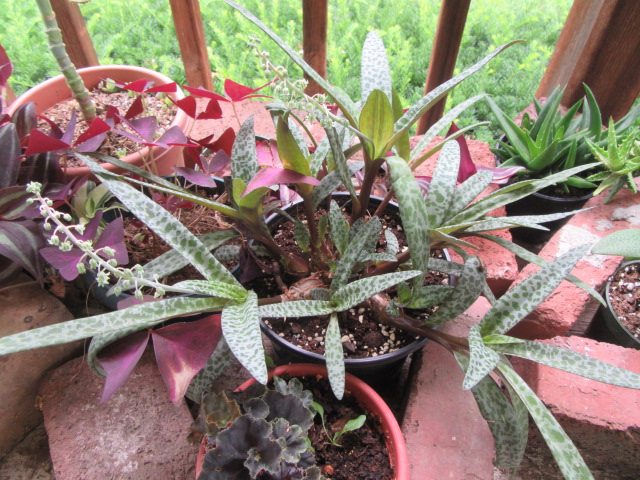 The Ledebouria socialis var. violacea is really growing well. It had many more bulbs than the other one when they arrived. This one was the species Ledebouria violacea but the name changed also. 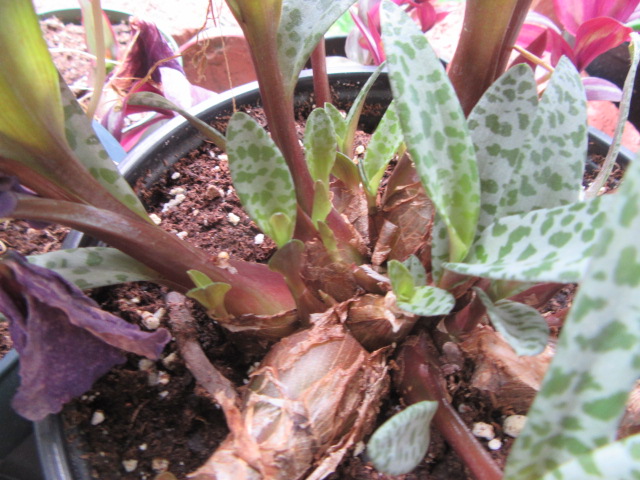 The Ledebouria socialis var. violacea also seems to be a bit more of a spreader. These plants are VERY, VERY easy to grow even through the winter in the house. You don’t even need to water them through the winter, in fact, it is best if you don’t.

I am STILL waiting for the two new cultivars to arrive… I think he is a bit behind.

Hmmm… My computer just notified me I have a new memory from summer 2017. Weird… Now I am wondering how it came up with that idea. 🙂 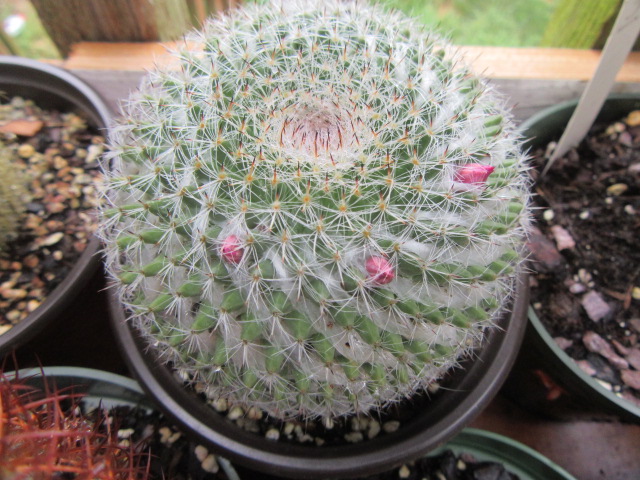 The Mammillaria hahniana (Old Lady Cactus) is starting to bud again. It isn’t looking like its normal fuzzy self because it is wet from the rain. This is our fourth summer as companions. 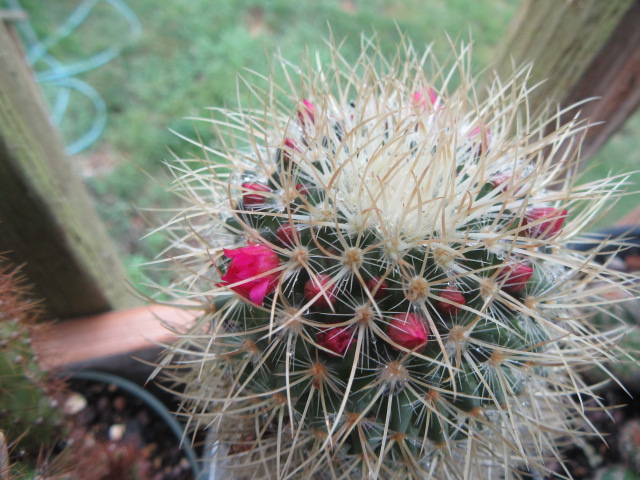 The Mammillaria pringlei (Rainbow Pincushion) is also starting to flower. This is our third summer together.

I took photos of all the cactus and succulents several days ago but they haven’t made it to a post yet. 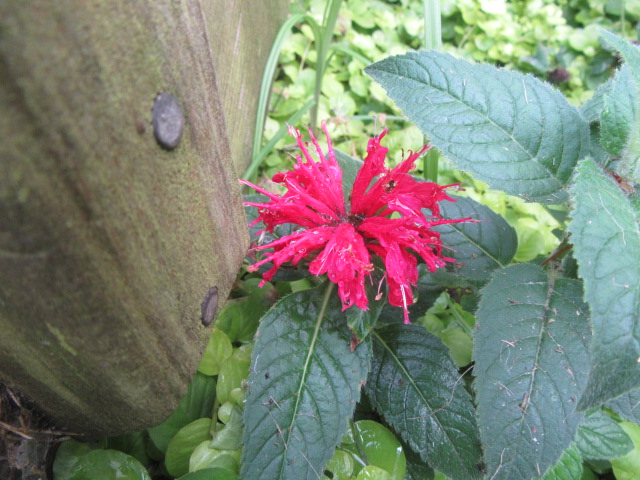 I was delighted to see a flower on the Monarda didyma ‘Cherry Pops’. I was amazed that it even returned this spring as it seems most perennials I have bought have not, especially in the north bed. 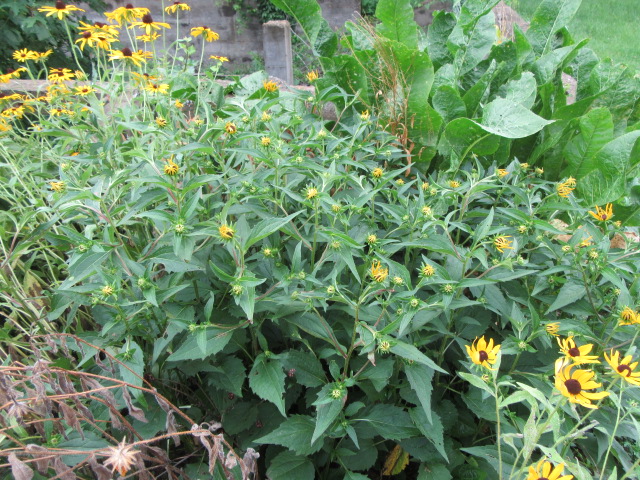 Hmmm… While the Rudbeckia hirta (the native species) have been flowering for a while now, the Rudbeckia fulgida var. sullivantii ‘Goldsturm’ is STILL in bud! 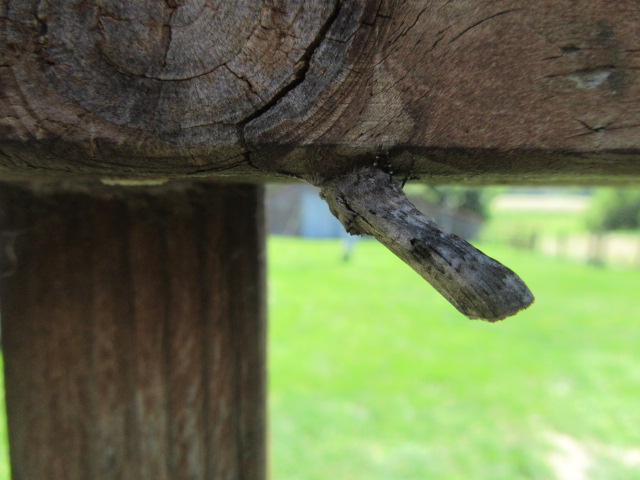 I took the above photo this moth a few mornings ago but wanted to share it with you. It was just sitting there trying to blend in with the porch raining. Later I found out is it the Morning Glory Prominent (Schizura ipomaeae). It reminded me of a post called Rainy Season from June 4 on the SKYEENT blog. The second photo on the post is of the Buff Tipped Moth which looks exactly like a decaying birch twig. I find many moth species camouflage very fascinating.

A lot of insects do some very interesting things. There is a small wasp that fills the windchimes on the back porch with grass. It was kind of funny, actually. I had noticed the grass in the wind chimes but didn’t say anything to mom and dad about it. I just kind of ignored it as weird. There is a lot of weird around here sometimes. Anyway, one day dad and I were on the back porch and this small wasp comes flying in with a piece of dry grass about a foot long and somehow manages to put the whole thing in one of the tubes. Dad said it always does that and sometimes the wasp drops the grass and has to get another one. I didn’t notice the wasp last summer and a lot of the grass has fallen out by now. I have been hoping it would return so I can take photos. 🙂

OK, I am finished now. It is 12:35 AM and it is now the 5th of July. It is raining and thundering which will make for a good night sleep (hopefully).

Until next time, be safe, stay positive, be thankful and GET DIRTY if you can.