Hello everyone! I hope this post finds you well. Have you ever wondered what that spit-looking stuff on grass and other plants are? Well, even as a kid I remembered seeing it and really never gave it much thought. I see it off and on and just thought it was weird. A few days ago I saw it on some grass and clover and curiosity got the best of me so I took a few photos.

I uploaded the above photo on iNaturalist and it said “it was pretty sure” it was a species of Philaenus and showed a photo of an insect. The second and third choice were slime molds. Well, I thought at first it couldn’t be an insect so I checked out the slime molds. That just didn’t seem to be what it was either. 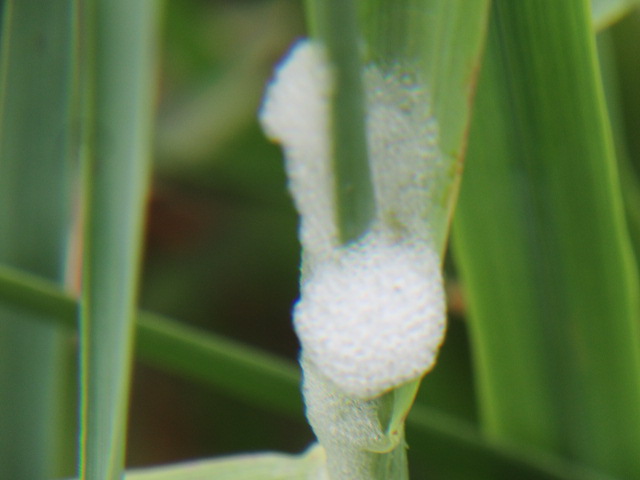 I went ahead and posted the photo as a class of Myxomycetes and a member commented, “have you considered spittlebugs?” and included a link. He also said, “If  you brush away some of the spittle it is usually easy to find the insect inside.” Another member said, “It’s not a slime mold. It’s called ‘cuckoo spit’ (in Australis).”

So, I checked out the link for spittlebugs then went to see if I could find the bug. 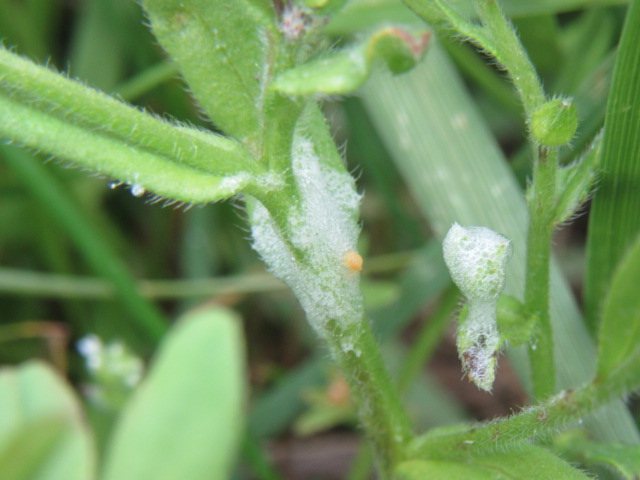 I moved some of the spit around and didn’t see anything except for this yellowish speck which wasn’t an insect. So, I moved to another wad of spit…

Low and behold, there was a larvae of a spittlebug. That was really weird to find a little critter crawling around in spit… 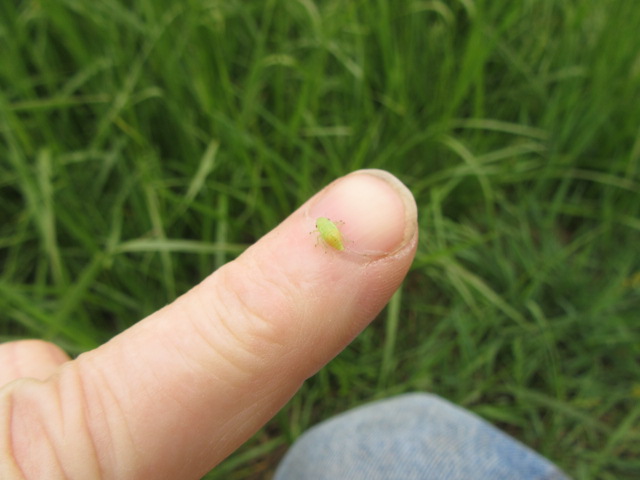 I took a few photos and uploaded them on iNaturalist and it was identified as Philaenus spumarius which is the Meadow Spittlebug.

Wikipedia says it is the Meadow Froghopper or Meadow Spittlebug and it belongs to the family Aphrophoridae. The genus name, Philaenus, comes from the Greek word philein which means “love”. The species name, spumarius, comes from the Latin word puma which means “sparkling” from the foam nests. The name Philaenus spumarius is translated as “foam lover.” Hmmm…

The species originally comes from the Palaearctic ecozone. It was later introduced to North America and Canada. Apparently, it is important because it is a vector of Xyellia fastidiosa. Xyellia fastidiosa is a plant pathogen that causes several types of leaf scorches and other issues. So, this little critter is a valuable worker.

You can check out THIS LINK to Wikipedia to read more about the Philaenus spumarius. You just never know what is lurking around in the yard and pastures.

That’s it for this post. I have a few more posts in the works which I might be able to finish today. At least one…

Until next time, be safe and stay positive, stay well and always be thankful. I hope you are getting dirty!