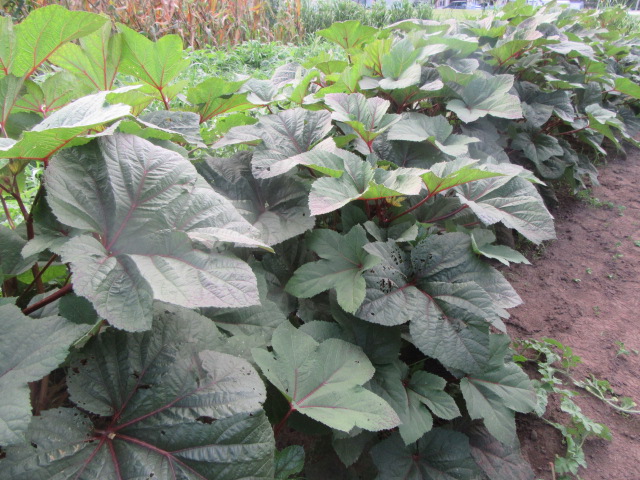 Hello everyone! I hope this post finds you all well and you enjoyed your weekend. I have been wanting to do a few videos because I seem to get behind writing posts. I take a lot of photos and then don’t have time to write the post. This morning I took quite a few photos then I needed to finish mowing the yard. After that, I needed to work on the Okra and plant the second row of snap peas where the fava beans were earlier.

I have planted several varieties of Okra since 2009 but this year I planted ‘Jing Orange’. I like experimenting and there are probably several hundred varieties of Okra. When I lived in Mississippi Okra was popular so I had no problems giving it away to friends and neighbors. Here it isn’t as popular so I freeze a lot of it. I like it steamed and fried but you can use it in a variety of recipes.

When I lived in Mississippi I became acquainted with an older gentleman by the name of Mr. Step. I forgot his first name… Anyway, I went to visit him one day in his HUGE garden and he was in his Okra patch with his pocket knife whacking off the leaves. He said, “You have to chop off the leaves to get “R” to em.” What he meant was they need good air circulation to produce well so you have to remove the big leaves. So, I have been doing that each year and they have done very well. Probably better than I needed.

I made a few videos about the okra, tomatoes, and watermelons but you can’t just upload to WordPress. SOOOOOO, so I created another YouTube channel. GEEZ!!! Of course, it is called The Belmont Rooster. 🙂 I actually need something a little different because it takes a VERY LONG TIME to upload a good-sized video. I just took the videos with my camera but I may need a video camera.

The first one is longer and it took HOURS to upload. I am pretty new to doing videos but we’ll see where this leads… There is some way you make the size of the videos smaller. Hmmm… That’s not quite what I want to say. You go to some settings and change the size somehow, kind of like when you change the size of photos so they will upload faster. I’ll figure it out somehow. 🙂

Well, I better close for now and think about going to bed…

Until next time, be safe and stay positive. I hope you have a great and blessed week. Get dirty if you can and take a big breath of fresh air.