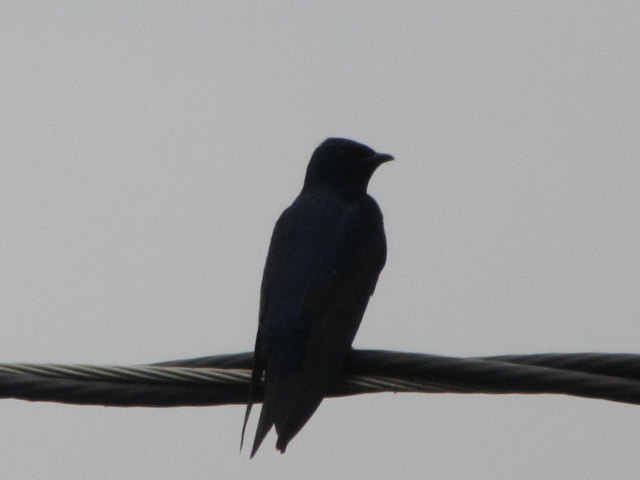 Hello everyone! I hope this post finds you well. This afternoon I thought I heard a Martin and within a few minutes, he landed on the wire above the Martin house. I wonder if he is curious why there is not much activity among humans…

Spring is definitely here and the early spring wildflowers are now blooming (Henbit, Deadnettle, and Speedwell).

I apologize for my absence of late but I have been busy working on wildflower pages. I had hoped to get them finished before spring but that didn’t happen. GEEZ! I am alive and well.

I suppose the past few weeks have left many of us stunned because of COVID-19. Being in a small rural community in Missouri, the impact hasn’t sunk in for many residents. So many people think it is a joke or maybe it will fizzle out before it gets to us. Henry County had one girl test positive, I think she was the third one in Missouri at the time. Apparently, she hasn’t recovered because Missouri still hasn’t listed anyone who has recovered. Now, Missouri has 670 cases and 9 deaths (as of March 27 at 10:28 PM). The U.S. is now #1 on the list.

I check the COVID-19 update several times a day on worldmeter.info. It changes often and you can check by country and state. It gives links to the sources for their information.

Most churches are not having services and all other activities and meetings have basically been put on hold. Schools are not having classes and many businesses have reduced their hours of operation. Most fast-food restaurants have closed their doors and are now just serving at the drive-up window. Even funerals have changed and we are just having small grave-side services.

Of course, there are those with their conspiracy theories which I completely ignore.

Trying to get motivated this spring after a lazy winter has been difficult. The up and down temps, the rain and snow… Now a lot of mud to deal with. I have been doing a friend’s chores after he had neck surgery and there is just a lot of mud… More rain is on the way. I think about writing posts, and have taken photos, but the words just won’t come… Writer’s block? I don’t know but that seems impossible for me. I think my brain is in shock.

I am not complaining in the least and I have a lot to be thankful for.

But, this past week, there was also a tragedy. One of the greenhouses I have mentioned numerous times, Wagler’s, had a family crisis. They are Amish if you remember. Anyway, one of Ruth Wagler’s sons and three of his children were involved in an accident on the highway not far from their home. A truck came over the hill driven by a 17-year-old driving to fast. The pickup struck the buggy seriously injuring Jay and his three children that were with him. The father was taken to the Regional Medical Center in Kansas City. The 8-year-old was flown to Children’s Mercy Hospital in Kansas Cty by Air Evac. The 9 and 13-year-old were flown to the same hospital by Lifelight Eagle. From talking to several of the Amish I learned the father had previous issues of his legs and the other was broken in the accdent. I think there are blood clots he was dealing with. The nine-year-old is a boy and one report says both his legs were broken and a broken pelvis. The youngest I think is a girl and I am not sure what her injuroes are. The oldest I think has some spine issues and needs surgery but hasn’t regained consciousness. This afternoon, I was told the two youngest kids may be discharged on Saturday.

I am thinking about going to Wagler’s Greenhouse and get an update.

You just never know what can happen. All we can do is hang in there and do the best we can. It’s like everything seems fine then something weird comes up leaving you wondering what will happen next.

COVID-19 is something that will affect everyone in one way or another and its effects will be long-lasting. Even if the virus magically disappears…

So, just hang in there. Stay positive and think of all we do have to be thankful for. What are you doing now and how are you doing? Are you OK?

13 comments on “Purple Martin Scout Arrives In A Stunned Country”