Crassula cotyledonis Thunb. is the correct and accepted scientific name for this species of Crassula. It was named and described as such by Carl Peter Thunberg in Nova Acta Physico, etc. in 1778.

Plants of the World Online by Kew lists 205 species in the Crassula genus (as of 1-18-21 when I am updating this page. It is a member of the plant family Crassulaceae with 36 genera. Those numbers could change as updates are made. 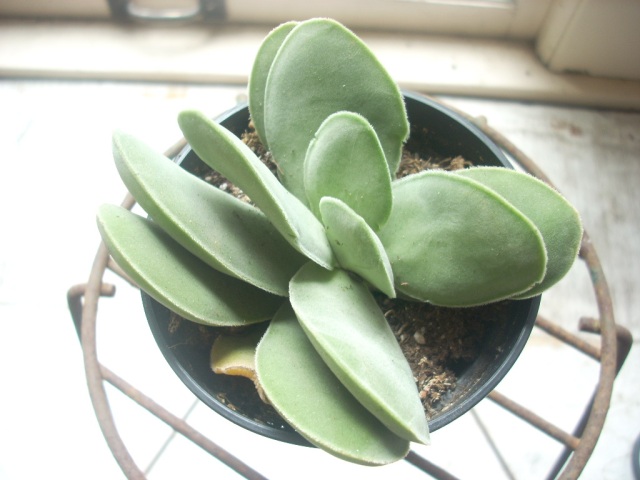 I brought this Crassula cotyledonis home from Lowe’s in Greenville, Mississippi in 2012. I was living at the mansion in Leland, Mississippi at the time. The plant was incorrectly labeled Crassula Dudia and it said it was a Propeller Plant.

The industry mislabels a lot of plants which is kind of understandable in a way (sometimes). Plant names change often, especially cactus and succulents, so if they have several thousand labels printed for a season of plants I am sure they would want to use them. You would think they would eventually print new labels with the correct name. Maybe they don’t even check to see if the names change. Anyway, it was weird that the only name on this label that was correct was the name of the genus. Where did they come up with the name Dudia? I suppose maybe they changed the former name, Crassula dubia, to Dudia, Maybe they misspelled it? Then the label says the common name is Propeller Plant. That is the common name for Crassula perfoliata var. falcata. 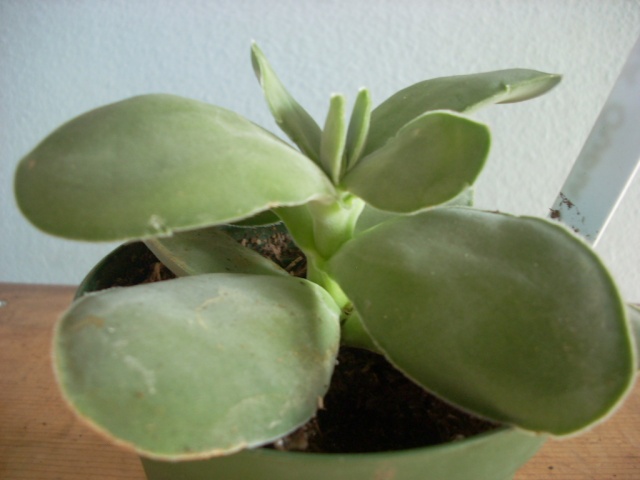 I had already decided that this plant was a Crassula dubia when I sent a photo to Margrit Bischofberger of the International Crassulaceae Network in 2013. Not only that, but I sent her photos of all my plants in the Crassulaceae family and she corrected many names. She told me this plant was Crassula cotyledonis. At that time, I barely knew about The Plant List, which was and still is, AWESOME. It is now unmaintained, though, and 2013 was the last update. It turned out we were both right, Crassula dubia being a synonym of Crassula cotyledonis. You don’t expect me to admit to being wrong.

I now use Plants of the World Online by Kew for my main plant name research. While on their pages, you can scroll down to “Other Data” which directs you to the International Plant Names Index which gives information about the author and the publication the plant was first described in. 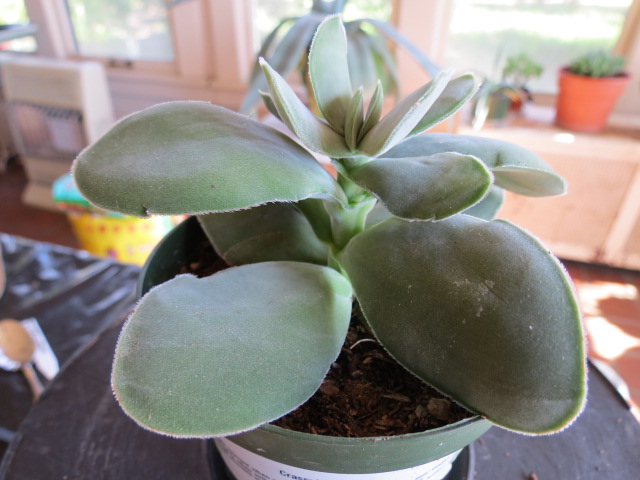 After I bought this plant, I brought it home, took photos and measurements, and put it in a larger pot. It didn’t take long for this plant to transform. It did fine and continued growing and doubled in size within 9 months.

I bought this plant with me when I moved back to the family farm in mid-Missouri in February 2013. It had to take an 8-9 hour ride in the back of a trailer and it was 30 degrees! I put most of my plants in the basement with poor light and 60-65 degree temperature. Some of the succulents didn’t seem to mind at all that and some of them, including my Crassula cotyledonis, soon started failing. It slowly but surely died. I will find another one someday.

There isn’t much online about growing this neat succulent. As with most succulents, it requires bright light and very well-draining potting soil. There are many cactus and succulent recipes, probably almost as many as there are succulent enthusiasts. I used 2 parts potting soil, 1 part chicken grit, and 1 part perlite for a long time. Then I found out that pumice was better than perlite. Some potting soils have more perlite than others. The most important thing is that the soil is very well-draining and stays somewhat loose, which can be difficult. They need regular watering duging their growing period and very little during the winter months. Usually, if you see their leaves starting to shrivel or wrinkle, you should give them a little water. It’s all trial and error until you get to know your plant’s needs.