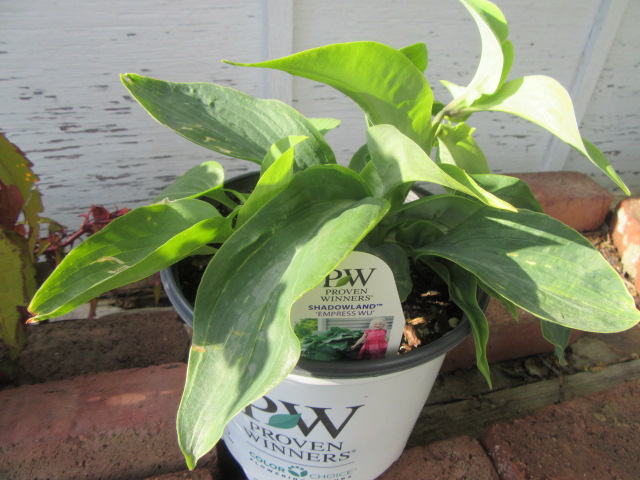 I have wanted a Hosta ‘Empress Wu’ for many years and I was very glad I found them at a couple of local sources. I was at a garden center in a nearby town and theirs were $22.00 for a 1-gallon pot. I could afford it at the time, but I decided $20.00 would be better spent on more than one plant. My sister came down from the city to go plant shopping, since there are four greenhouses in town, so we went. Luckily I found a Hosta ‘Empress Wu’ for half the price so I also bought my Hosta ‘Dancing Queen’. Sure, they were in smaller pots, but they will grow. 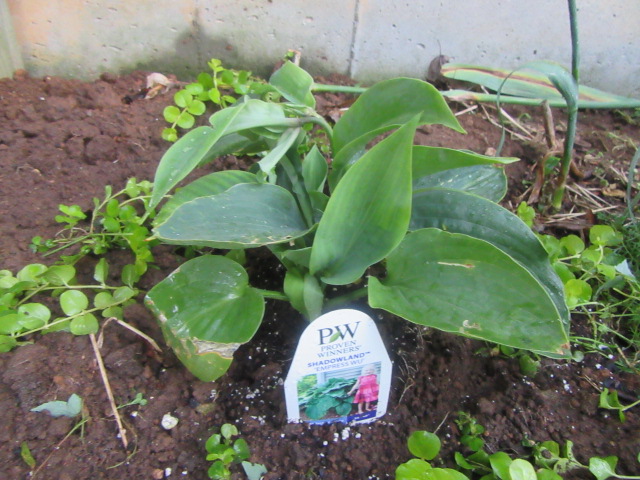 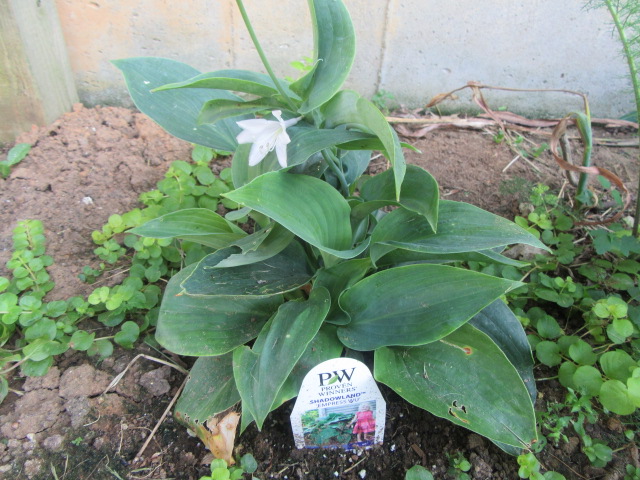 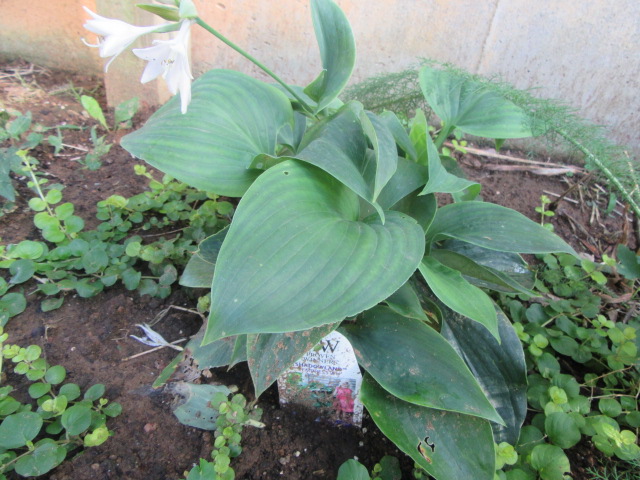 Hosta ‘Empress Wu’ was named for the only female emperor of China. It can grow 4-5 feet tall x 6-8’ wide, although it can take around 5 years to get that size. The leaves can grow around 1 1/2 feet wide! 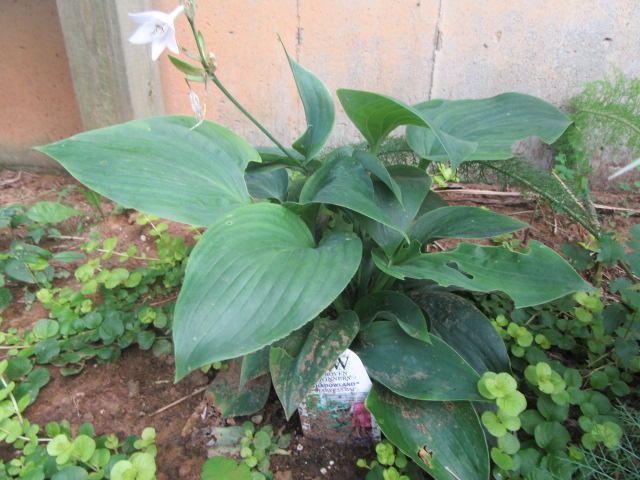 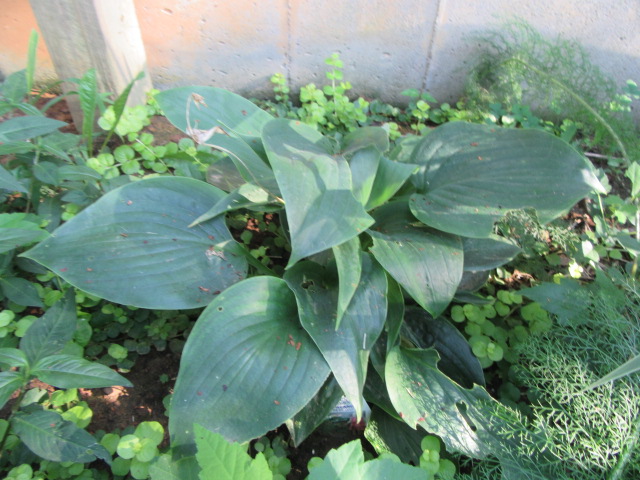 I planted my Hosta ‘Empress Wu’ in the corner by the side porch on the north side of the house. All my other Hosta are in another place, but I have had my eye on this spot for an ‘Empress Wu’ for a long time. The problem was, I had been planting my larger Colocasia esculenta in this area. In the spring of 2017, I found a Colocasia gigantea ‘Thailand Giant’ I put next to the porch. Then, after that, I found the Hosta ‘Empress Wu’. So, since the Hosta was still smaller, I put it behind the Colocasia in the corner. I realize that in time, things will definitely need to change. The Colocasia gigantea ‘Thailand Giant’ will continue to be larger, hopefully, as the size of the bulb or tuber) grows. At least I hope. With that in mind, I will have to move the Colocasia over this spring. 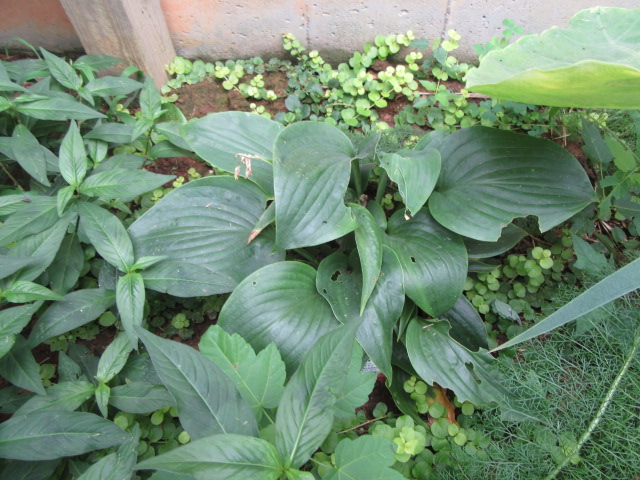 I found this great article on a website called Fraternal Order of the Seedy Fellows that was written by Rob Mortko. The article, “HOT HOSTAS: Hosta ‘Empress Wu’, The New Benchmark in Big“, was published in the Hosta Journal. To bad, but this website hasn’t been updated for a while. It says 2009. It highlights several AMAZING Hosta hybridizers. 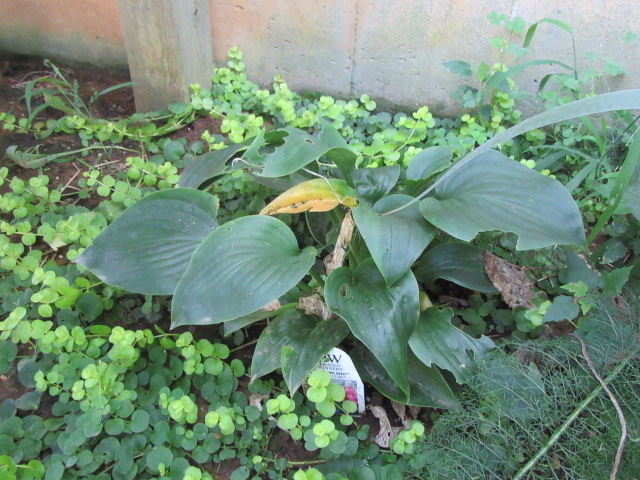 I am running out of words, so you’ll just have to enjoy the photos… 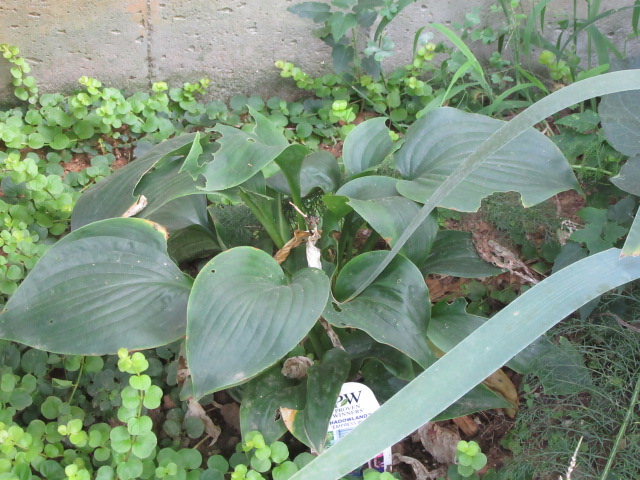 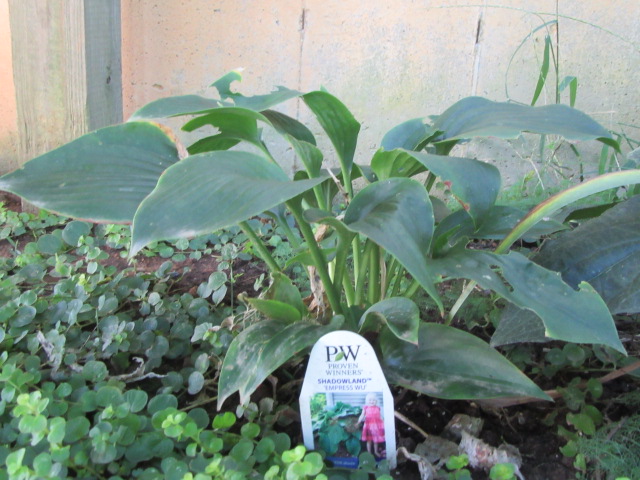 Hosta ‘Empress Wu’ did very well all summer. Soon we will get a good zap and it will go dormant. Then, we will have to patiently wait all winter to see if it will return in the spring. 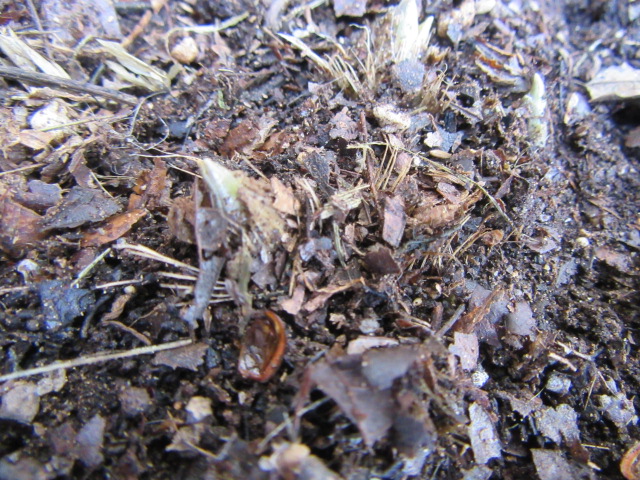 We had a very cold January with several days below zero during the first week. A few times it was -10 degrees F. It was good to see a few of the Hosta barely peeking through on March 3 including the Hosta ‘Empress Wu’. I kept it covered because winter was certainly not over. 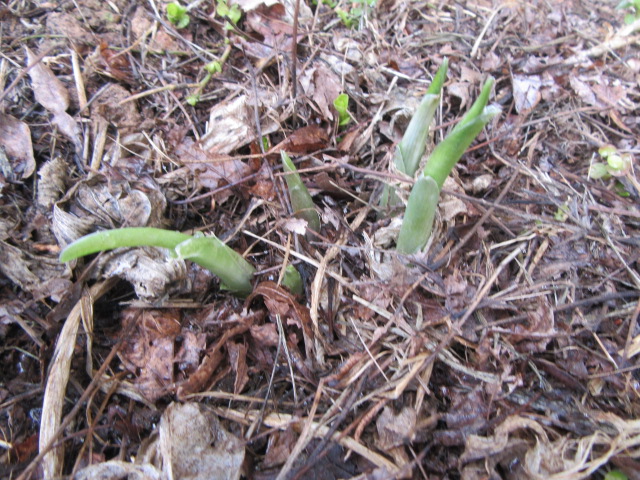 The temperatures would warm up a little then get cold again. Hosta ‘Empress Wu’ was ready to start growing, but she was still somewhat reluctant. 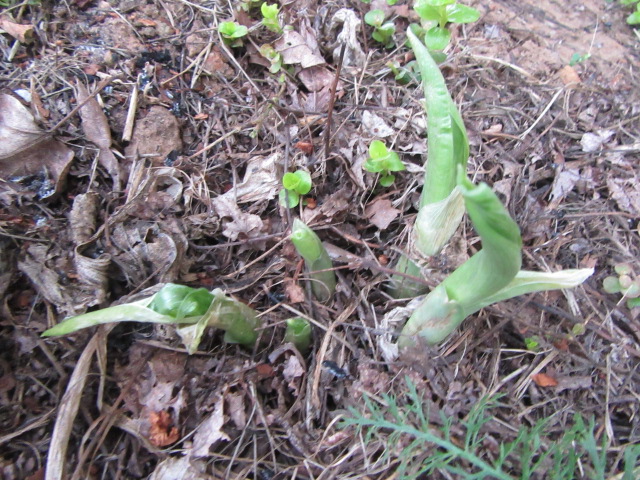 The leaves are trying to unfurl, but the cold temperatures wanted to hang around. It made growing a little difficult. 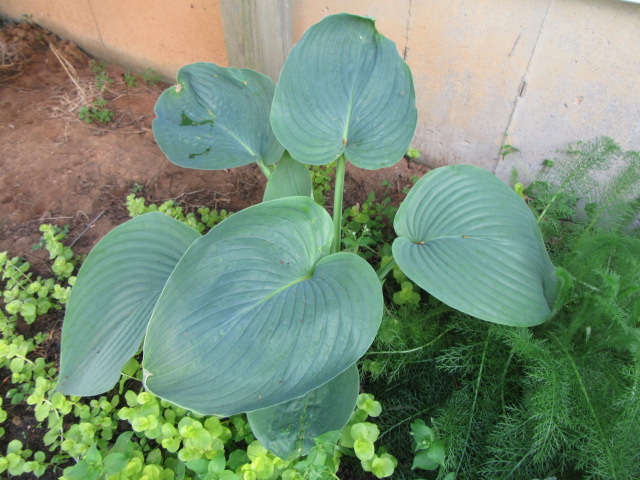 Hosta ‘Empress Wu’ was looking very good by May and anxious to begin another summer. 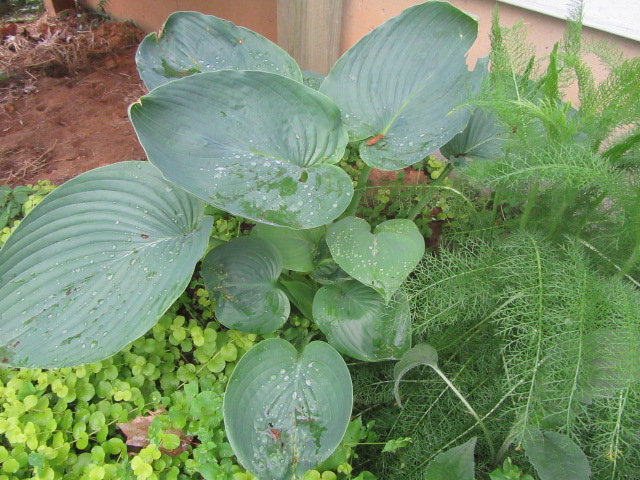 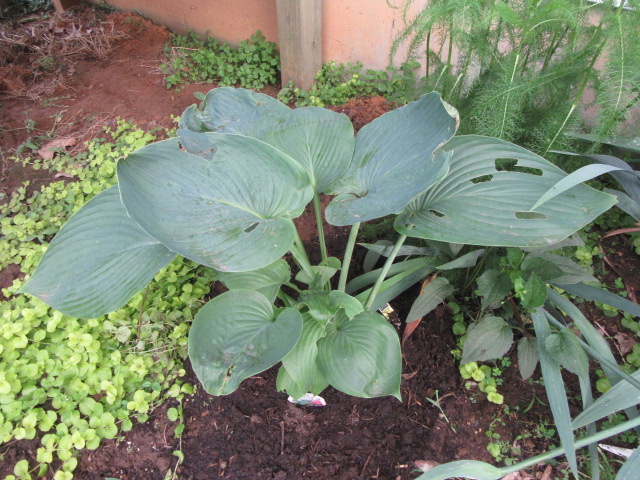 I moved Hosta ‘Empress Wu’ away from the corner so it could have more room. Since this plant has the potential to get quite large, I knew it would eventually need more room.

This is the first Hosta I have grown in the bed on the north side of the house. This would make a great location for all the Hosta, but I have been noticing something is finding Hosta ‘Empress Wu’s’ leaves to be a little tasty. I have not noticed any slugs, but I did see a snail… Even though its leaves are fairly thick and information online says it is supposed to be slug and snail resistant.

I am running out of words again… 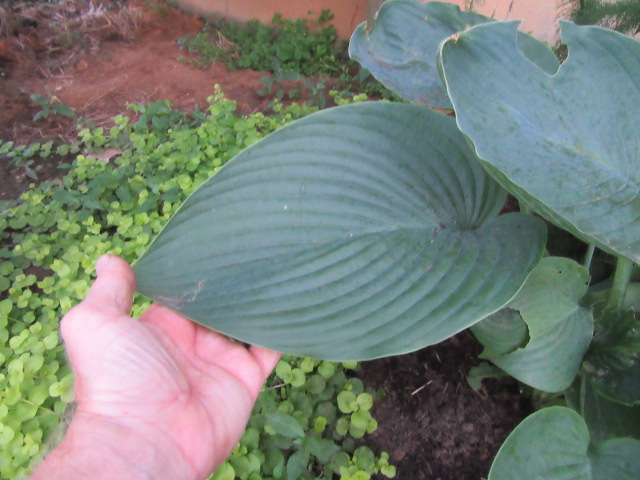 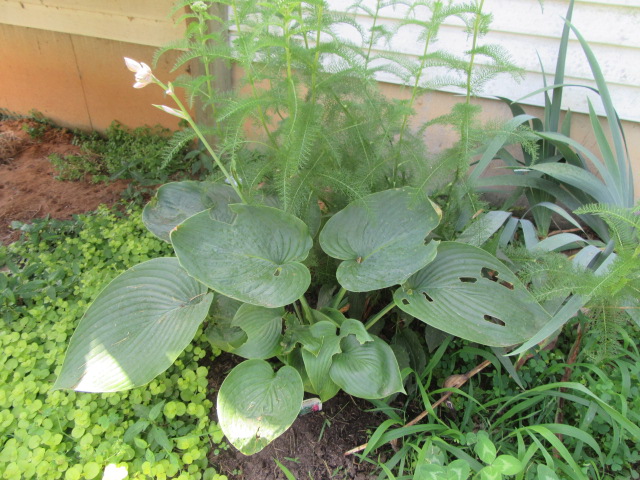 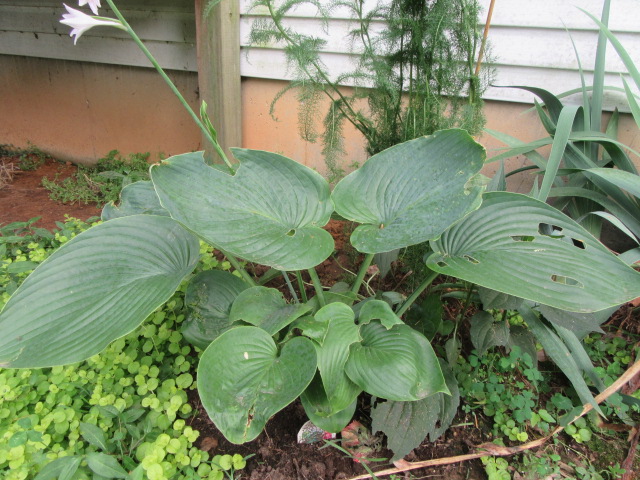 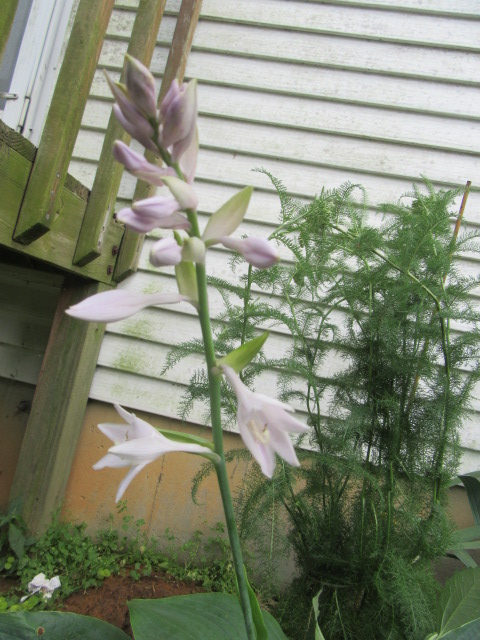 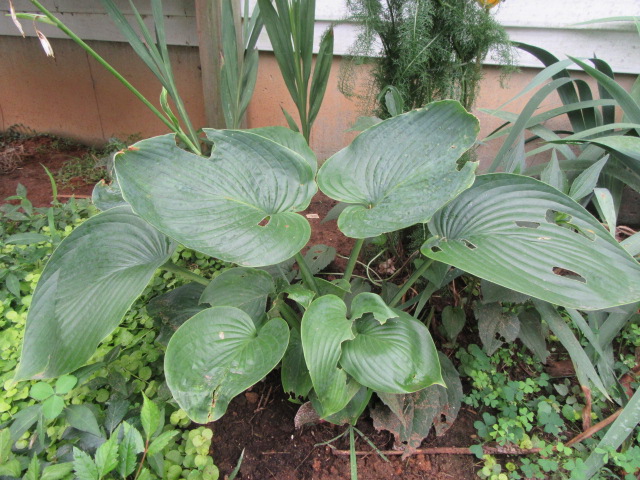 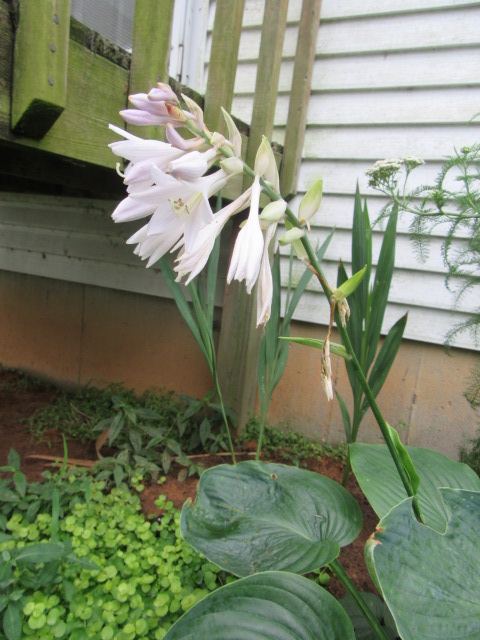 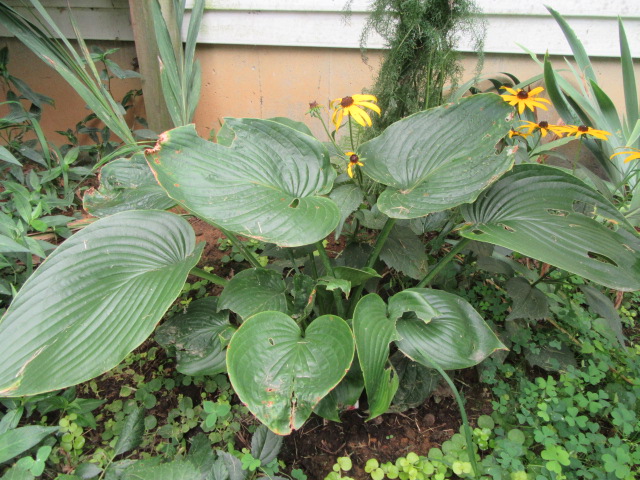 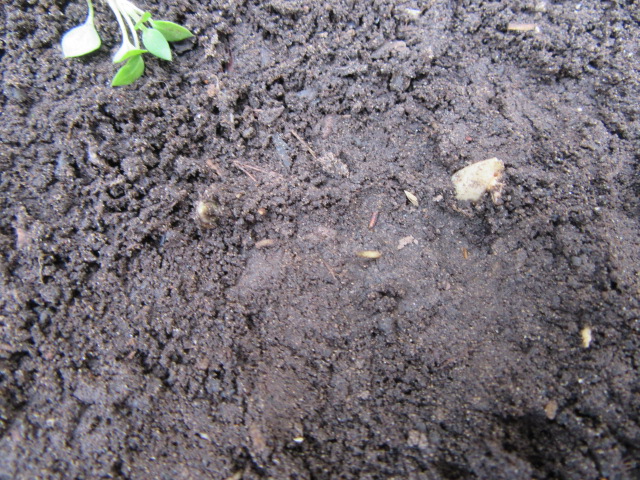 When I first checked on the Hosta on March 7 and again on the 10, the Hosta ‘Empress Wu’ hadn’t come up yet. It is by the porch on the north side of the house so I could keep an eye on it. Finally, on March 17, I noticed a few sprouts. 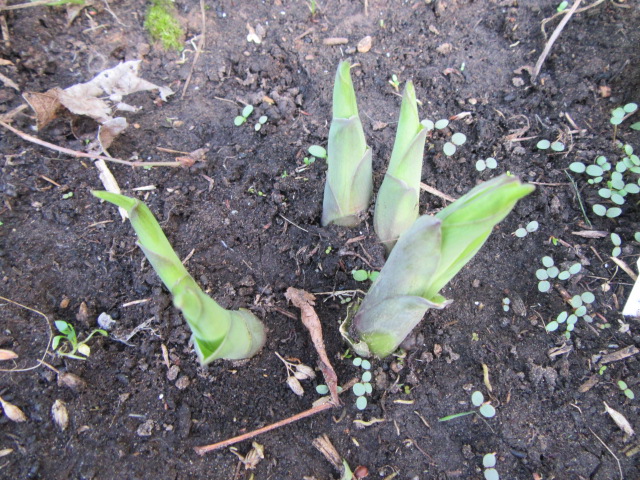 By April 7, the Hosta ‘Empress Wu’ was growing pretty fast. Probably the fastest growing of the Hosta in my collection. Its leaves are pretty good sized so it takes a while for them to unfurl. 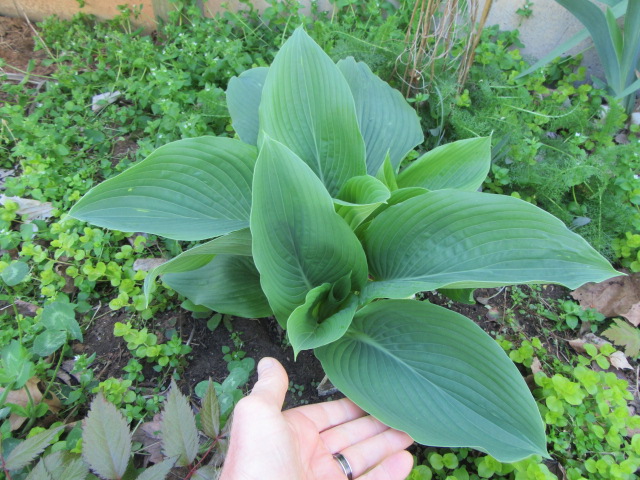 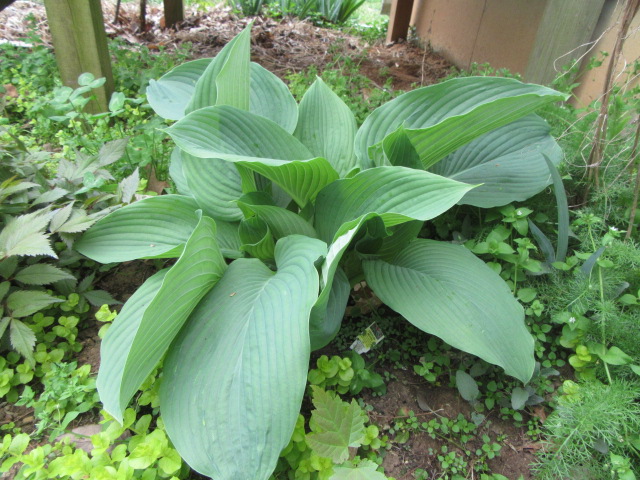 The Hosta ‘Empress Wu’ is on the north side of the house where I come and go from the house so I naturally notice it often. The other Hosta are in the “other yard” where they don’t get as much attention. 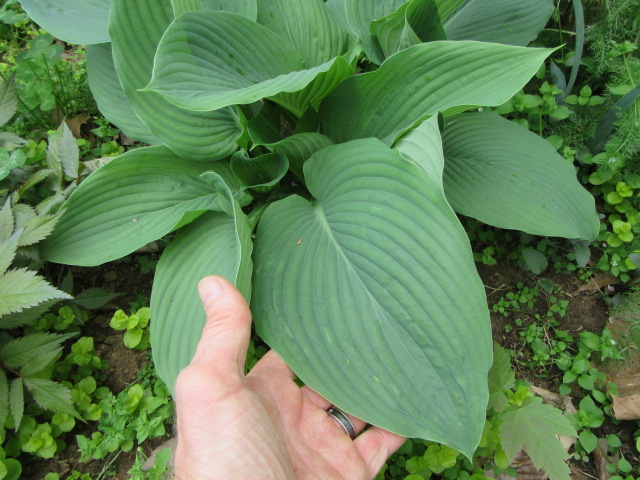 The leaves are already getting big. Information online says mature specimens can have leaves up to 1 1/2′ wide! 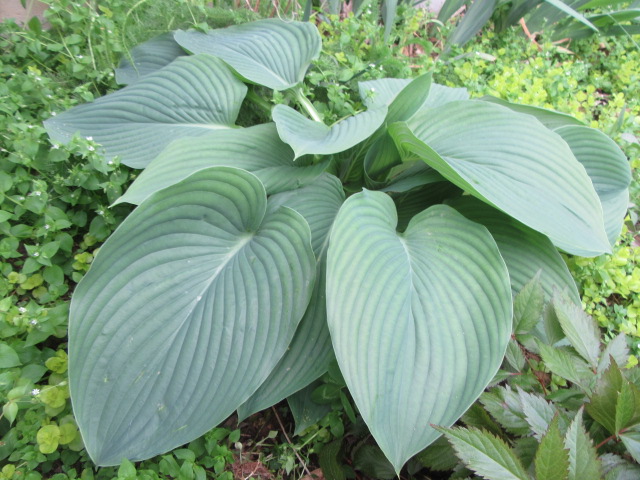 It is just the last part of April and the Hosta ‘Empress Wu’ is already 30″ wide!

I will continue adding more photos as time goes by… Usually once a week when the temps start warming up and staying that way.