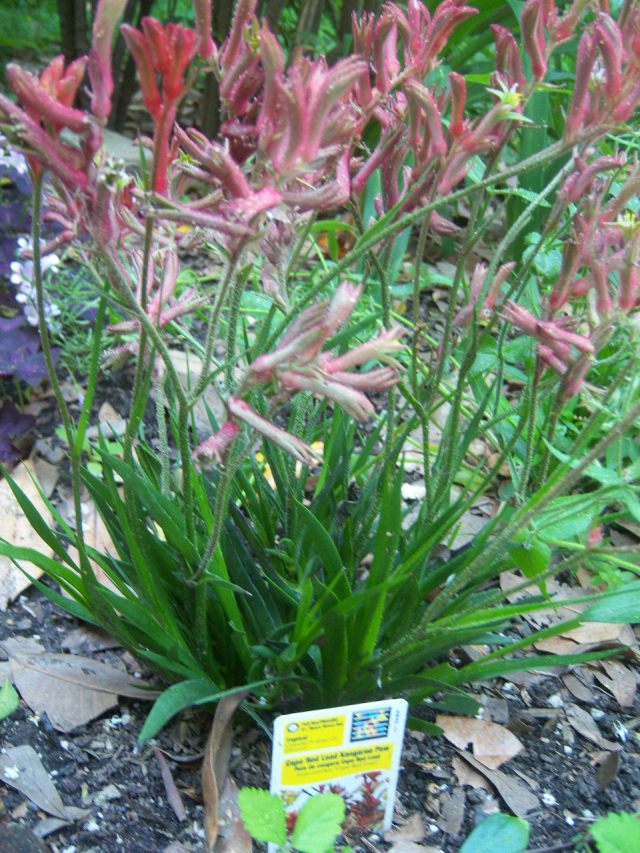 Anigozanthos Labill. is the correct and accepted scientific name for the genus. It was named and described by Jacques Julien Houtou de Labillardière in Relation du Voyage a la Recherche de la Pérouse in 1800.

Plants of the World Online by Kew lists 11 accepted species in the genus native to western Australia. There are several cultivars ranging in size and flower color, including white, yellows and oranges and reds. As strange as it is going to sound, the Black Kangaroo Paw that was once Anigozanthos fuliginosa is now all alone in its very own genus and is now called Macropidia fuliginosa. Truthfully, it is a stand-alone awesome plant!

My first experience with the Kangaroo Paw was when I was living in California in 2008 when I first went to work for Dr. Skinner (Suzanne). Her flower beds needed some updating so she allowed me to re-do the flower bed in front of her house, along the garage, and build a new one in the backyard. Among many plants we bought was a Kangaroo Paws. It was awesome! Then when I was plant shopping at Lowe’s in Greenville, Mississippi I found this ‘Cape Red Lead’. Well, I just had to buy one. 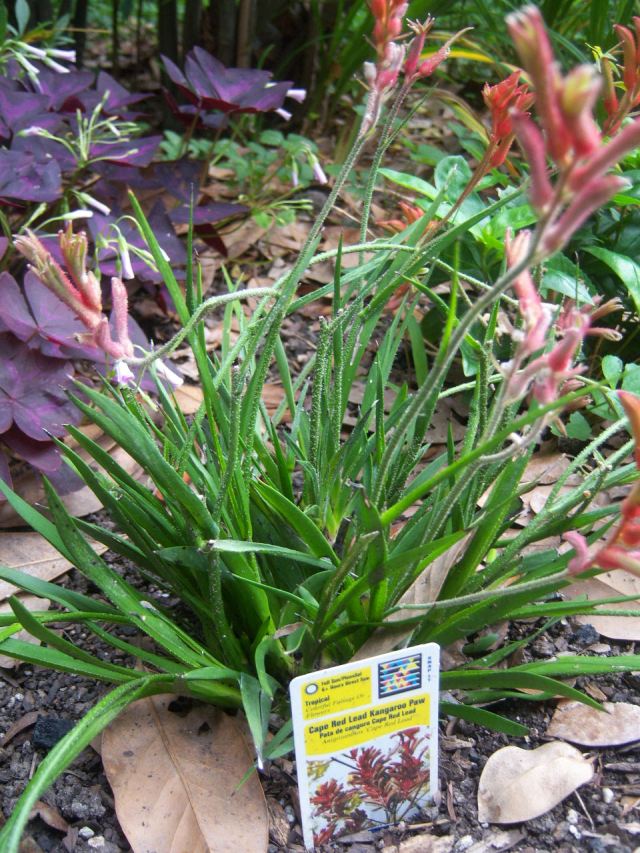 The Kangaroo Paws are native to Australia and they really like it hot and dry. The plant did very well through the heat of the summer but shot craps when the temps started getting cooler. If you ever have the opportunity to grow this plant, you also must remember it likes it dry, so water very sparingly…