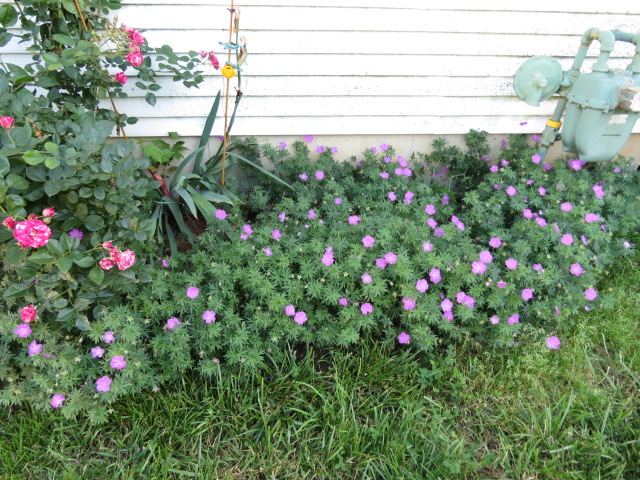 Geranium Tourn. ex L. is the correct and accepted name for the genus. It was originally named by and documented by Joseph Pitton de Tournefort. It was later described by Carl von Linnaeus in Species Plantarum in 1753. Mr. Tournefort is known for being the botanist who made a clear definition of the concept of plant genera. It would be very interesting to know how many genera he actually named that we think were named by Linnaeus.

Geranium sanguineum var. striatum is similar to the species but with larger flowers, maybe up to 1 1/2″ across. I have not measured the flowers so that is something I will have to do this summer. 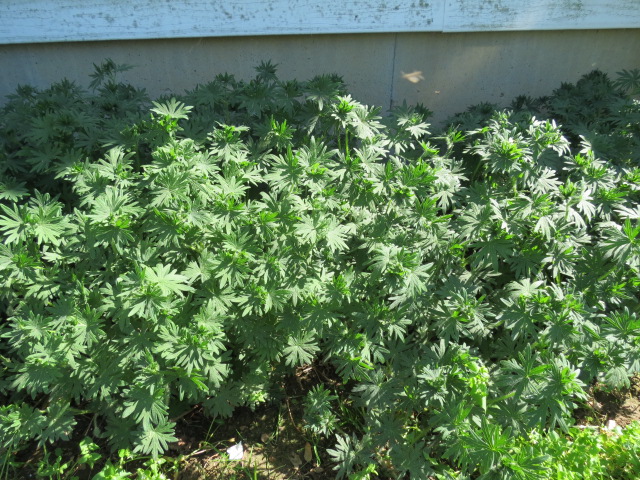 When I moved back to the family farm in mid-Missouri in February 2013, I was happy to see descendants of the Geranium sanguineum I had planted in the early 1980’s were still here. I had moved into my grandparents (my mother’s parents) home after my grandfather passed in April 1981. My grandparents were exceptional gardeners and had HUGE gardens on both sides of the house, an apple and peach orchard, lots of grape vines, blackberries and raspberries. You might say if it could be grown here, my grandparents had it. I spent a lot of time with my grandparents and I guess their jor of gardening passed to me. My father was also a very good gardener as were his parents. 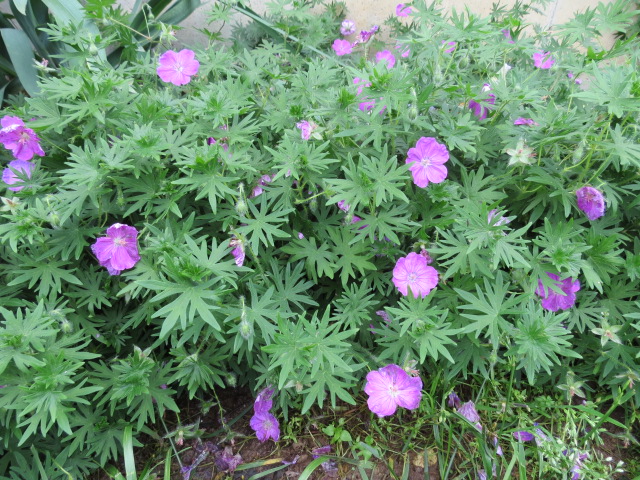 He retired in 1996 and my parents decided to move to the farm. They had a manufactured home built and moved it where the garden used to be south of the driveway. Dad started using an area where the garden on the north side of my grandparents home was for his garden spot. Sometime after they moved there they chose to tear down my grandparent’s old house. Originally, they had given it to the Amish who planned on moving the entire house. The problem was getting it over the hump across the road where the railroad tracks had been. They found out that wouldn’t work so they tore it down and saved the lumber.

At some point, mom and dad didn’t take care of the old flower beds. The Hosta were mowed off (OUCH!) and the beds around the old fish pool were abandon and mowed down. Luckily, dad moved the Geranium sanguineum to the north side of their new home where they flourished. They sun in the morning and again in the afternoon. 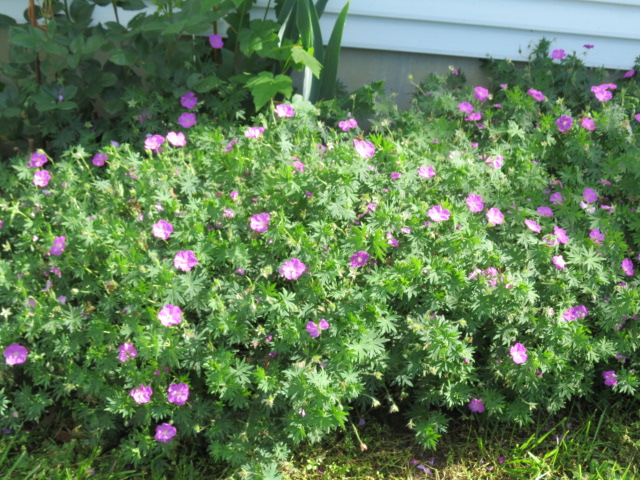 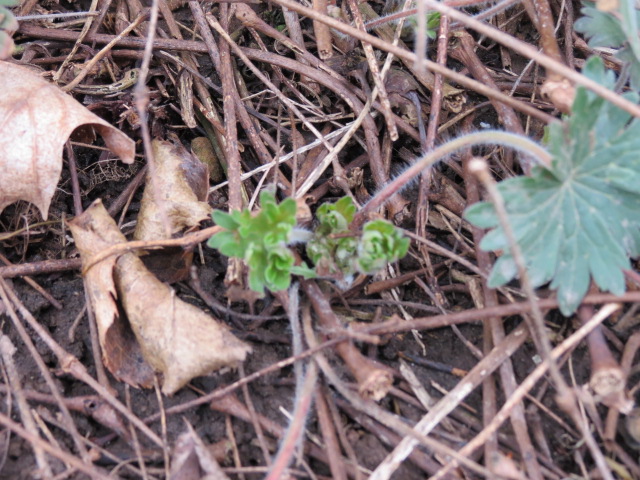 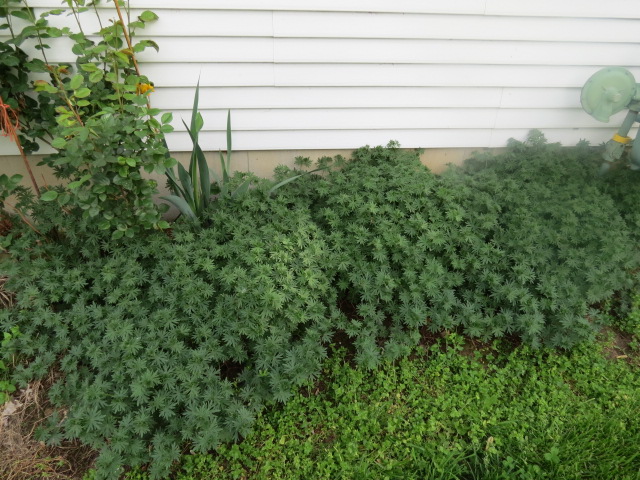 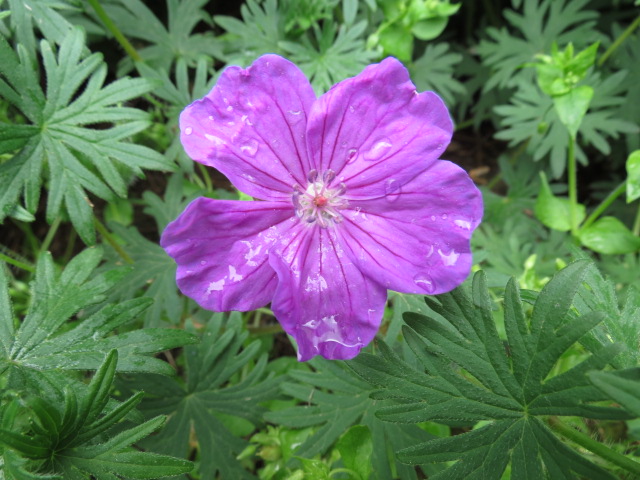 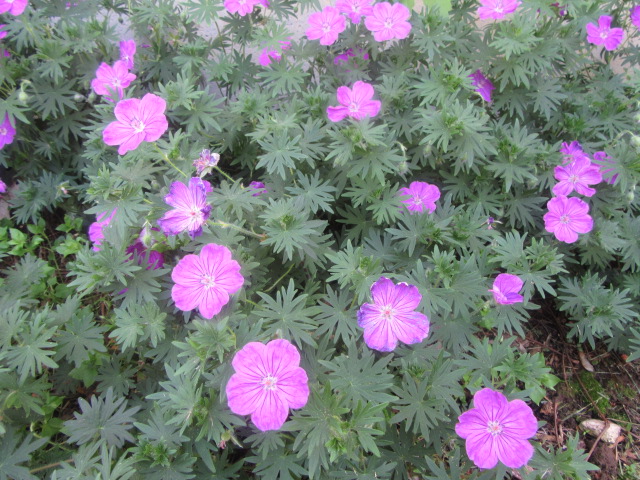 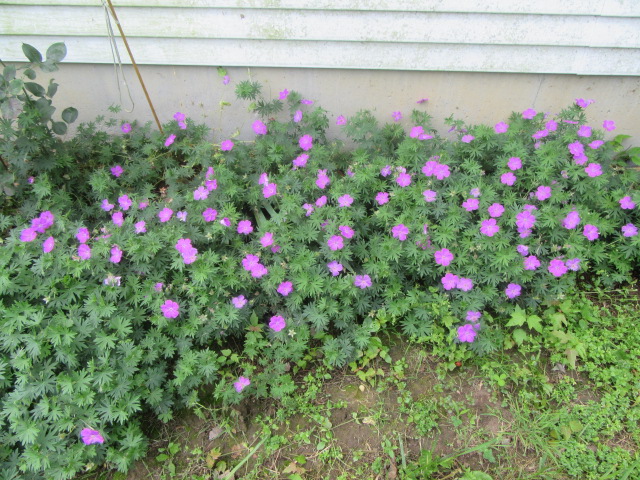 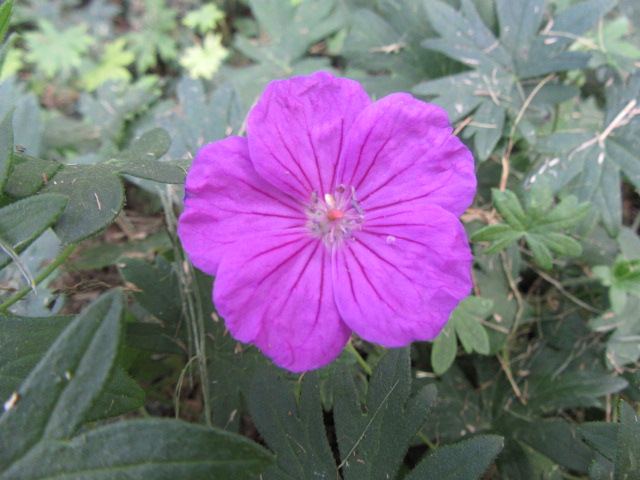 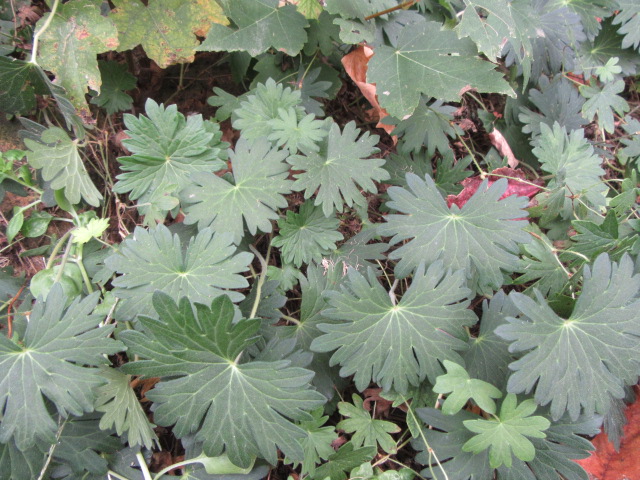 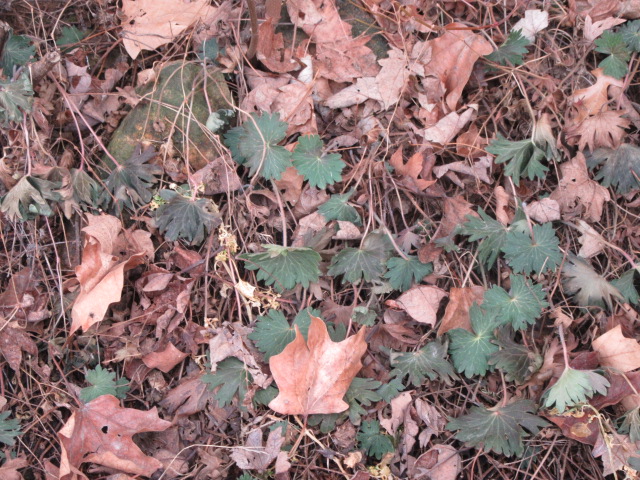 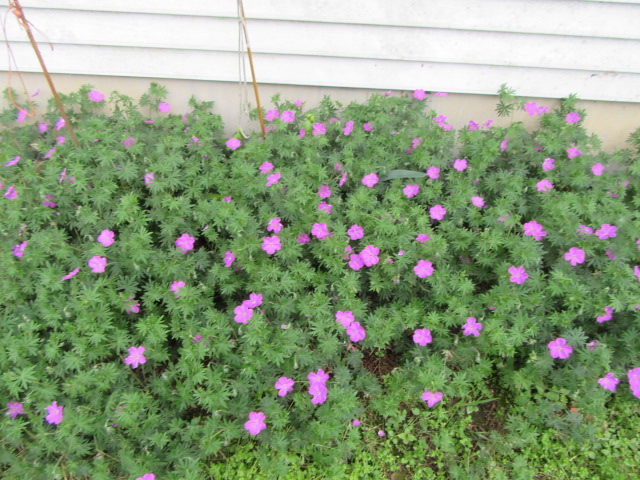 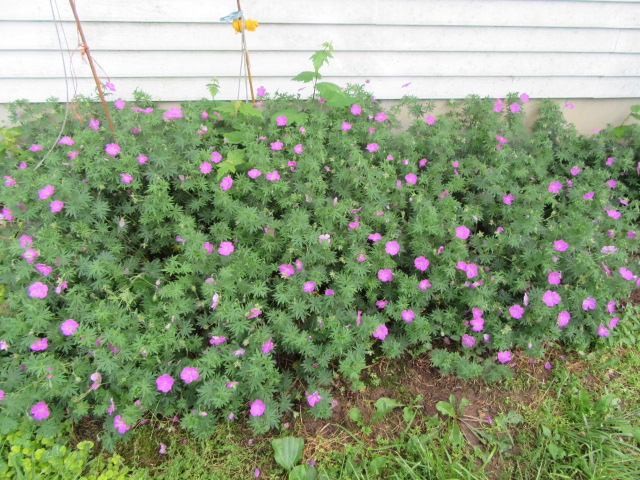 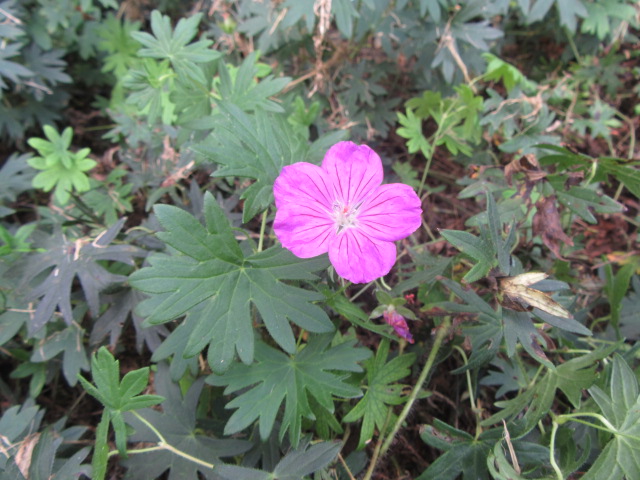 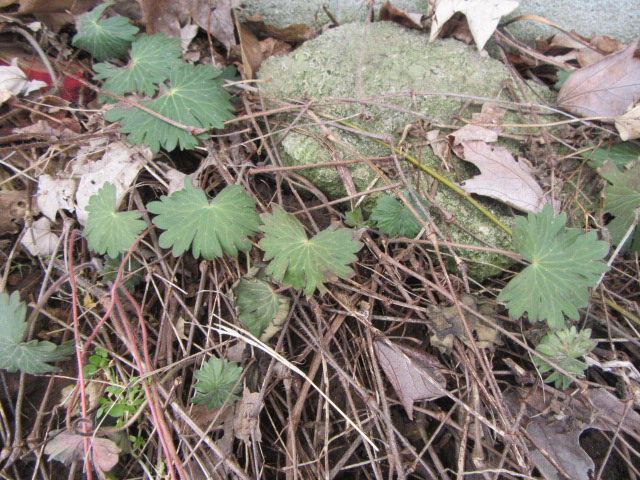 I hope you found this page useful. If you have any comments, questions or suggestions, I would like to hear from you. Please leave a “Like” below if you have read this page. It helps us bloggers stay motivated. 🙂 You can click on the links below for further information. The links take you directly to information about the genus and/or species.