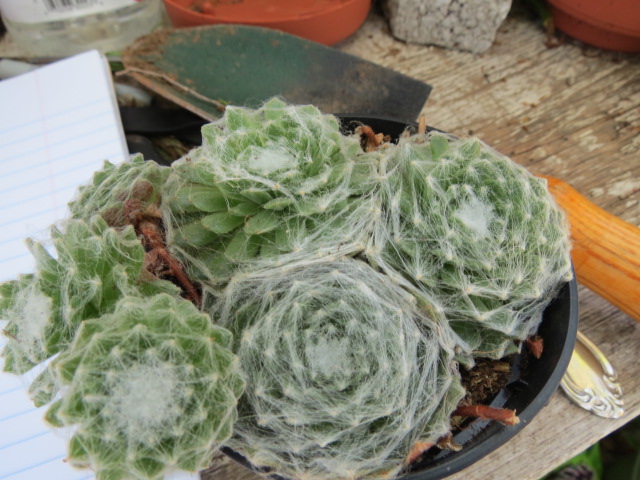 Sempervivum arachnoideum L. is the correct and accepted scientific name for this species of Sempervivum. The genus and species were named and described as such by Carl von Linnaeus in the first volume of the first edition of Species Plantarum in 1753. I am not sure if he was actually the first to name either one, though…

As of 11-19-21 when this page was last updated, Plants of the World Online by Kew lists 52 species in the Sempervivum genus. it is a member of the plant family Crassulaceae with 36 genera. Those numbers could change as updates are made on POWO. 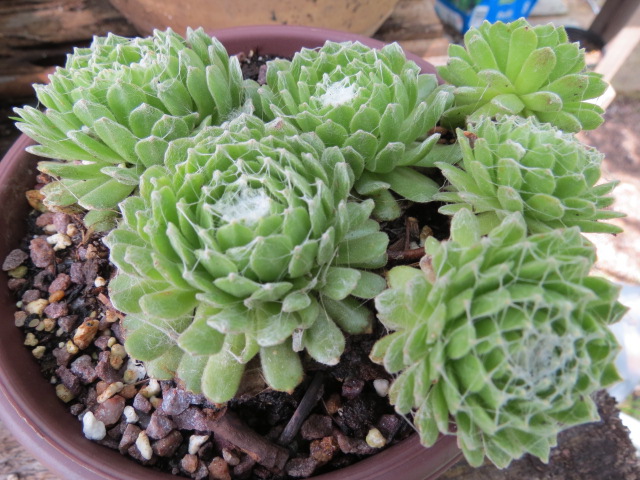 Sempervivum arachnoideum is native to the Pyrenees, Alps, Apennines, and Carpathian mountains in Europe. The species is quite variable, including dwarf and crested forms, which all hybridize easily. 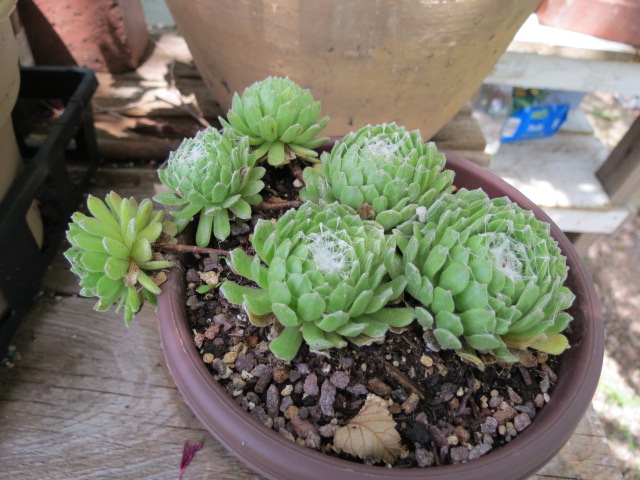 The species is unique in that the leaf tips are connected with webbing that resembles cobwebs. There are several cultivars available and the degree of webbing varies. There are also red and maroon types.

I brought this Sempervivum ‘Cosmic Candy’ home from Wildwood Greenhouse in 2019. Actually, the label said it was ‘Berry Bomb’ which was renamed by Chick Charms. I choose to use the correct name…

A view from the top of Sempervivum ‘Cosmic Candy’. 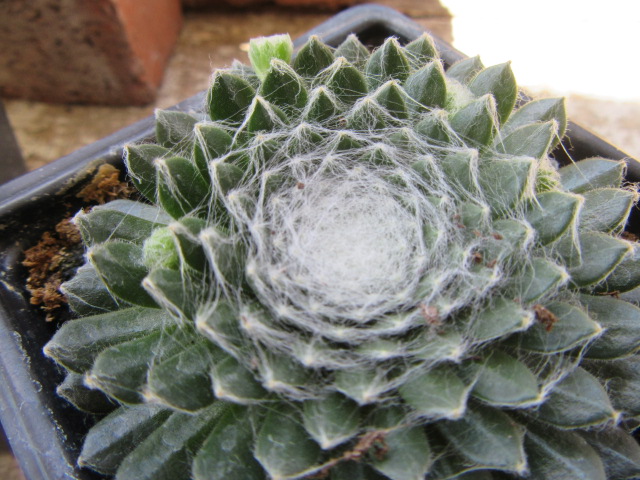 Wagler’s Green had several to choose from in 2021, so I brought home another one… 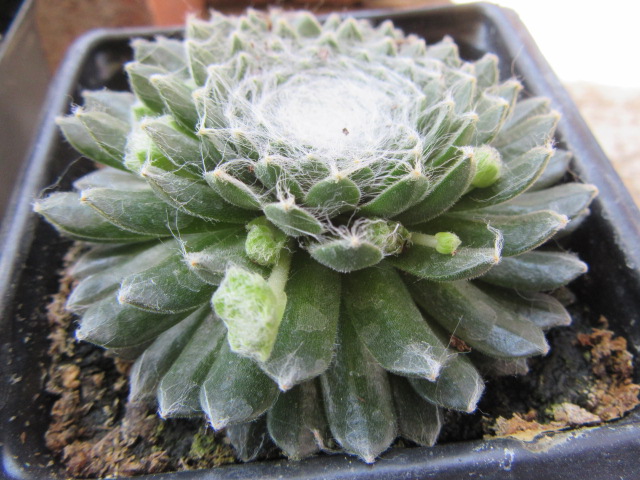 What can I say? Maybe they don’t overwinter well here for some reason like the labels and information online suggest but they do make interesting plants over the summer. I always bring them inside for the winter but they “usually” don’t do so well… I will keep bring these plants home because they are interesting…

Flowers of this species are normally pink, but there are also white and red variations. Flowers are held above the leaves on a 6-7” stems. Once the plant flowers and sets seed it will die. Hopefully there will be plenty offsets.

There are many Sempervivum species that tolerate cold better than others. They particularly dislike cold, wet winters and that is somewhat difficult to remedy in some areas. The webbing of this particular species will catch and hold water which could make rotting an issue.

Sempervivum are easy to grow in elevated beds and pots which allows water to drain much better. Sunny spots are favored but in hot climates they may need a shadier spot because they are not that heat tolerant.

I am not sure what did my Sempervivum arachnoideum in, but I think I tried to overwinter it in a pot inside and others in the ground. Either way, neither attempt was successful. Maybe someday I will run across another pot and give them another shot. How has your experience been with this species?