Tradescantia fluminensis Vell. is the correct and accepted scientific name for this species of Tradescantia. It was named and described as such by José Mariano da Conceição Velozo in Florae Fluminensis in 1829.

The genus, Tradescantia Ruppius ex L., was named by Heinrich Bernhard Ruppius but later described by Carl von Linnaeus in Species Plantarum in 1753. Some of his writings were published after his death by Albrecht von Haller and Carl von Linnaeus. The genus Ruppia was named after him.

Plants of the World Online by Kew lists 83 species in the Tradescantia genus (as of 2-26-21 when I last updated this page). It is a member of the plant family Commelinaceae with 39 genera. Those numbers could change as updates are made.

I found this pot Tradescantia fluminensis ‘Variegata’ at Wagler’s Greenhouse on 9-13-18 so I decided would bring it home. It was unlabeled but it didn’t take long to find out its scientific name.

Tradescantia fluminensis is a perennial ground cover in its native habitat and makes a great plant for hanging baskets. It has fleshy stems that easily root from the leaf nodes. 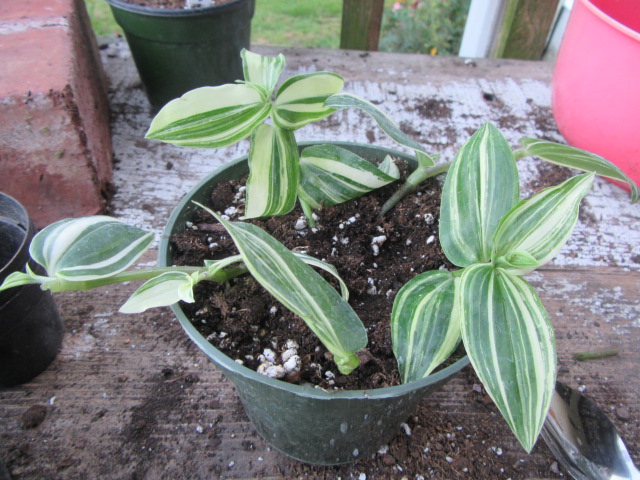 I gave the Tradescantia fluminensis ‘Variegata’ a trimming and arranged the cuttings in a circle in the pot. I use Miracle Grow Potting Soil for all my “ordinary” plants.

It prefers growing in light to full shade and doesn’t grow well in full sun. They prefer consistently moist soil but are forgiving if neglected on occasion because they store water in their fleshy stems. I get behind watering quite often… 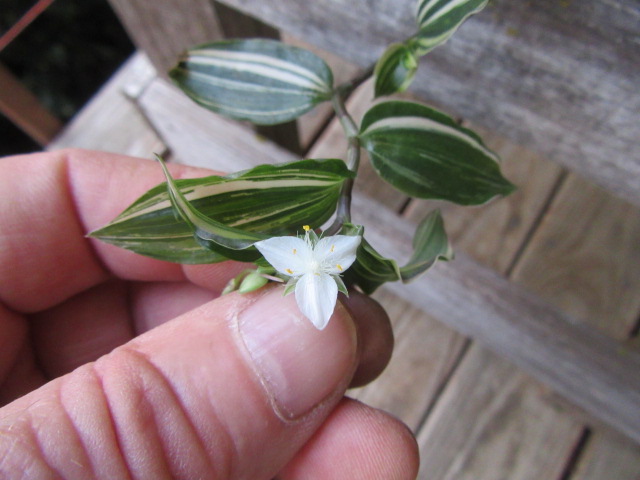 Tradescantia normally grow pretty fast and can become quite “stemmy”. You can easily give it a good trimming and put the cuttings in potting soil to grow more… 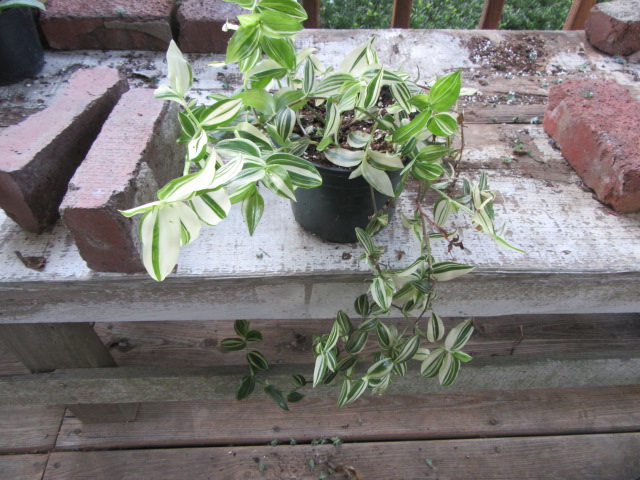 By the time October 11 in 2019 came around, the plant was looking great. I had to move the plants inside because an “F” was in the forecast… 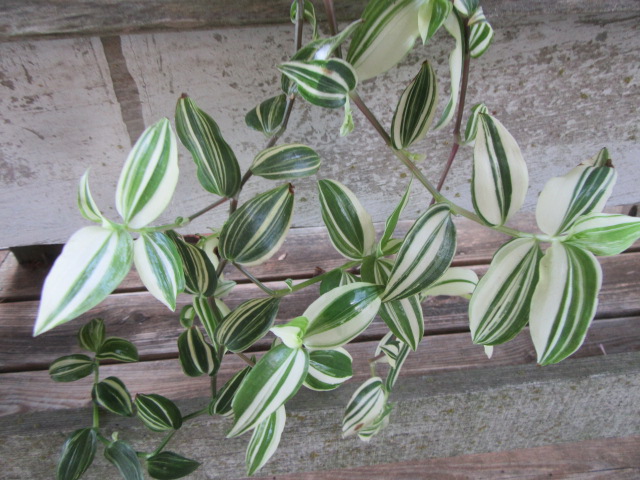 I put most of the Tradescantia in a cool front bedroom and kind of limit their water or they start growing weird and reaching for light. They stay don’t grow as much if you limit their water. Come spring when I move the plants outside, I give them a good trimming so they will regrow and look their best.

I was fairly busy over the summer of 2020 with the garden so I didn’t get many plant photos taken. I will do better in 2021.

Currently, as I am updating this page on 2-26-21, the Tradescantia fluminensis ‘Variegata’ is happily growing on the new plant shelf in my bedroom…