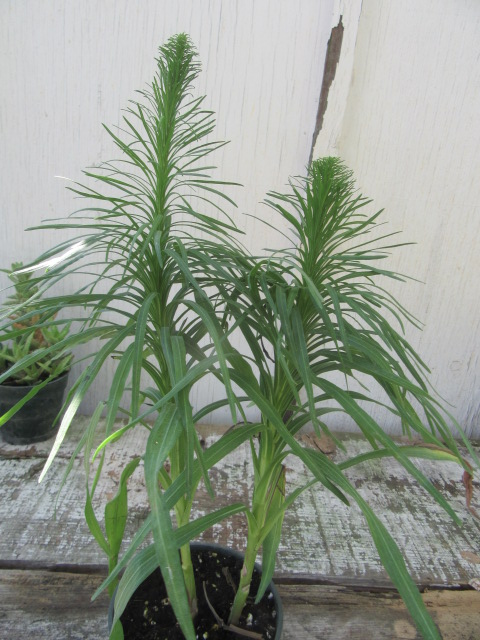 The genus, Liatris Gaertn. ex Schreb., was described by Johann Christian Daniel von Schreber in Genera Plantarum (short version) in 1791. The genus was previously named and described by Joseph Gaertner. Plants of the World Online by Kew lists 38 accepted species in the Liatris genus (as of 2-21-19 when I am updating this page). 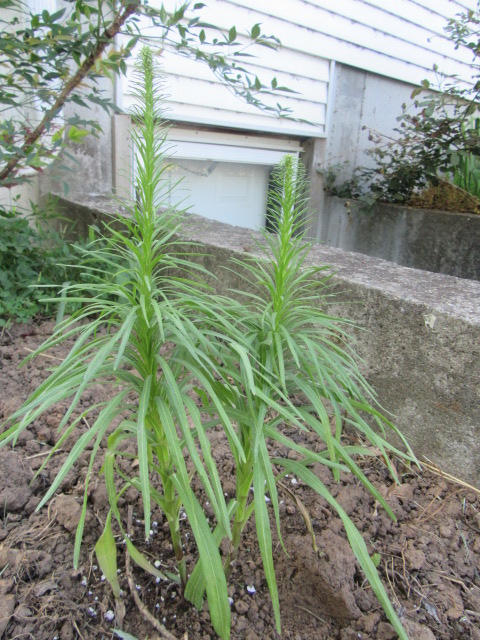 I bought my Liatris spicata from Wagler’s Greenhouse in the spring of 2017. I had rejuvenated the south bed and extended the corner a little which is where I planted it. 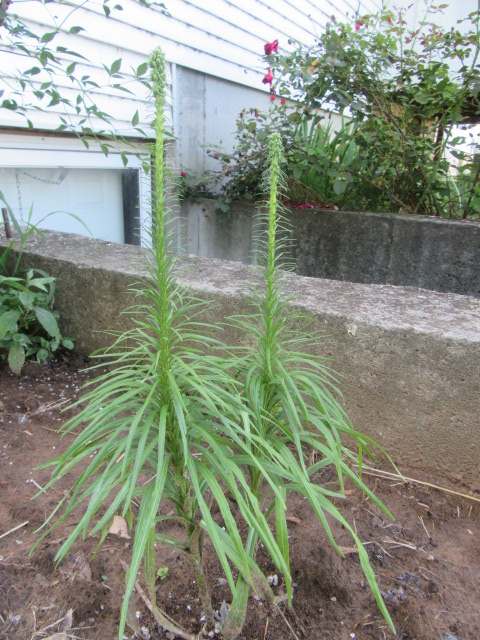 As with all plants, it seems to take forever for their puds to open. This one just kept getting taller and taller! Liatris prefer fertile soil but will be OK in any old soil as long as it is well-draining. They do NOT like wet soil in the winter, however. This plant is considered a herbaceous perennial but spread by corms. You can buy plants, corms, or even seed although seed-grown plants may be somewhat harder to get established.

They are drought tolerant once established but need regular water, especially the first season, to get their roots well established. 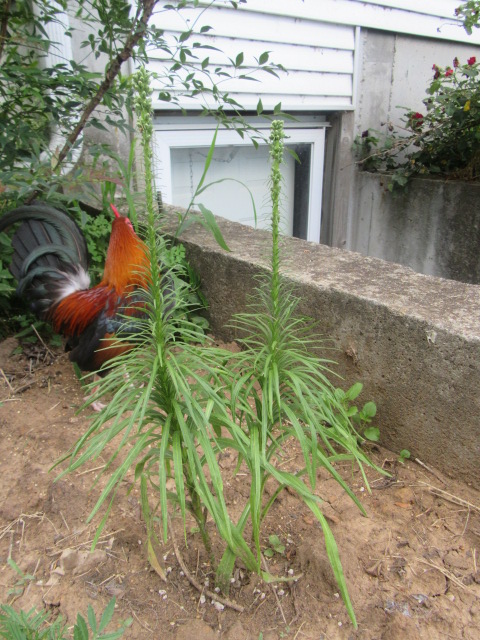 Liatris spicata on 6-24-17, #349-55. That’s Harvey in the background. He was a Black Breasted Red Old English Game Bantam and a good friend. He had a fox for a visitor one night and that was the end…

Once their flowers fade, the show is over. They need companion plants nearby for extended interest in the flower bed. I had transplanted ‘Brocade’ Marigolds in this bed which soon filled in the whole area and completely covered up the Liatris.

Well, that’s it for the photos of the Liatris. I may buy more of these to make more of a mass planting.

The Liatris spicata did not return in the spring of 2018 and I didn’t see any at the local greenhouses. Maybe in 2019…