Hosta ‘Blue Angel’ was developed by Florence Shaw and is a result of a cross between Hosta ‘Aden 365’ and ‘Aden 361’. It was registered by Paul Aden on Florence Shaw’s behalf in 1986.

Information I found online says there are 27 registered sports from Hosta ‘Blue Angel’ and it is one of the parents of five hybrids.

I found this Hosta ‘Blue Agnel’ at Mast’s Greenhouse on June 7, 2018, when I was with my sister and her husband plant shopping. They had several pots to choose from, but I chose this one because it also had several Yellow Wood Sorrel (Oxalis stricta) in the pot. I know that sounds a little whacky since it is growing everywhere, but the leaf color of these was different. Oxalis stricta is a variable species. Then when we went down the road to Muddy Creek Greenhouse, they had larger plants for about the same price. Oh, yeah. They didn’t have any Oxalis in the pot, though. 🙂 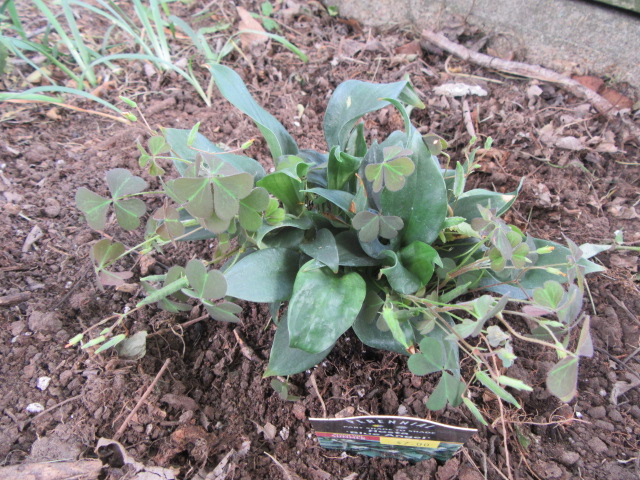 I planted the Hosta ‘Blue Angel’ in one of the new shade beds I made in 2017. I gave it plenty of room. This is supposed to be one of the largest of the blue-leaved Hosta so it has A LOT of growing to do. 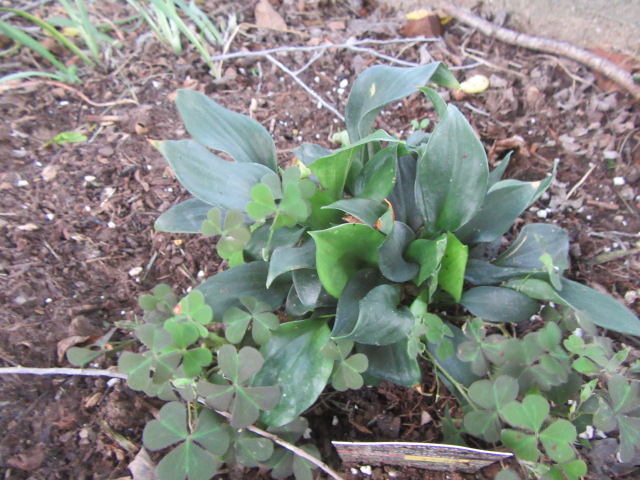 The leaves of Hosta ‘Blue Angel’ get very large. Different websites have different sizes, but one said the leaves grow up to 16′ long.

Hosta ‘Blue Angel’ typically grows to a height of 36″ tall with clumps as large as 72″ wide over time if they are not divided.

Information online also suggests this is one of the fastest growing of the blue Hosta and multiples more rapidly. Hmmm… 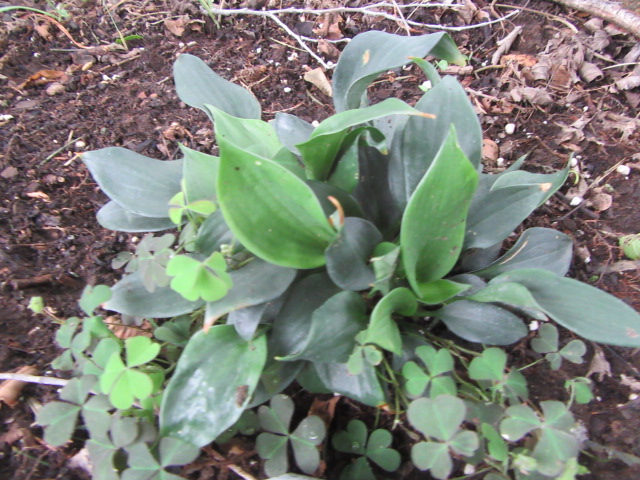 It was weird to me how a Hosta that is supposed to be large can have such small leaves. I guess I really didn’t think about it at the time. I measured the Hosta on June 21 and the Hosta ‘Blue Angel’ clump is still only 4″ tall x 9 1/2″ wide. Well, maybe I was expecting a miracle once I took it from its pot and put it in the ground. The Wood Sorrel is looking GREAT! 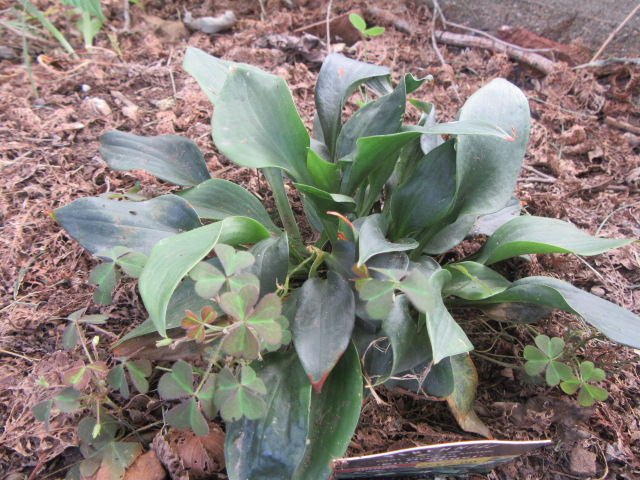 I just can’t help but think something is weird with this plant. It is growing and doing very well but it looks more like a miniature instead of a plant that will get quite large. Even though the clump may still be small for a few years, it should still have larger leaves than it does. Maybe the company used a growth regulator to keep the plants in smaller pots small. I don’t know… There are several plants in this clump…

Hopefully, Hosta ‘Blue Angel’ will make it through the winter and HOPEFULLY, if it is, in fact, a ‘Blue Angel’ it will show its true colors when spring arrives in 2019. Time will tell.

The Hosta ‘Blue Angel’ has survived the winter. NOW, maybe we can see if it is really a ‘Blue Angel’. If it remains small like it was when I bought it, I have no clue what this cultivar is. Time will tell…

After a month the Hosta ‘Blue Angel’ wannabe is looking pretty good. It is actually leafing out ahead of the other Hosta. BUT… It is showing many signs of being a miniature, or at least a smaller Hosta cultivar. Waiting for this plant to show its true colors is going to drive me nuts! 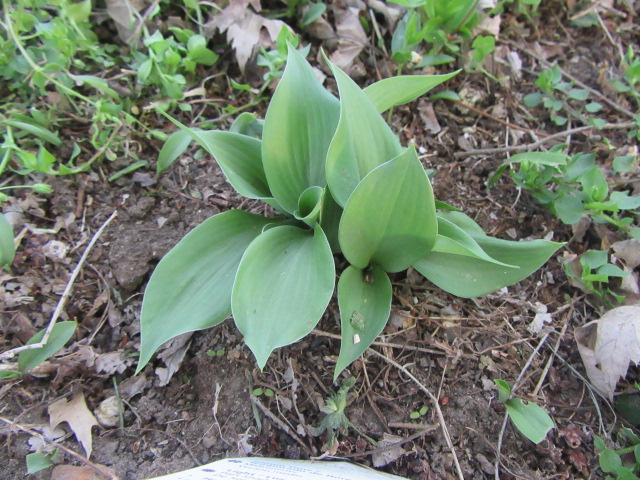 This Hosta is doing very good, whatever its real name is. 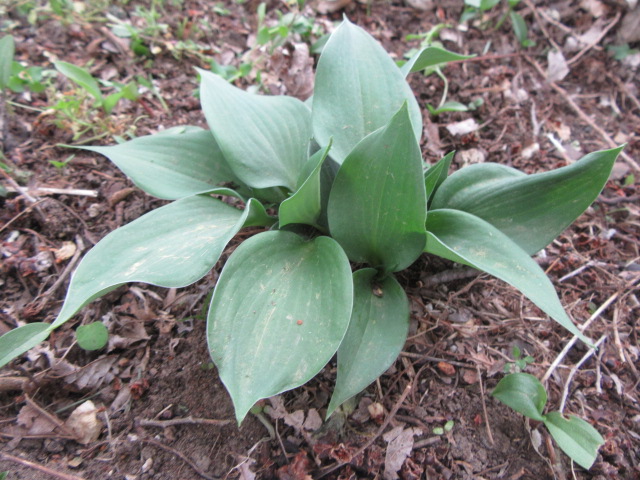 I really like this little Hosta but it is definitely not a Hosta ‘Blue Angel’ like the label says… When I go to Mast’s Greenhouse where I purchased it, I will ask him who his supplier was and maybe we can find out what miniature Hosta they have available. Its leaves don’t even match Hosta ‘Blue Angel’ except for maybe the color.

I will continue to add more photos and information as time goes by.

If you have any comments, questions or suggestions, I would like to hear from you. Please click on the “Like” below if you have visited this page. Click here for my page about the Hosta genus, growing information and sources. The links below are specifically for this cultivar. There are several good sources of Hosta somewhere toward the bottom on the right side of the page.